Bridge over the river Lérez in Pontevedra. Spain. 1995. 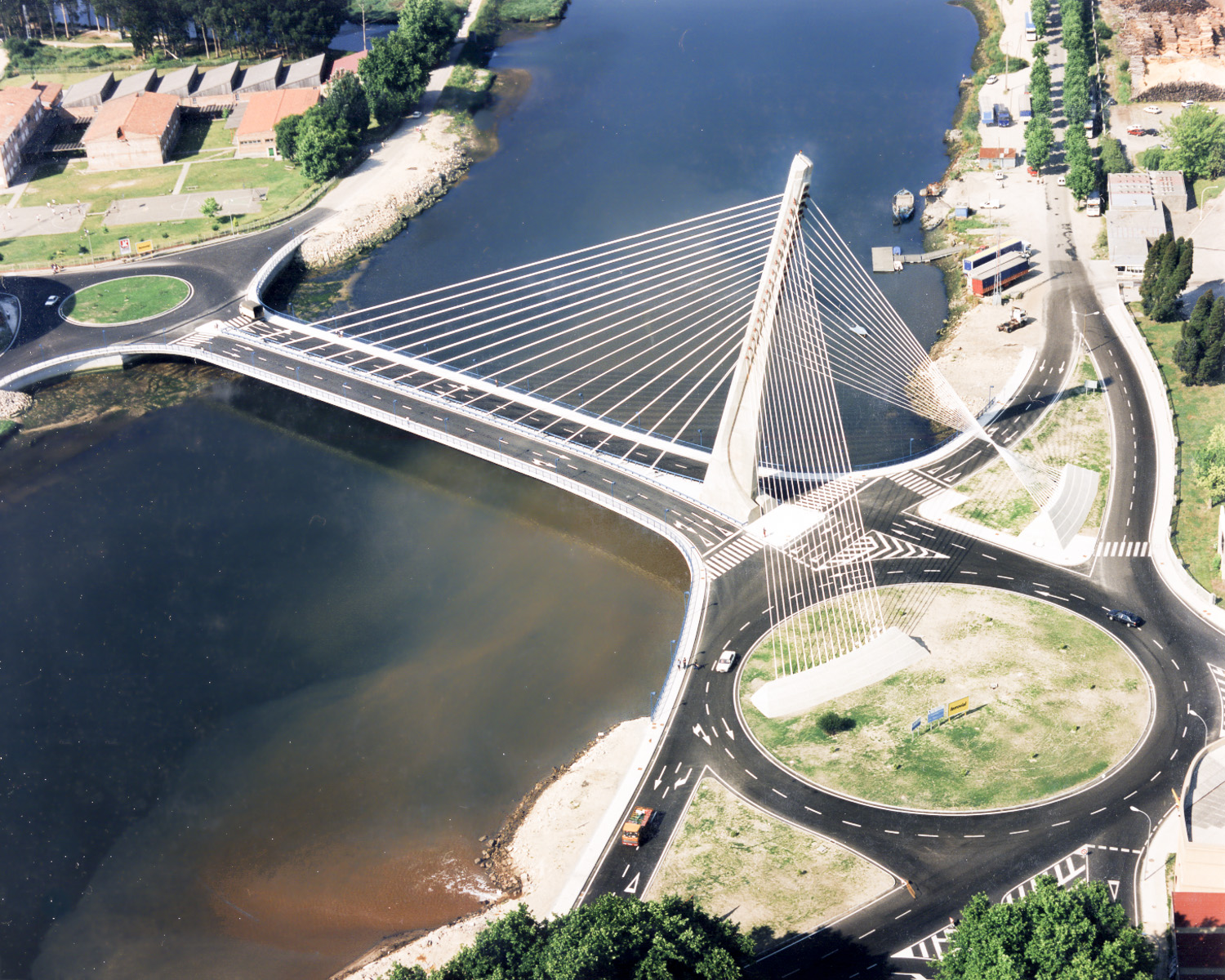 The bridge is crossed in a place where the shape of the river bed and the streets located at the river banks mean that the bridge would have to be made with a single span of 125 meters, without much height over the water level. A similar structure to that of the Sancho el Mayor bridge was adopted with this idea in mind, but with a different expression.

The position of the counterweights on the sides of the traffic lanes gives a spacial configuration to the stays, and this effect was increased on this bridge as the compensated groups were arranged in a hyperbolic paraboloid. These hyperbolic paraboloids have been one of the key factors of this project, as seen throughout the process, starting from the first sketch to the finished work. 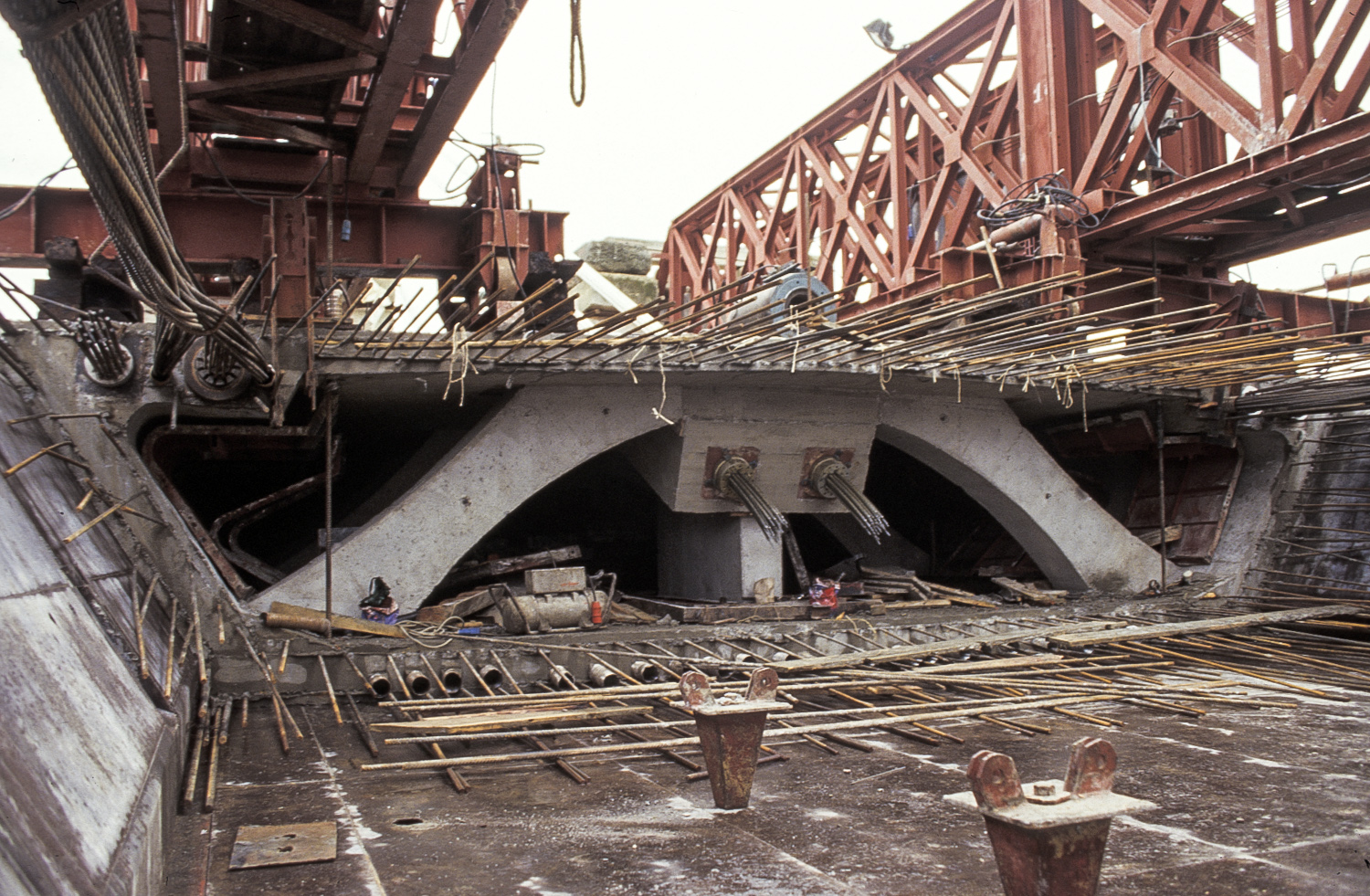 The inclination of the towers is also fundamental in the appearance of both the bridges. This inclination motivated by the overall structure balance gives rise to a force polygon similar to that of the Sancho el Mayor bridge.

The cross-sectional deck section is formed by a single-cell caisson, prolonged by side cantilevers. This caisson is inwardly triangled to shift the web plate loadings to the bridge axis where the stays

are anchored, and it is outwardly triangled so the cantilevers resist. The bridge deck is built with successive cable stayed cantilevers, which were concreted in situ by using a form traveler.

– A special mention to the Federation Internationale de la Precontrainte – 1978.