Construction of the Pumarejo Bridge in Barranquilla awarded to Sacyr. CFCSL project.

Sacyr Construction will build the longest bridge in Colombia 2.28 (km) and the largest public works project in the country, of 223 million euros. CFCSL developed for the ECOPUENTES consortium (IVICSA, JORGE FANDIÑO structuring COLOMBIA SAS and SAS) the studies of the structures that integrate those projects as well as projects of instrumentation and lighting of the mentioned structures. 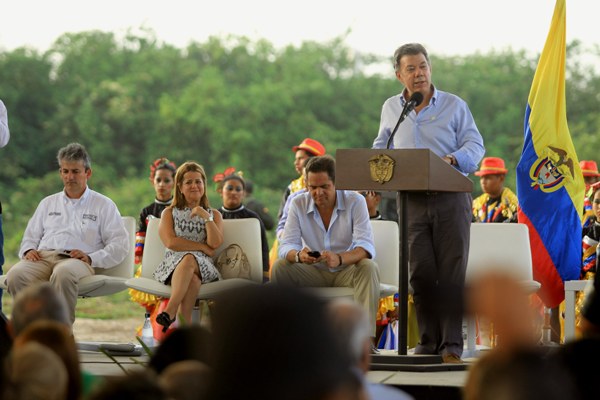 Barranquilla (Colombia), April 30, 2015.- The president of Colombia, Juan Manuel Santos, together with the vice president, German Vargas Lleras; coordinator of the Government infrastructure sector; the Minister of Transport, Natalia Abello Vives; and the General Director of INVÍAS, Carlos Garcia Montes; signed yesterday with the CEO of Sacyr Construction, José María Orihuela, the contract to build the Pumarejo bridge in Barranquilla, awarded to a consortium led by Sacyr Construction (along with Esgamo Engineers Builders) amounting to 615,000 million pesos consortium (223 million euros) and an execution period of 36 months.

After signing the contract, President Santos said: “We intend to make the greatest revolution of quality infrastructure, thus this work becomes the largest and most important bridge in the country, generating 5,000 additional jobs.” “With this large infrastructure project we are building a new history for the Colombian Caribbean, generating progress and competitiveness for the country,” said the CEO of the company, Carlos Garcia Montes.

Javier Muñoz Rojas, CFCSL engineer and Project Manager of the new solution of the Pumarejo bridge points: “It is excellent news that the largest and most unique bridge of Colombia will be implemented by a consortium led by a Spanish company as SACYR is. This highlights once again the competitiveness and great development acquired by engineering and the Spanish construction, which is allowing them to stay ahead of complex and unique international projects such as this. We hope that the execution of the works by Sacyr will be successful. “ 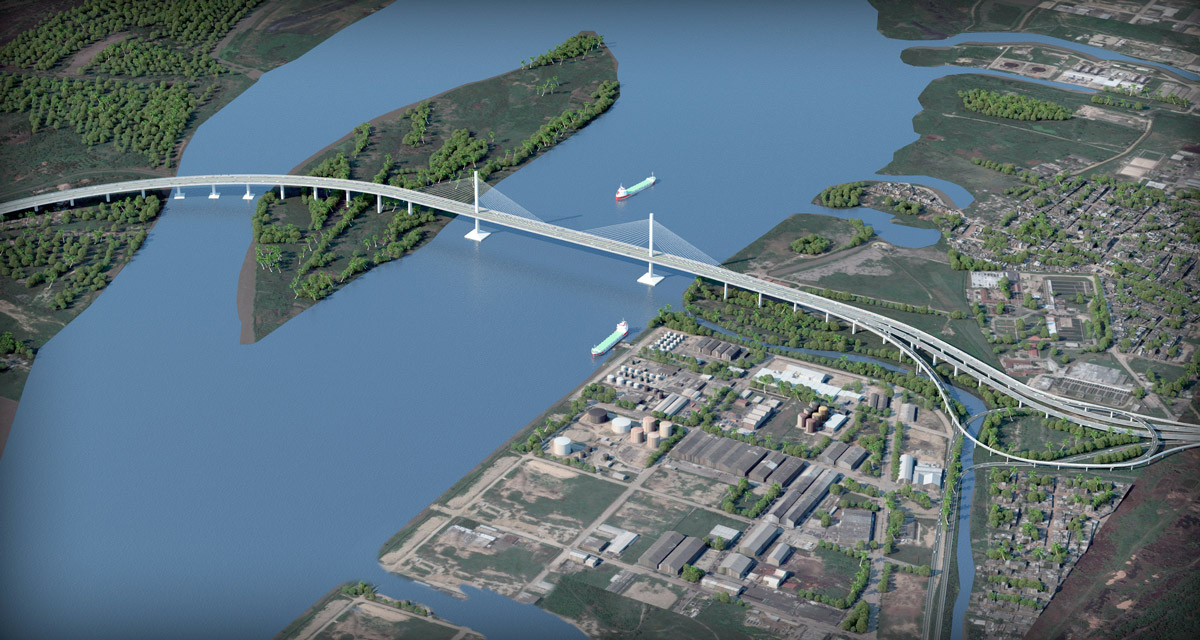 The work is considered as one of the most representative of the country, since the bridge will be the longest in Colombia with 2.28 kilometers: cable stayed in the central section, it will have a span of 380 meters between the 80 meters high pylons, entrances will feature box beams, the vehicular section will have three lanes, pedestrian area (2 m) and bike lane(1.50m) at both ends of the section, the width of the deck will be 38.1 m in the cable-stayed section and 35.1 m in the access sections, the clearance for the passage of vessels will be 45 meters. 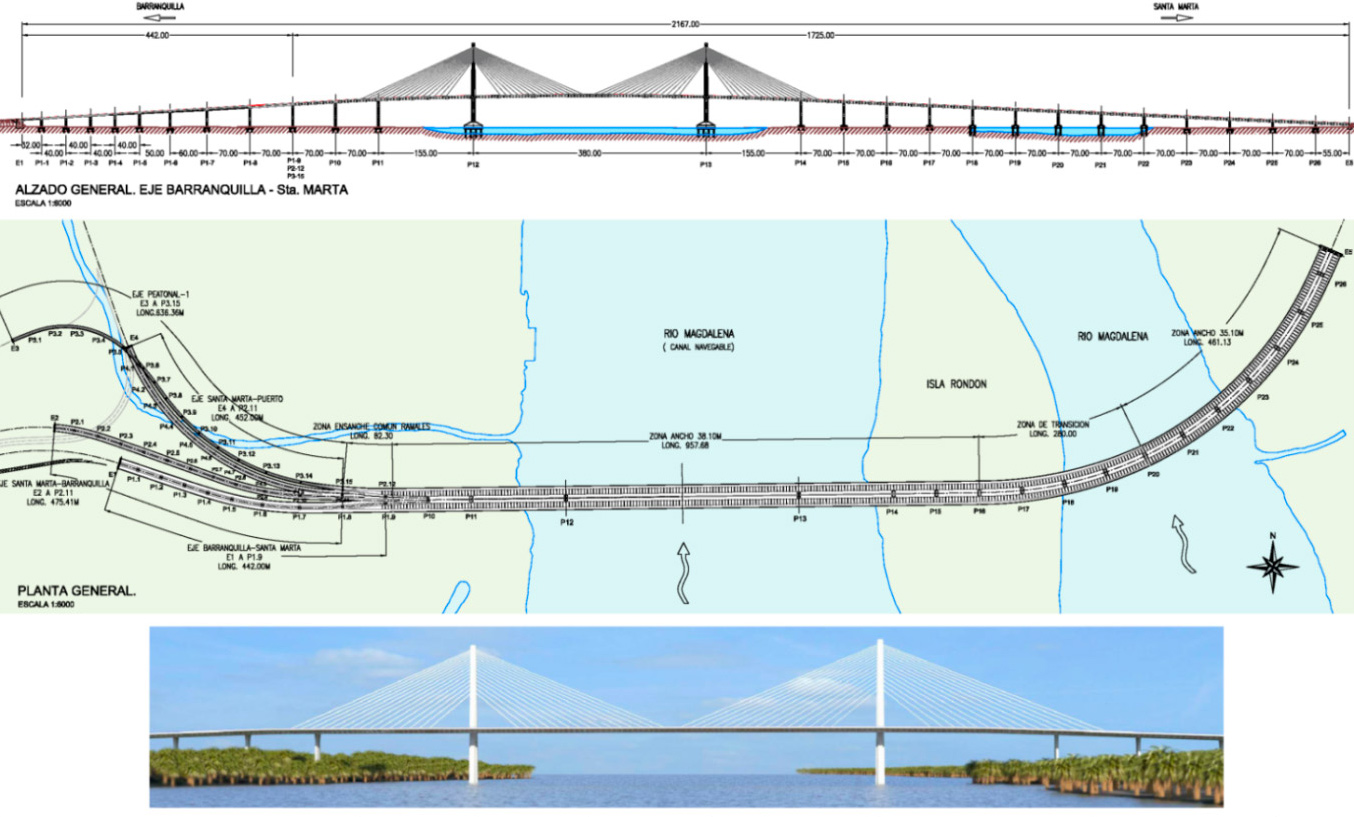 The Pumarejo Bridge will offer a comprehensive solution for crossing over the Magdalena River in Barranquilla that will allow the passage of large vessels, the comfort of users and the improvement of traffic, especially of heavy vehicles traveling in both directions; it will also increase safety and the service provided to users of this important road. 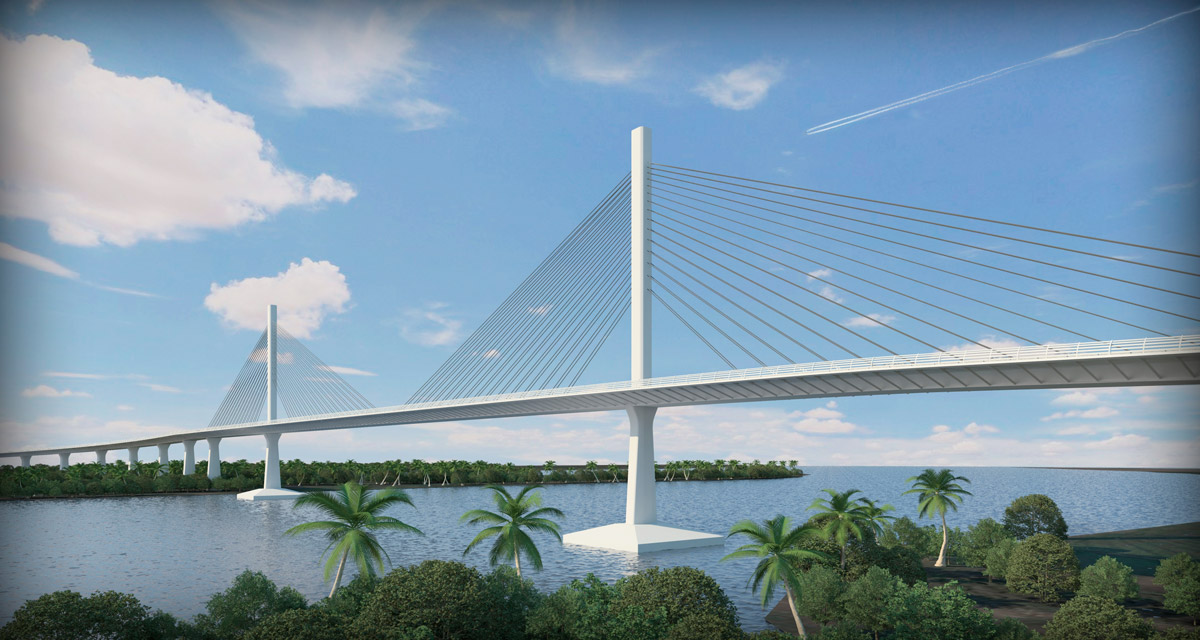