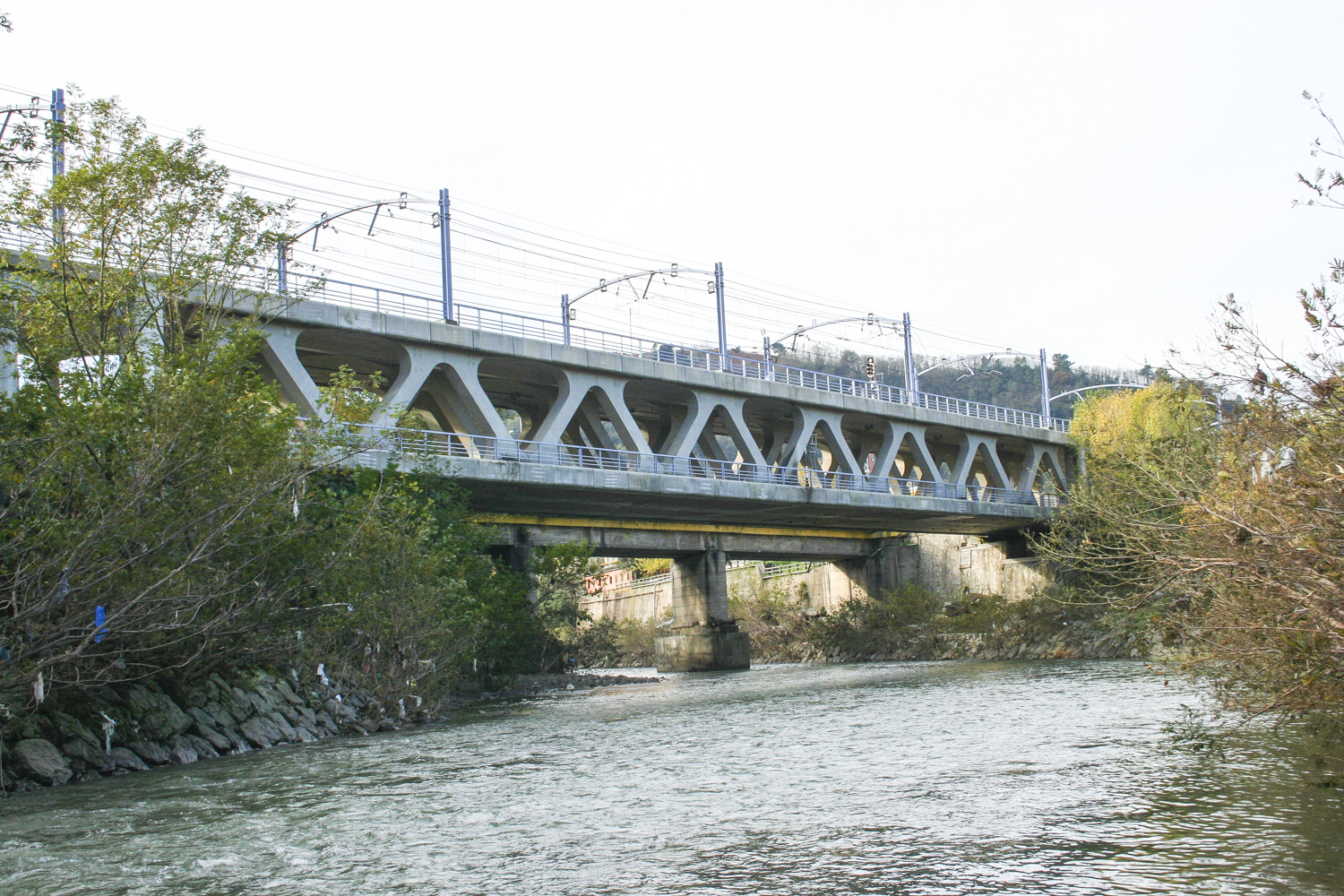 After crossing over the river using the two Bolueta arch bridges, the Bilbao Underground crosses over the river yet again at a place close to the second bridge. The underground spans the river at this point on two superposed levels due to the fact that the Etxebarri garages lie on the left river margin, which requires a crossing on a different level. Therefore, we had to create a bridge made up of two platforms over the river, extended on either margin through approach viaducts.

The bridge spans the river obliquely and the piers cannot be placed in the riverbed. Obliged by these conditions we built a single-span, 86 m long bridge. The two levels made us build a bridge using a prestressed concrete triangulated beam.  To make the structure as diaphanous as possible we used a Warren type girder. 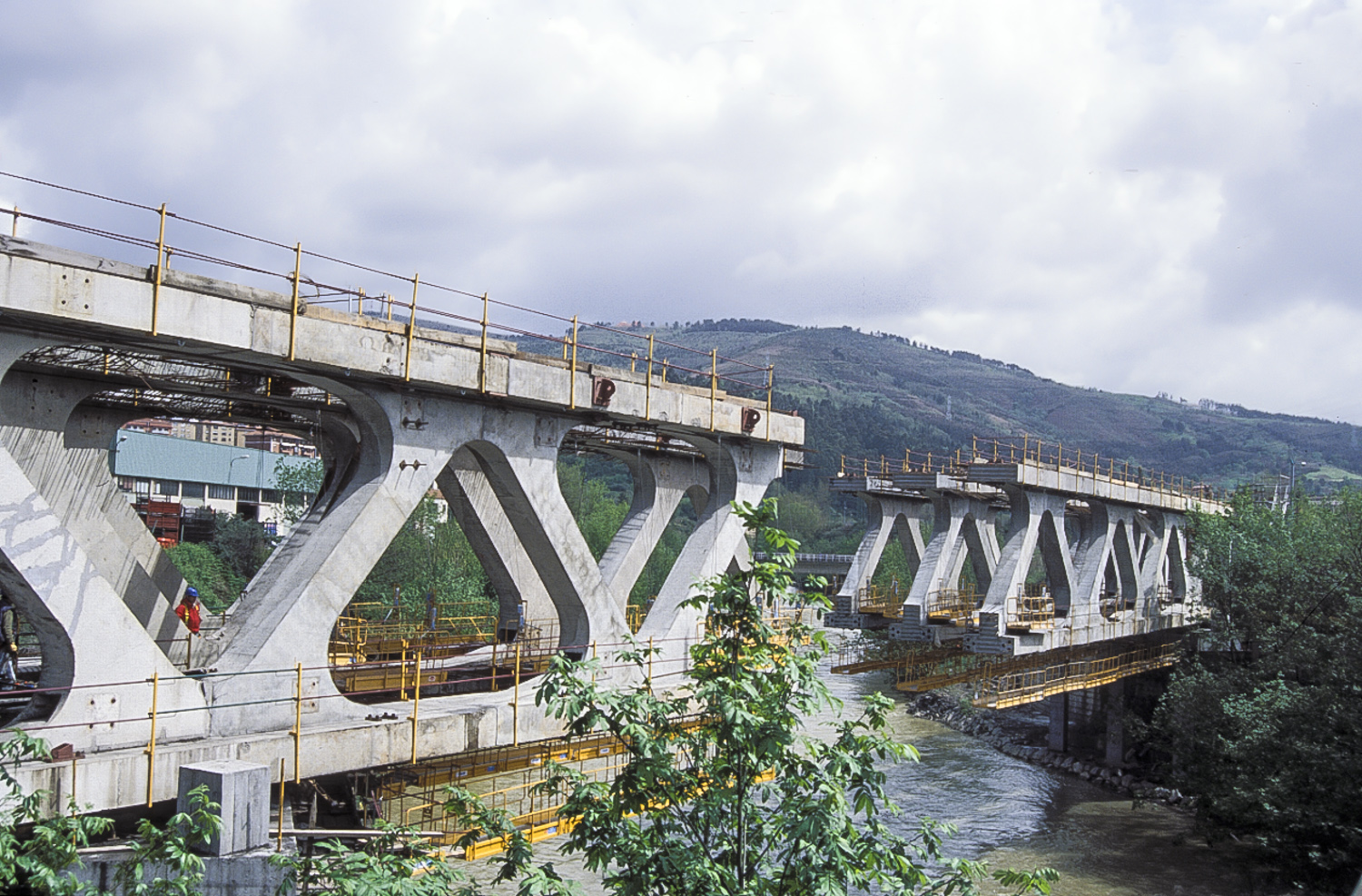 The obliquity and the load on both levels with two underground tracks each made us design the bridge using three beams, two lateral and a central one, connected by the upper and lower slabs.

The bridge is built using prefabricated Z-shaped segments made up of the upper and lower slabs and one beam. The segments are installed applying the free cantilever method with the help of a crane. They are first placed on provisional supports at the river edge, about 10 m away from the definitive supports. The bridge thus obtains its first provisional span with the cantilever springing from it until closing at midspan. Once the bridge is closed at midspan, the provisional supports are removed and the triangulated beam remains, supported on either end.