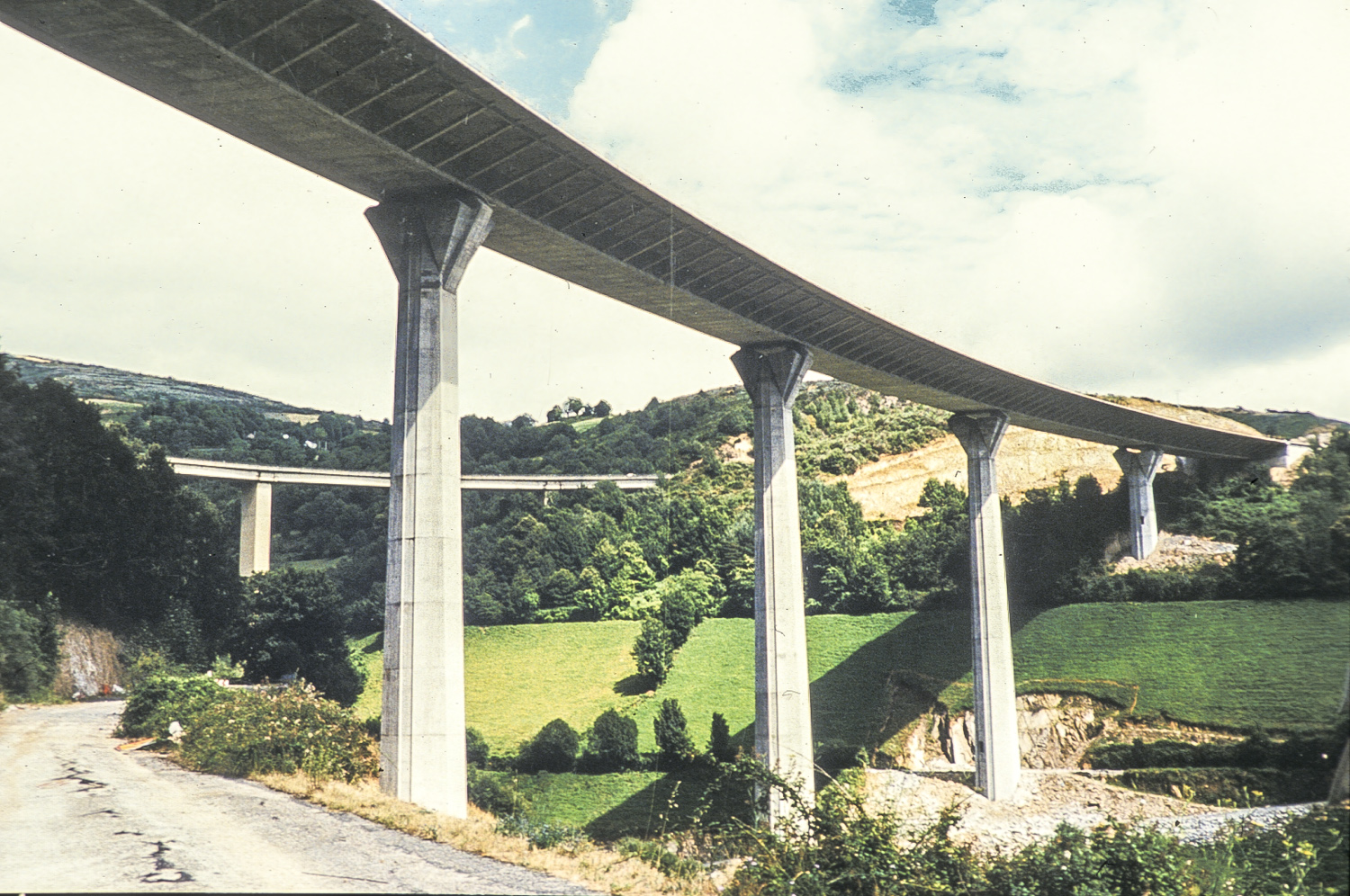 The A-6 highway access from Galicia to the pass of Piedrafita meant having to built two viaducts of similar characteristics at the Castro-Lamas/Noceda section: both cross a V-shaped valley and they are 403 m and 385 m long, with a maximum pier width of 80 m and 85 m. The total width of the platform is 26.50 meters.

The initial project solution, which we did for the Ministry of Promotion (housing projects, bridges, roads, etc), consisted of constant viaducts heights with main spans of around 100 meters; this required four piers to each viaduct with heights varying from 25 meters to 85 meters.

The construction company presented the possibility of modifying the building process by suggesting that the initial caisson was built by using prefabricated voussoirs, instead of building it with form travelers in situ.

In the face of this approach, and with the Ministry of Promotion’s authority, we designed the project modification for the construction company due to the change in building system thal this company proposed. 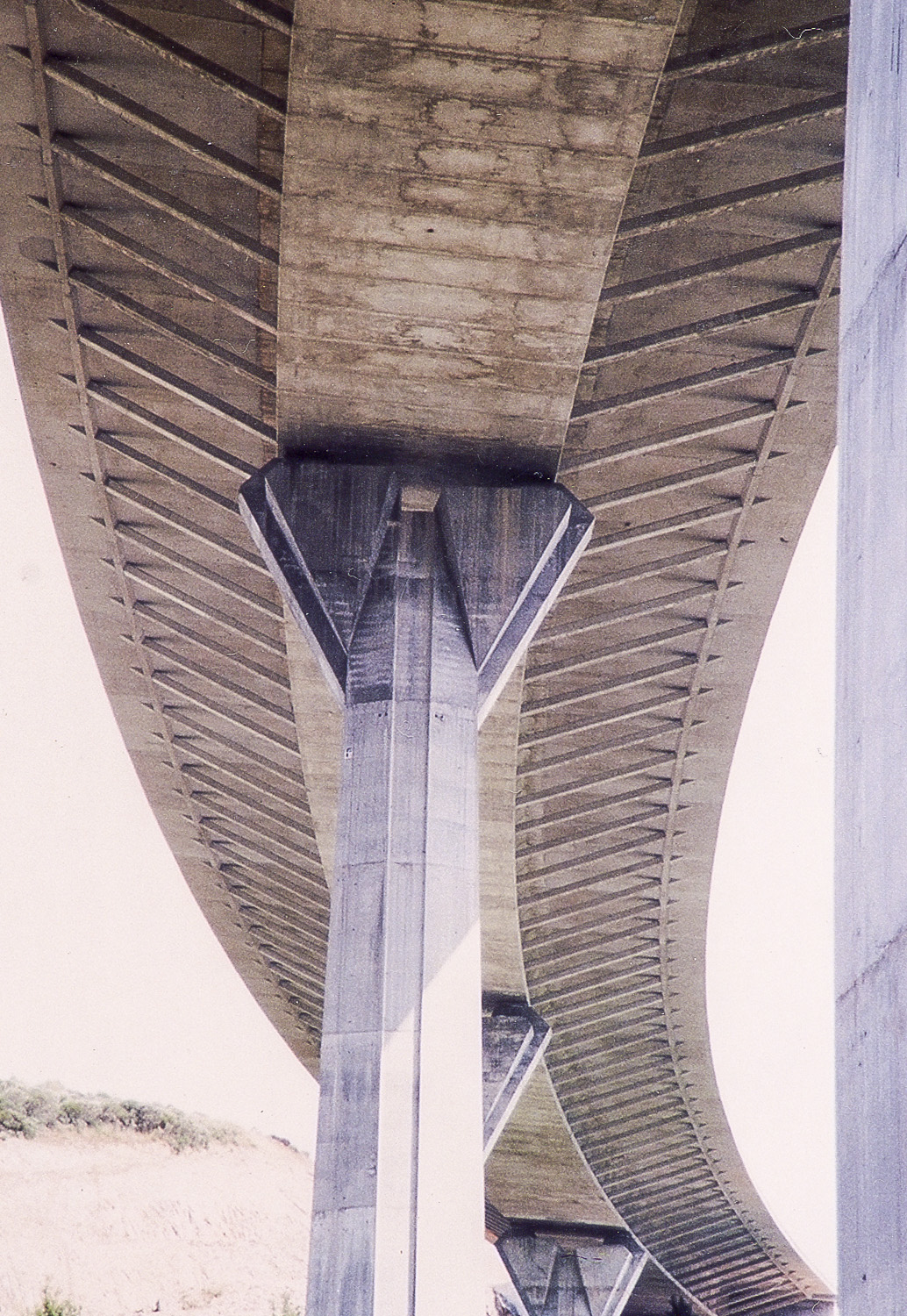 This change has led to the following modifications:

Firstly, the span has been varied since a 100 meter span was excessive for the means the company had available for mounting purposes. Therefore the span was reduced to 75 meters, which is the result of adding a further pier to each viaduct.

If we compare the fit of both solutions in the valley, both were equally valid. The 100 meter span version would have adjusted after making an optimization study with regard to the height of its piers. This span was slightly lower than the piers height for a viaduct with constant height piers. However, in the Piedrafita viaducts, this optimum span is logically smaller as we were dealing with V-shaped valleys. The advantage of using large spans is that it involves making less foundations, and therefore the project affects the valley to a lesser extent.

Secondly, the cross-sectioning was modified to reduce the weight of the voussoirs. Therefore the caisson dimensions were reduced as far as possible by increasing the cantilevers. We changed from the initial project trapezial caisson system to a rectangular caisson without any inward triangulation. The deck height was 3.70 meters, and the side cantilevers were 9 meters.

The construction was performed with successive cantilevers, and by initially resting the cantilevers on four jacks. This allowed their final position to be adjusted. The voussoirs were mounted with a launching girder which positioned them alternatively in the two cantilevers that were symmetrical lo each pier. Once a span was completed, it was crown constructed and the launching girder was passed until it was resting on the next pier.

The voussoirs were built in a yard far from the works by using two fixed formworks. The closure of one of the faces of each voussoir was done with the previous voussoir. This is what is known as “construction of voussoirs combined in a short line”.

These viaducts were completed in 1999.