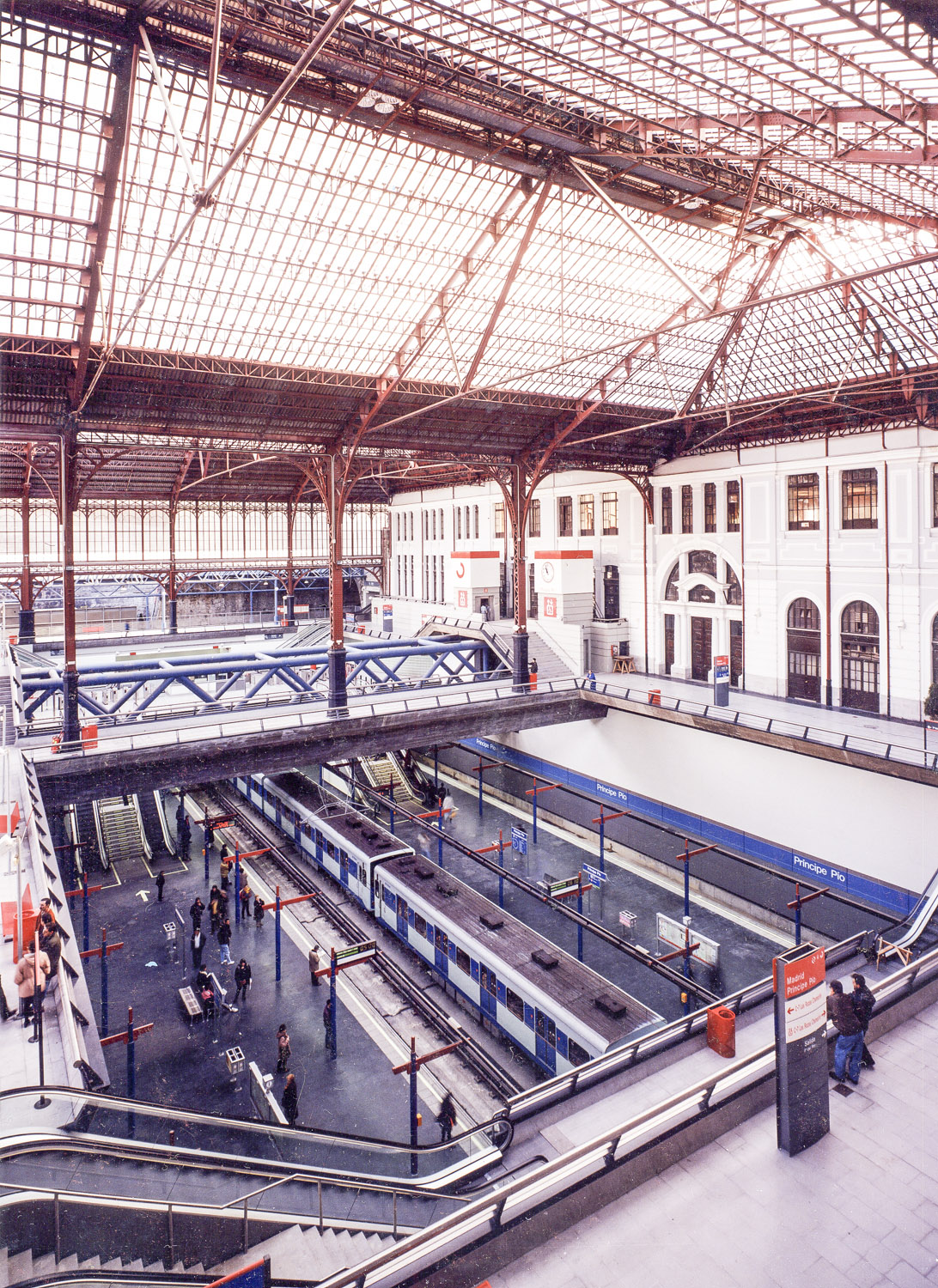 The redesigning of the railway junctions in Madrid has meant having to make changes in the uses of the Principe Pio station, which has become the Northern railway station from a long route terminal station to a station where local route trains and metros pass through.

Two metro lines, numbers 6 and 10, pass through the new combined station, lines that are orthogonal to the old railway station line yard. It is formed by an open-top trench which partially remains below the old line yard roofing, and partially below the old station building. The third Metro line, the North Opera branch, is placed at one end of the station and it obliquely crosses the previous lines at a different level The combined station has been designed in such a way that the three lines form one single unit that are directly linked with escalators between platforms.

The local route railway orthogonally crosses the number 6 and 10 lines station and then passes over it, which has meant having to pass one of the bridge tracks over the trench (included in the triangular bridges) and the other over the trench edge.

The station for lines 6 and 10 is formed by an enclosure of screened walls anchored into the ground. One part of the trench is open below the station roofing, but the other part is covered with a slab that must support the current station building; the slab is prolonged on the outside, below the street to cover the North Opera line station.

The Metro station slab cover and the mezzanine have been solved with a structure which consists of an orthotropous prestressed concrete slab whose ribs are inverted U-shaped girders. 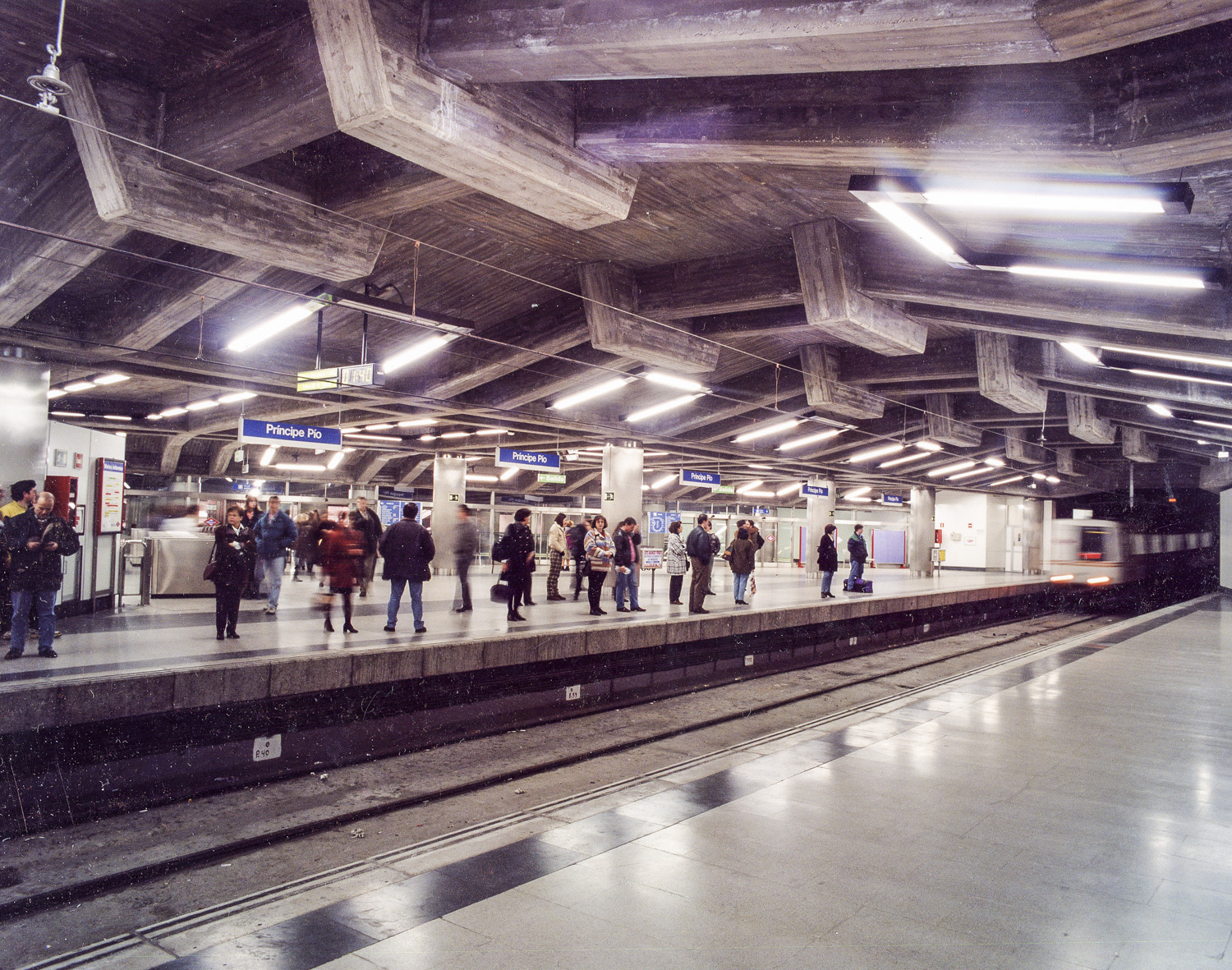 The basic problem with these slabs has been in their construction, especially the part that supports the building which has been carried out without dismantling the facades since the building is classed. In order to do this the internal building structure a reinforced concrete structure was firstly demolished and it was replaced with a metal structure hung from the lop trusses that  counterbrace the walls during the underpinning operation. As part of the building has been left hollow a windbrace structure has been made inside it.

The procedure followed to leave the building resting upon the slab has been as shown below:

a) Make piles on both sides of the walls. The bottom part of these piles will serve as foundations and the top part of them will remain as unobstructed columns in the station.

b) Make the slab that remains below the walls by bands.

c) Once the slab which remains below the building walls is finished, two girders were built parallel to the walls, which rest on the pilot pillars. These girders are linked together with a slab by means of a transverse prestressing.

d) Once the girders are finished they were longitudinally prestressed and then the bands were transversely prestressed, thus the walls were left to rest upon the slab.

The train yard roofing is formed by naves of Polonceau trusses that span 42 meters, built in 1881 and extended in 1932. This roofing has been extended by making the shortest nave longer to leave all the new Metro station under cover. This extension has been made with a similar structure to the previous ones.

The new station required a series of additional metal structures and they were all made with tubular structures including both the rail bridge as well as the local route railway station roofing.