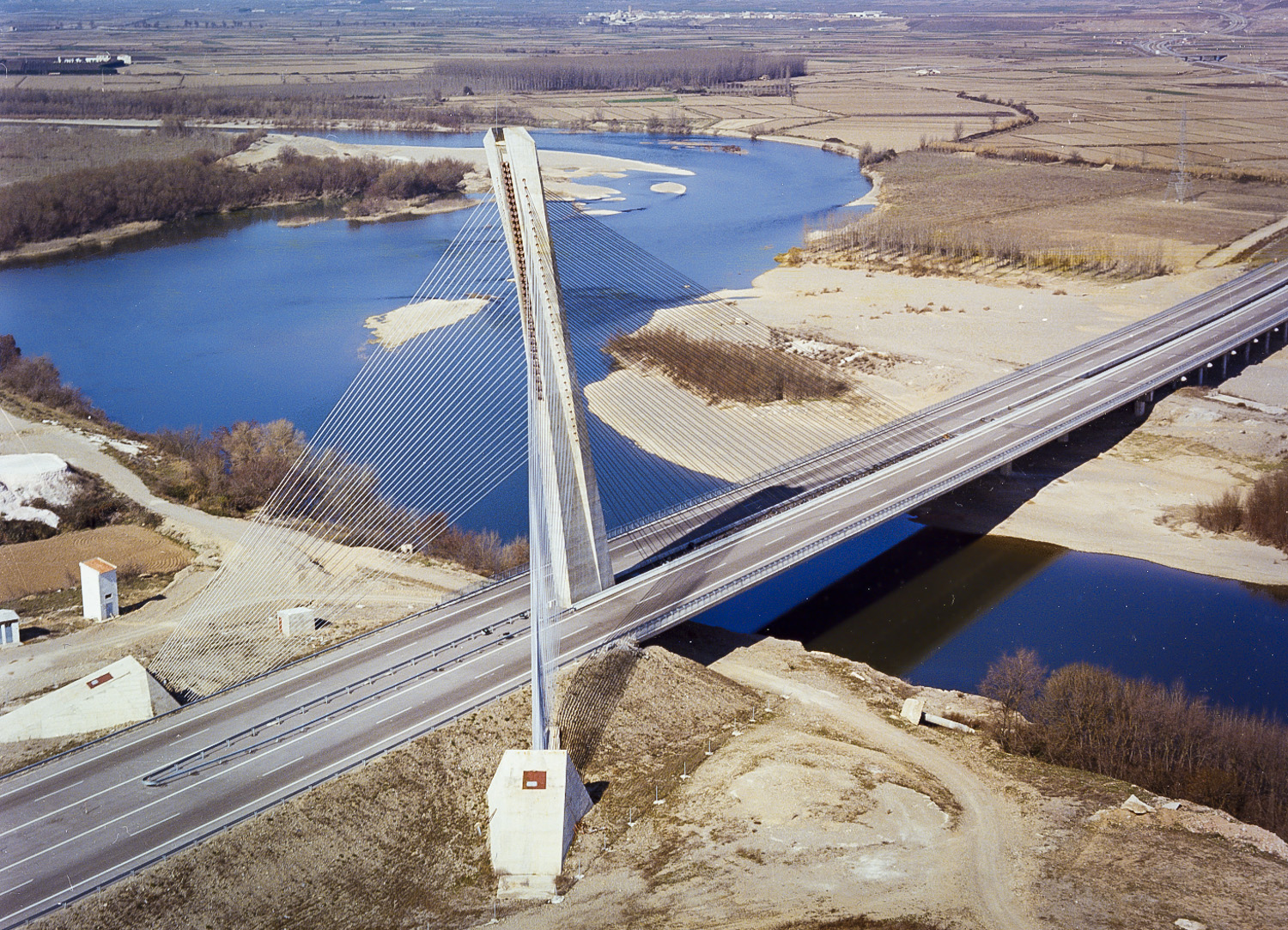 This is a cable stayed bridge with a single tower without a compensated span, and therefore the rear stays are anchored on the counterweights placed on the roadway edges. The stays are achieved from a tower placed on the roadway axis from which three groups of stays leave: the front bundle is divided into two very c10se parallel bundles, which are lodged in the median strip of the roadway, and the three rear bundles are anchored on the counterweights. 1200 angles are formed in the structure between the three bundles, which provide a spatial shaping to the collection of stays. 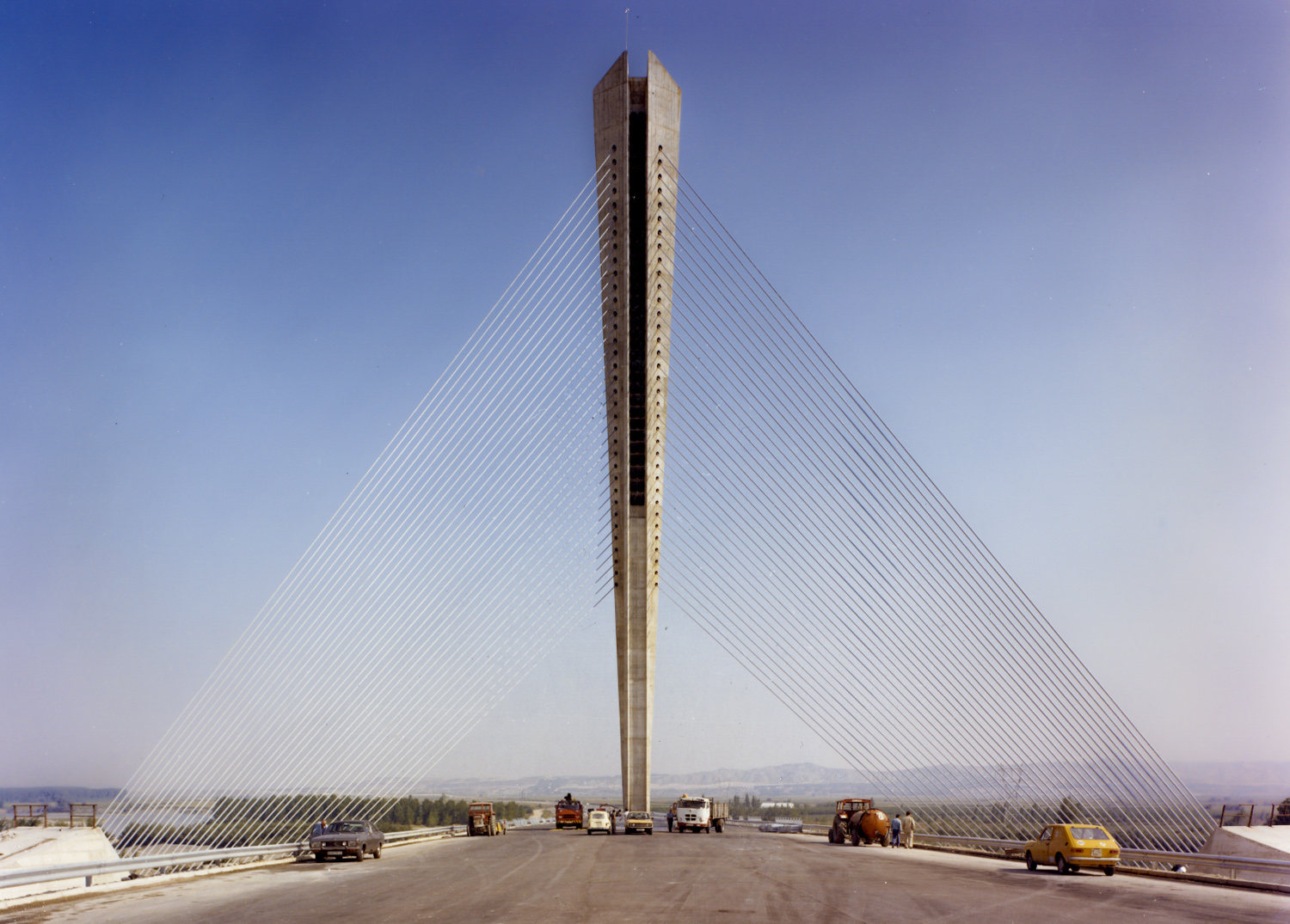 The bridge was built by successive cable stayed cantilevers from the tower to the end pier, by using prefabricated voussoirs. The deck was divided into two semivoussoirs, which were supported by concreting in situ.