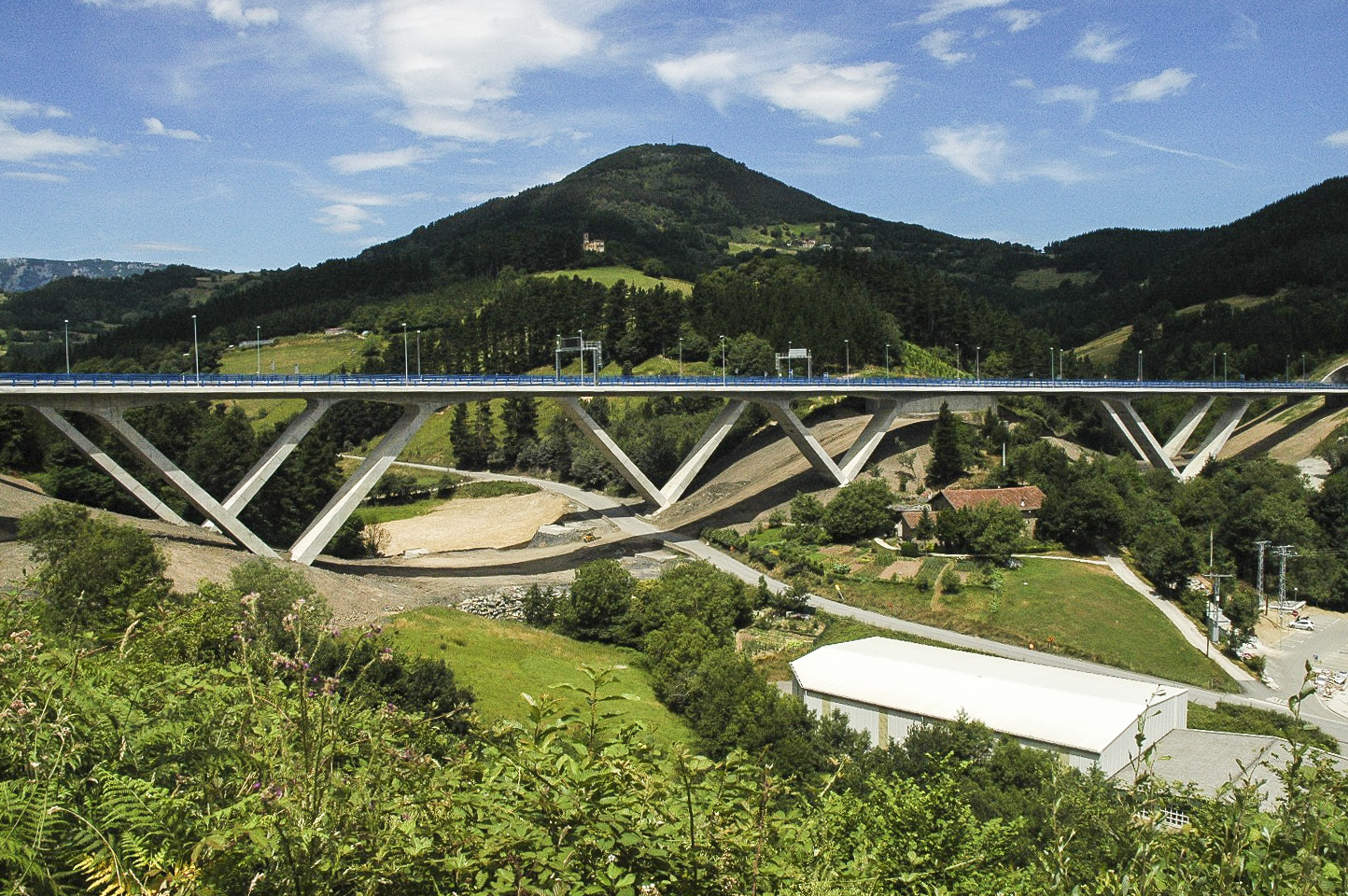 The Basagoiti Viaducts are situated over the village of Aretxabaleta on the stretch between Arrasate and Eskoriatza of the new Deba Motorway linking Vitoria-Gasteiz with Eibar.

The viaduct is approximately 420 m long and has a maximum height of about 45 m over the bottom of the valley, which compelled us to design spans of a considerable length. This height and the proximity of the village of Aretxabaleta made us propose a singular solution: the span between the supports that amounts approximately to twice that of the deck, thus allowing us to design long spans in a slender deck.

This  is achieved by using open, V-shaped piers making the span between the limbs equal to that between the Vs. While the behaviour of the deck is similar to one with vertical piers at the points of support of the Vs, in contrast we obtain half the number of supports on the ground. 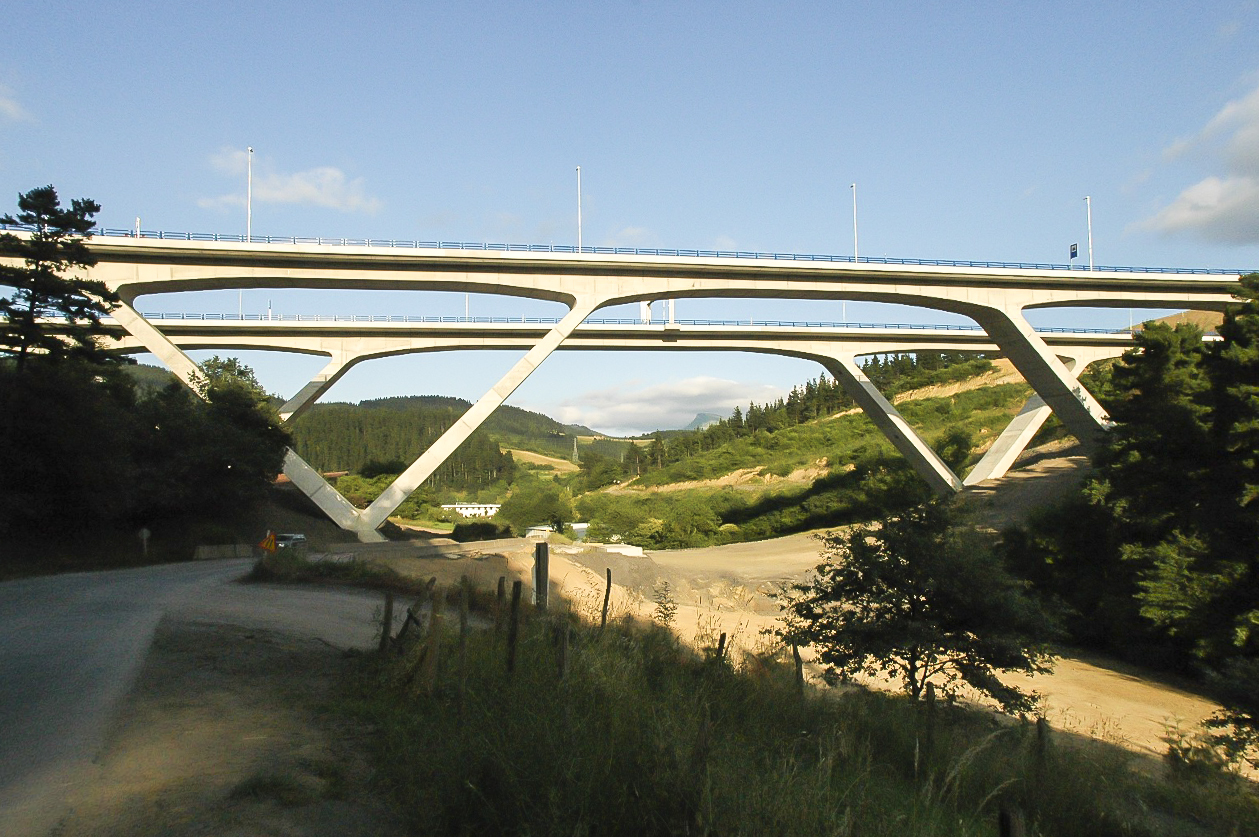 The abutments of the viaduct are situated at the exit of two independent tunnels, one for each carriageway. This circumstance requires a large separation between the two carriageways. Due to this separation we had to design two viaducts, one per carriageway.

The decks are made up of a single-cell prestressed concrete box girder of a 5.50 m width with 3.25 m lateral cantilevers. The greatest problem we faced in the study phase concerning these decks was the fact that they are curved in the horizontal plane, with radii on the order of 750 m and transverse slope of 7.8%, producing strongly asymmetrical box girders due to the fact that their bottom side is horizontal.

The slanted piers have a rectangular cross section of the same width as the box girder. Their depth is variable ranging from 2.25 at the base of the V to 1.70 m at the point of union with the deck.

Every two slanted piers are joined by means of a plinth extended into the foundation footing. All foundations are shallow, except those of the pier 1 on the right hand side viaduct, which are deep, thus requiring the use of piles.