Viaduct over the ria at Pontevedra on the Atlantico highway. Spain. 1992. 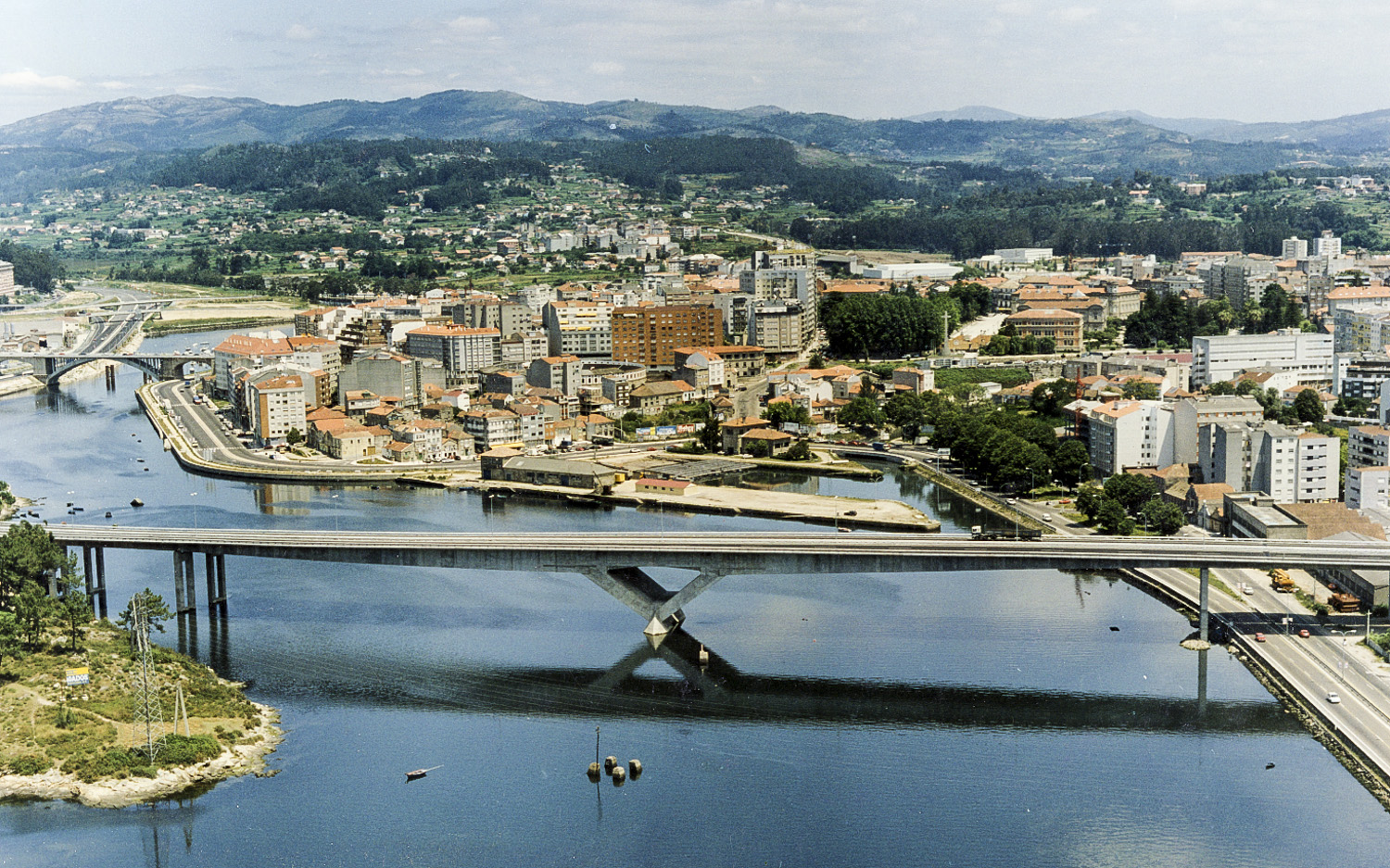 The bridge over the ría at Pontevedra is a viaduct of large dimensions built closely to the city. It has two main spans of 120 meters, and an approximate total length of 700 meters.

The ría at Pontevedra at the level of the new highway bridge is approximately 250 meters wide, divided by an almost centered line, formed by a wing dam that separates the navigation channel from the shallowest area. It is for this reason that the bridge has been designed with a central V-shaped pier and two main spans of 120 meters that pass over the ria completely. These two main spans are prolonged to both sides by means of access viaducts consisting of 4 spans of 30+3×40 on one bank and of 30+7×40 on the other river bank. 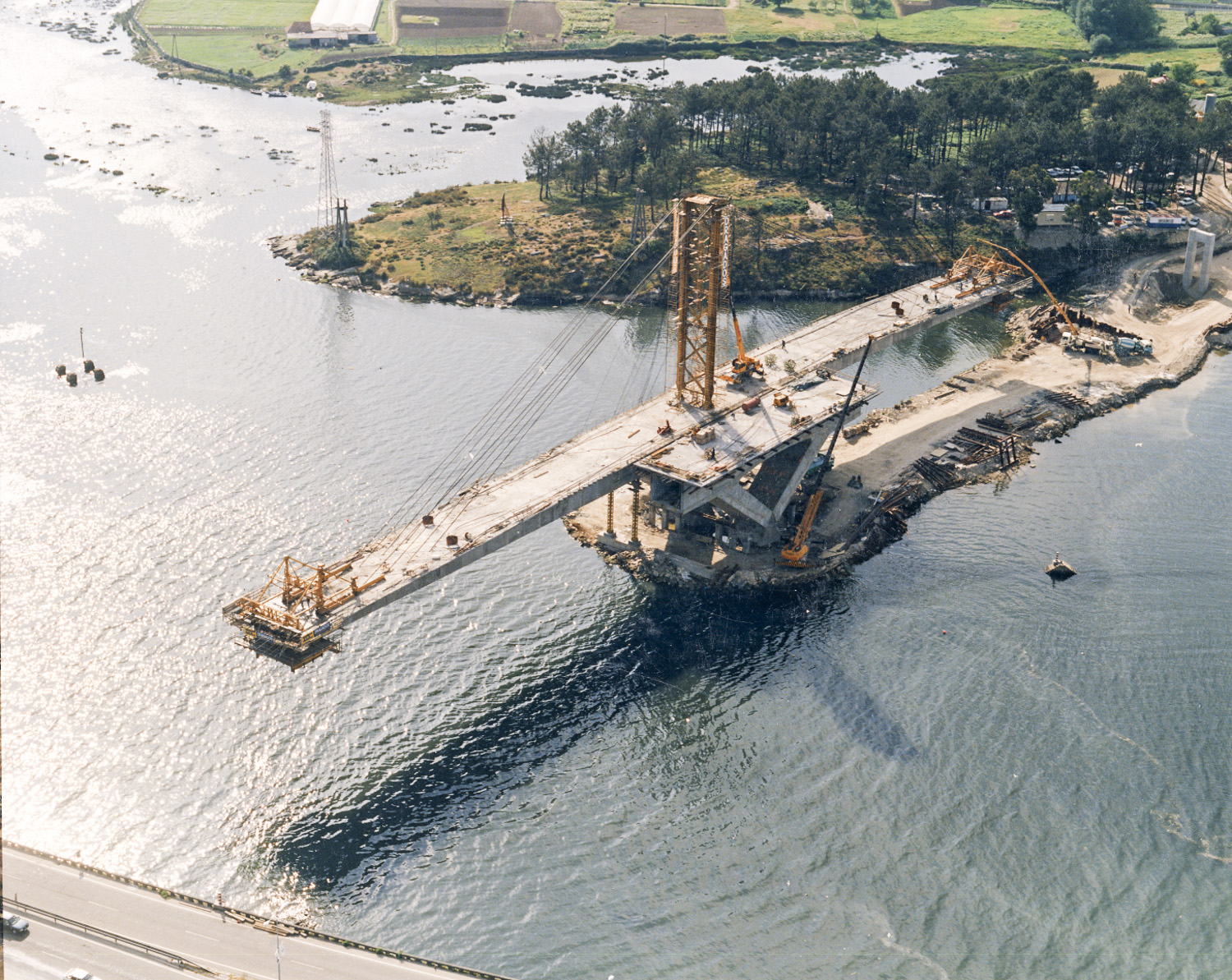 The viaduct is split into two independent decks, each of them formed by a variable height caisson, where the maximum height on the V-shaped central piece is 5.68 meters and the minimum height on the ends is 1.90 meters; this height remains constant on the access viaducts.

The main bridge construction was carried out by provisionally movable temporary stay arrangement, starting from the V-shaped central that is built into the foundation, and moves out in symmetrical cantilevers until the side piers are reached.

The stays are symmetrical and they were carried out from a metal tower located on the bridge axis that had to be resistant to the transverse forces produced by the stays at the top of the tower, since the bridge is curved. As with the bridge at Cuenca, the stays were withdrawn when the cantilevers were resting on the side piers. The access viaducts were built in situ on a falsework.