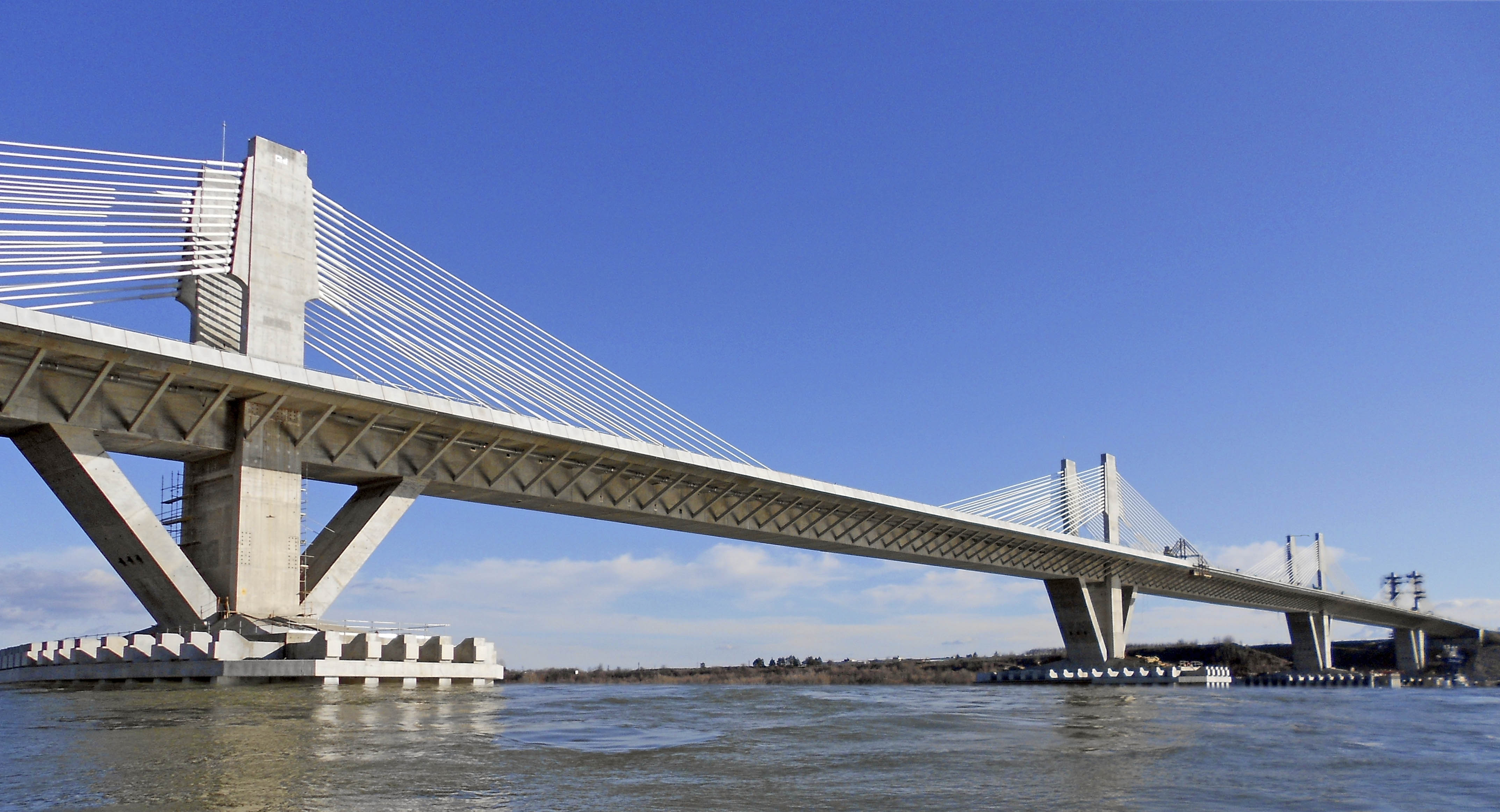 This bridge connects the Bulgarian town of Vidin with the Romanian Calafat. At this spot in the Danube there is an island that divides the river in two. The part between Rumania and the island is navigable whereas that between Bulgarian and the island isn’t.

The fundamental concept behind our proposal for a combined road and railway bridge over the Danube is to make the train circulate in the centre of the bridge between the two carriageways.   The joint rail and road axis in the plane permits the construction of a single deck. We believe that there are many advantages to this proposal. 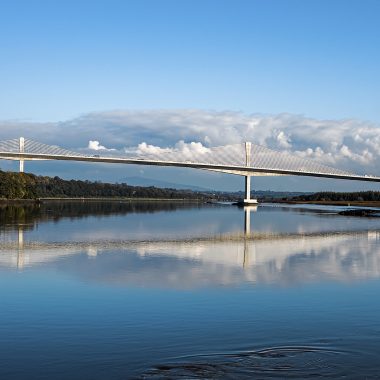 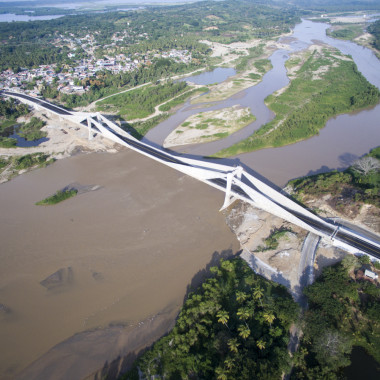 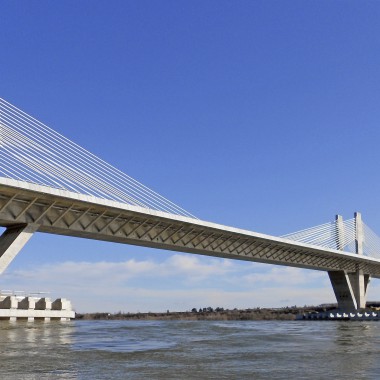 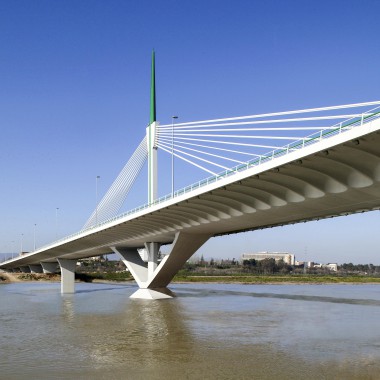