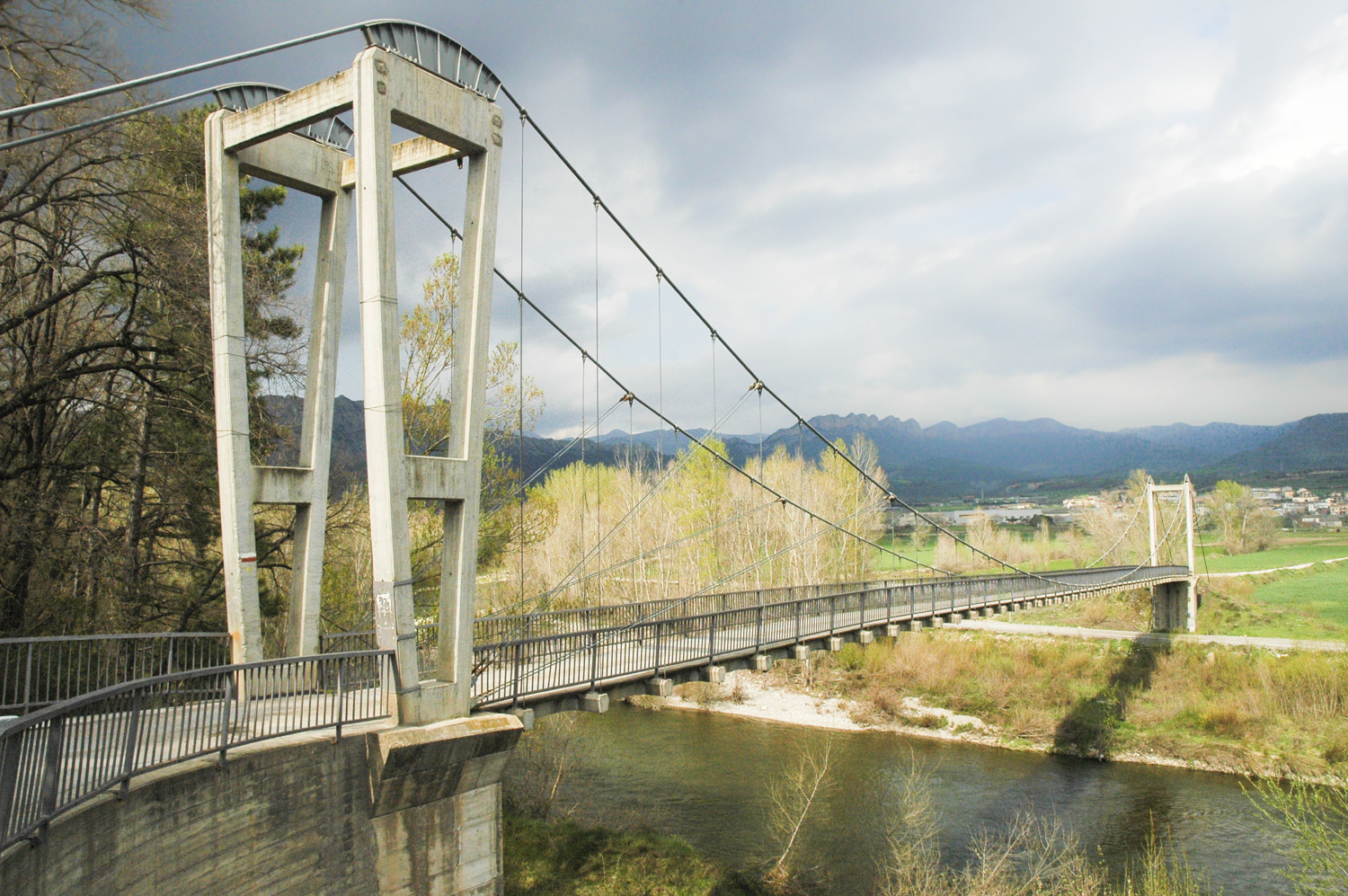 A basic project approach to this group of bridges was to achieve the greatest prefabrication rate possible. The deck were all made with prefabricated voussoirs, these being exactly the same in all three light bridges, which consiste of ribbed slabs. The voussoirs on the Figols bridge had a bicellular caisson.

The lowers were also prefabricated; they are formed by trapezoids with the widest point at the top, due to the dimensions of the saddle which had lo have a wide radius between two and three meters to avoid their curvature having to make the main cable diameters increase excessively as a result of the uncurving tensions that the saddled pieces produced.

The main cable anchorage-blocks were also prefabricated and they were fixed to the land by using operative anchorages lodged in the foundation plates. 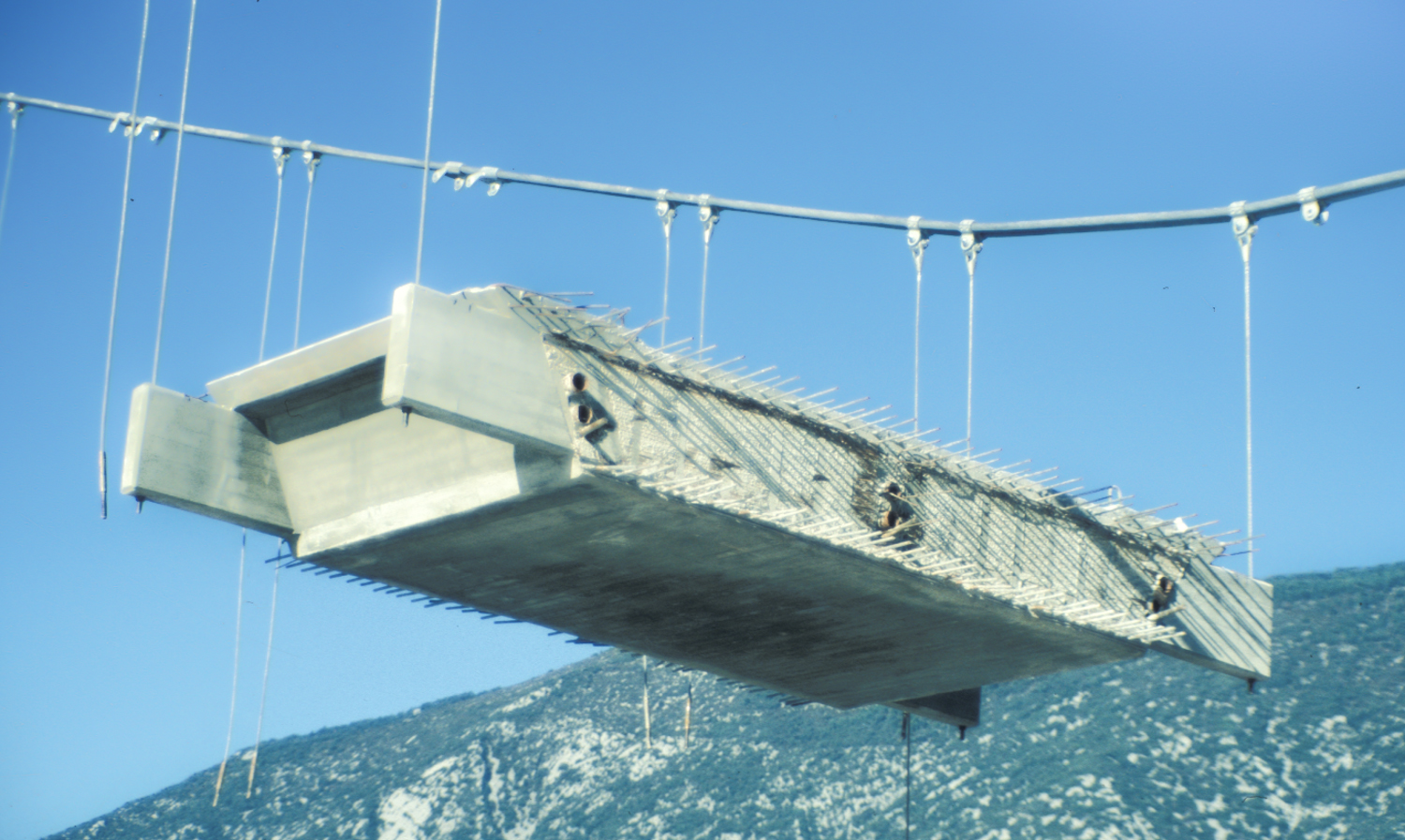 The main cables become rigid by means of negative slays (which go from the foot of the tower to the main cables) with a view to reducing any deflection in the deck and any vibrations caused by the loads.

AII the prefabricated pieces were made in a central workshop and were transported to the different sites. The towers were mounted first, then the main cables: subsequently the prefabricated pieces were hung from them, then the negative slays were mounted and finally the joints between the voussoirs were concreted and the deck was prestressed longitudinally.

All these bridges were completed in 1984.