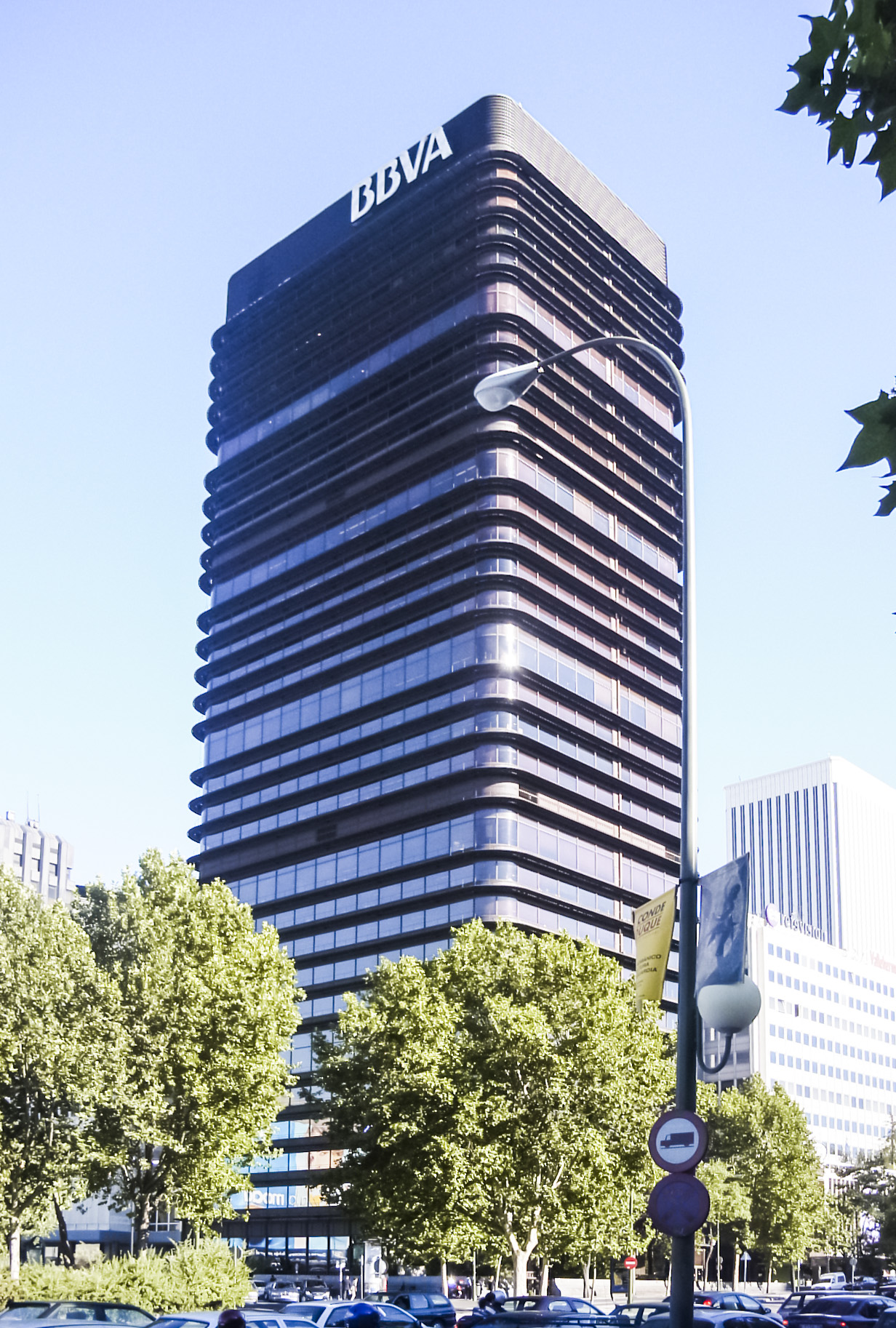 This building has 31 storeys above ground level and four below ground level, where the installation premises and storerooms were placed.

The main special feature of this building is in the fact that it is assembled upon the rail junction tunnel between the Atocha and Chamartín stations. This situation brought with it the peculiarity that the main building supports had to have a 19 m separation among the inside faces. 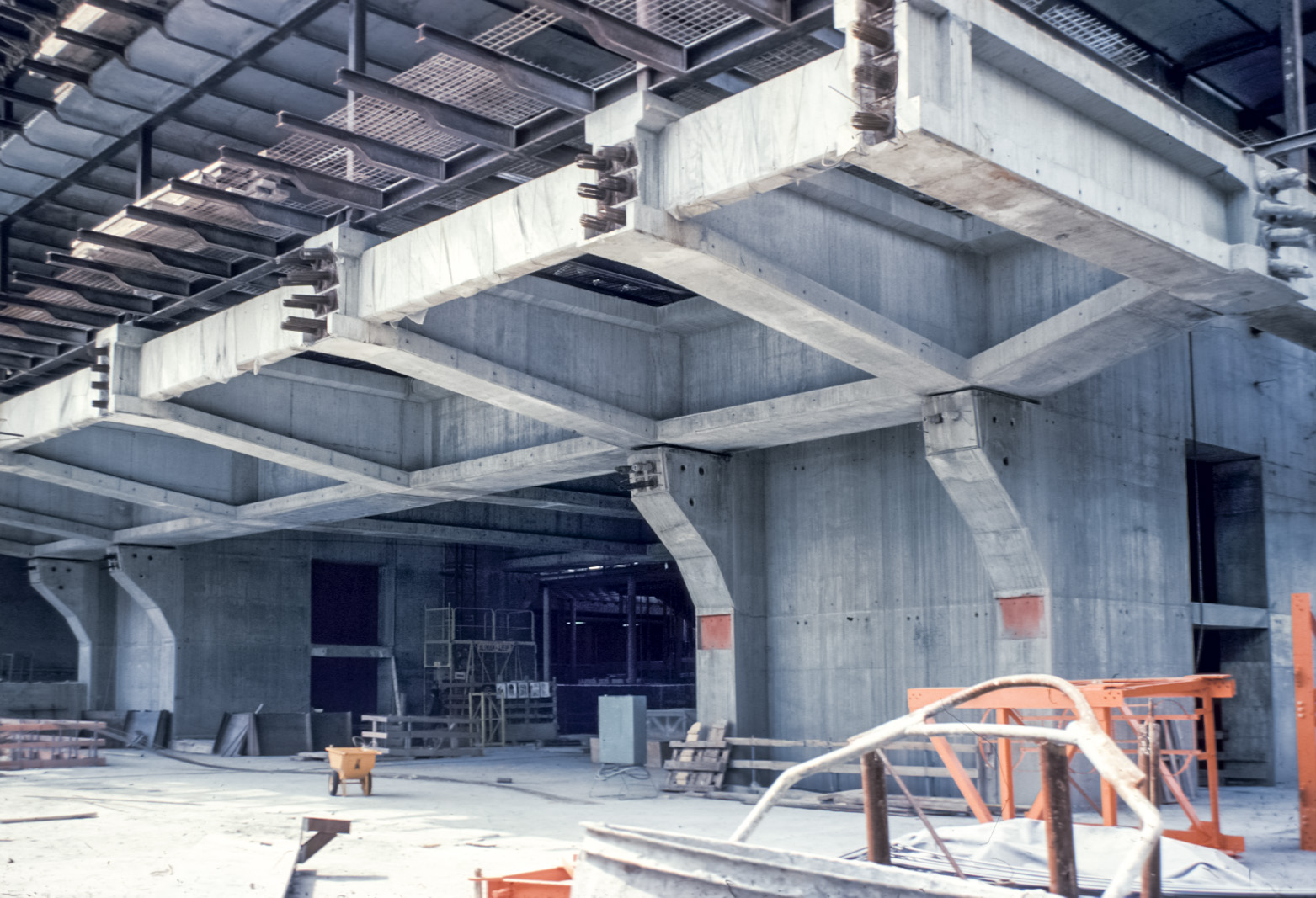 Building the structure of each storey with a surface area measuring 30 m x 40 m so it had this particular span, proved particularly expensive.

Therefore, a decision was taken to concentrate the work by bridging the tunnels on 6 prestressed concrete platforms, where each platform supports five normal light metal structure storeys. The

prestressed concrete platforms rest upon the vertical communication nuclei placed at each side of the bottom tunnel.

The problem this grillage presents is in its resting on the nuclei. These nuclei are formed by a box-section, through which the lifts move up and down.

This box-section is 10.56 m long and 6.3 m wide, and its walls are 0.85 m thick. The two large longitudinal grillage girders have a 2.01 m height, they are prestressed and they have a double-T section. The transverse girders are also have a variable height of between 2.01 and 1.41 m on the edge. The whole grillage is prestressed. The problem of joining the nucleus and the platforms came about  from the flow deformations and from the concrete retraction of the platforms, which created very significant stresses in the vertical nuclei, tese being considerably stiff nuclei that are built in the foundations.

In order to avoid such problems, it was firstly stipulated that these prestressed concrete platformes were prefabricated and that they were attached to the nucleus by prestressing, however, they were built “in situ” as it was more convenient for the construction company. Therefore an outside support was required that on leaving the nucleus, would allow for the longitudinal movements to be made without any constraints being caused.