Work commences on the deck over the arch on the Bridge over the River Tajo. Alcantara Dam. Caceres. 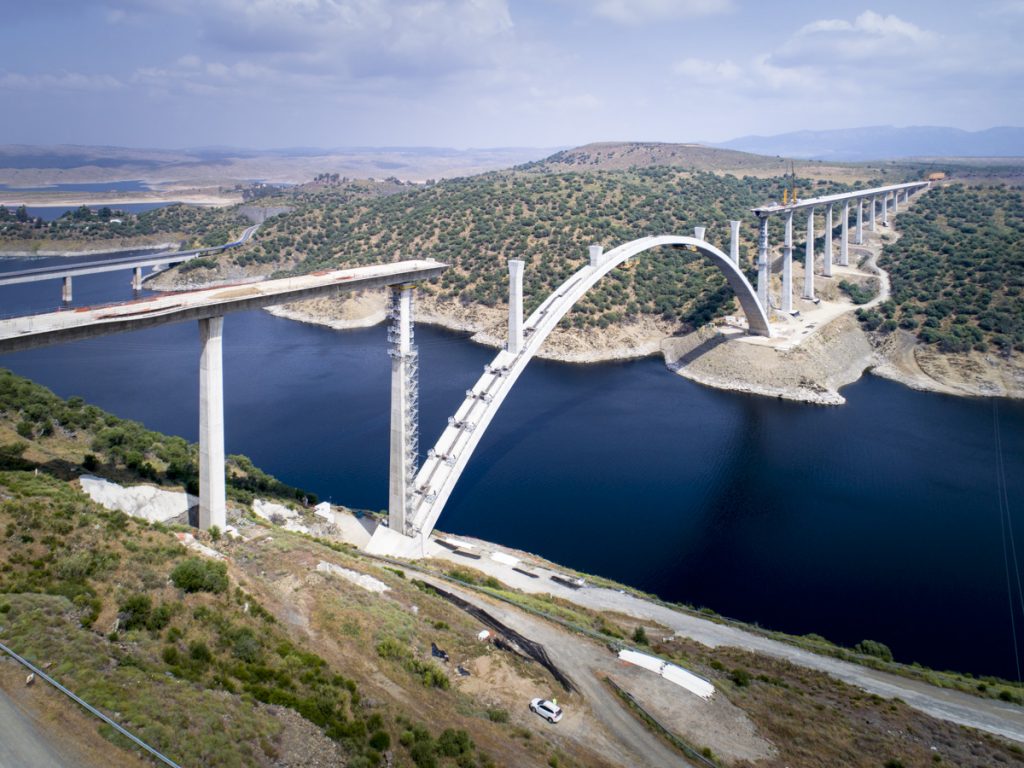 Once the arch has been closed, the de-stressing work completed, provisional ties removed and the steel pylons dismantled, the Bridge over the River Tajo is ready for the section of the deck over the arch, which will mean the completion of the project. Firstly, the piers on the arch supporting the deck were assembled. 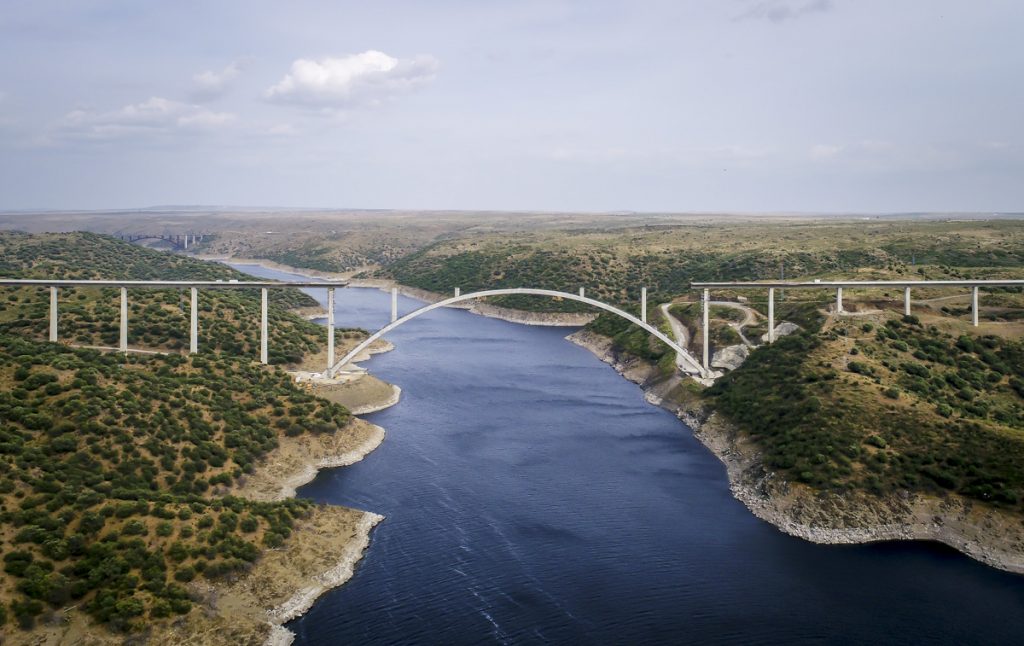 Due to the need for the most symmetric and balanced process possible, the placement of the deck will take place using two mobile scaffolding systems, which are now being assembled on both abutments, to be later transferred to their initial positions. A less symmetrical construction process would have caused the arch to be over-dimensioned in relation to the service conditions, which is never desirable, either from a design or optimum economic perspective.

The greatest challenge in placing the remaining deck was the fact that it had to be supported on an arch, which implied a deformation of the supports that does not take place with normal viaduct decks. This not only implied having to have total control of the deformations during the work, but also to consider the variations in the relative rigidity of the system comprised of an arch, piers and deck during the different phases of the project.
(Francisco Borja Martín Martínez, CFCSL Engineer). 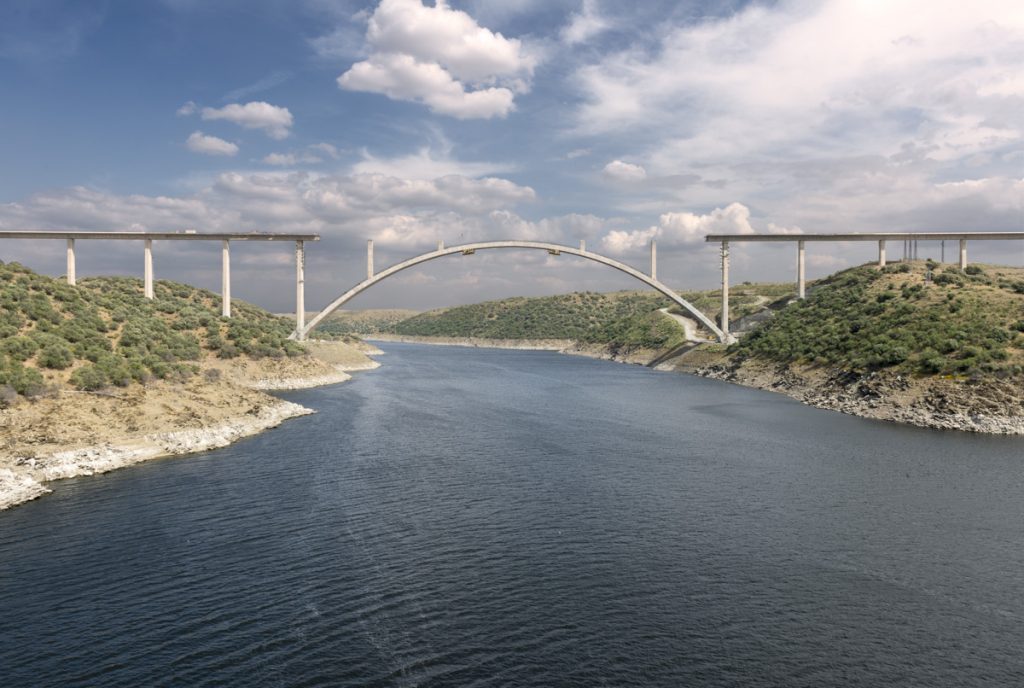 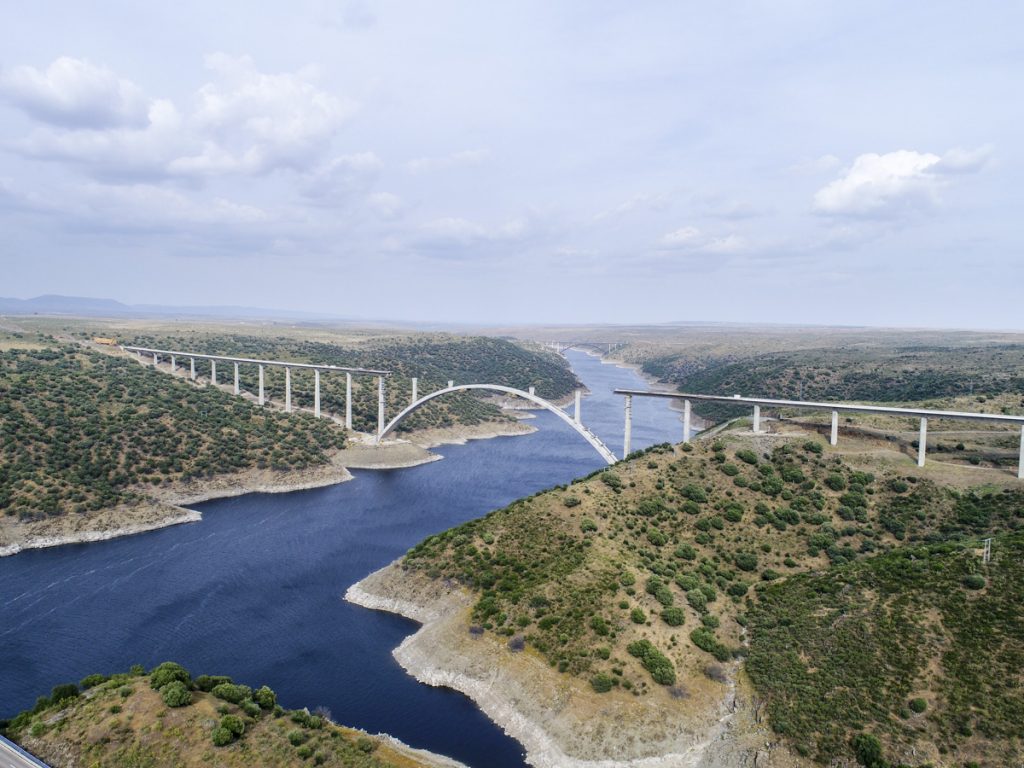