The Delicias bridge in Sevilla. Spain. 1991. 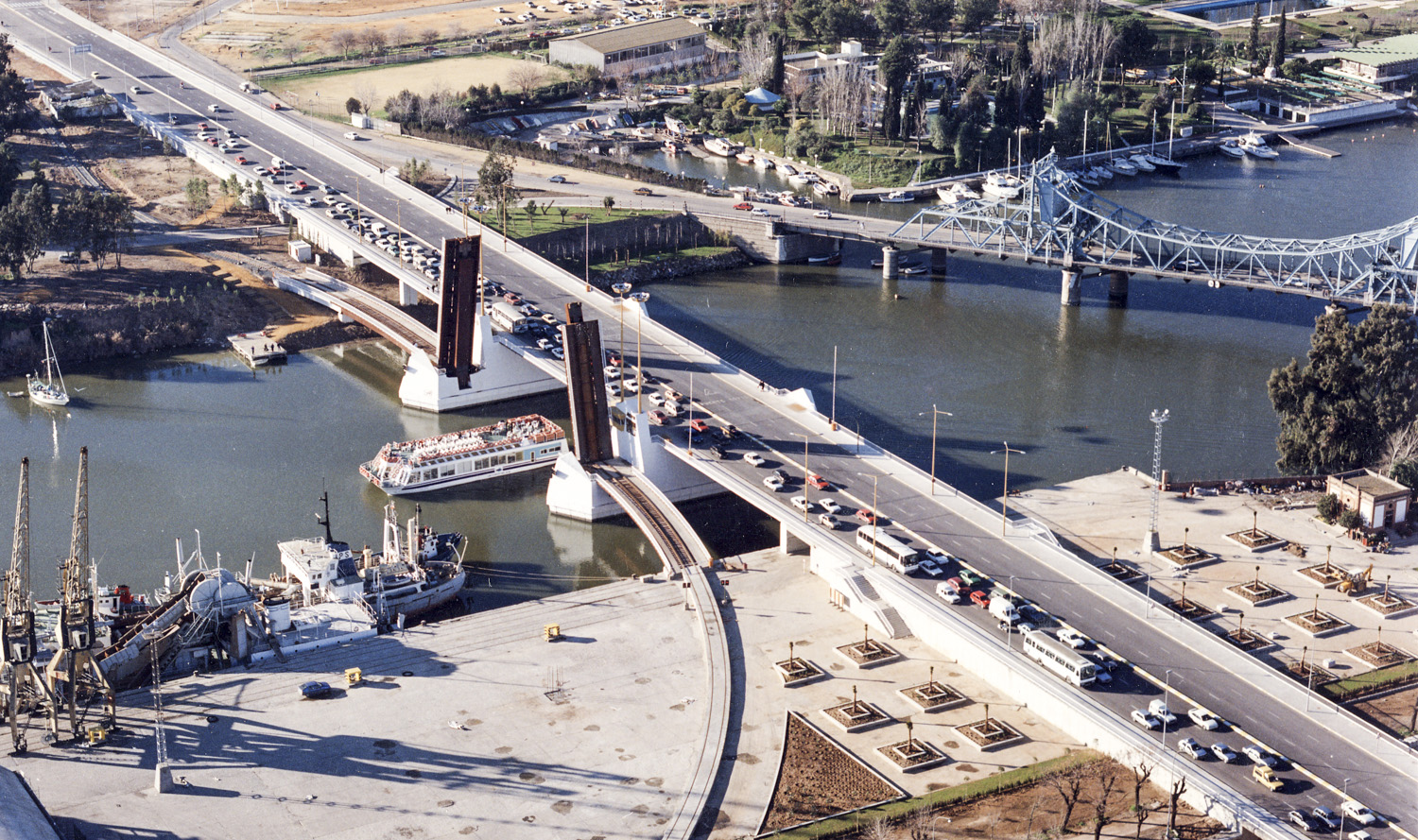 Our work on this bridge came about from considering the new crossing over the Alfonso XIII channel at the urban ring road of Seville, and from the new rail access at the right hand bank of the port, which we studied for the General Seville Plan. We later carried out the bridge project for the Seville City Council, and it was built by the General Port direction of MOPT (Ministry of Public Works and Transports).

This bridge project had several singularities; firstly, it had to be moveable; secondly, there had to be two bridges placed at different levels; one for the railway and another for urban transport; thirdly, it was very close to the Alfonso XIII bridge, and was obliquely aligned to it.

The bridges spans were defined by the navigation channel, which had to coincide with that of the Alfonso XIII bridge, A bridge with three light spans of 40+56+40 m between the piers’ axes was built for this purpose.

To clarify as far as possible the group of three bridges that were to be placed in a very reduced channel space, the two new bridges had to become one unit, and a contrast solution with the Alfonso XIII bridge had to be found so that both new bridges were always differentiated. 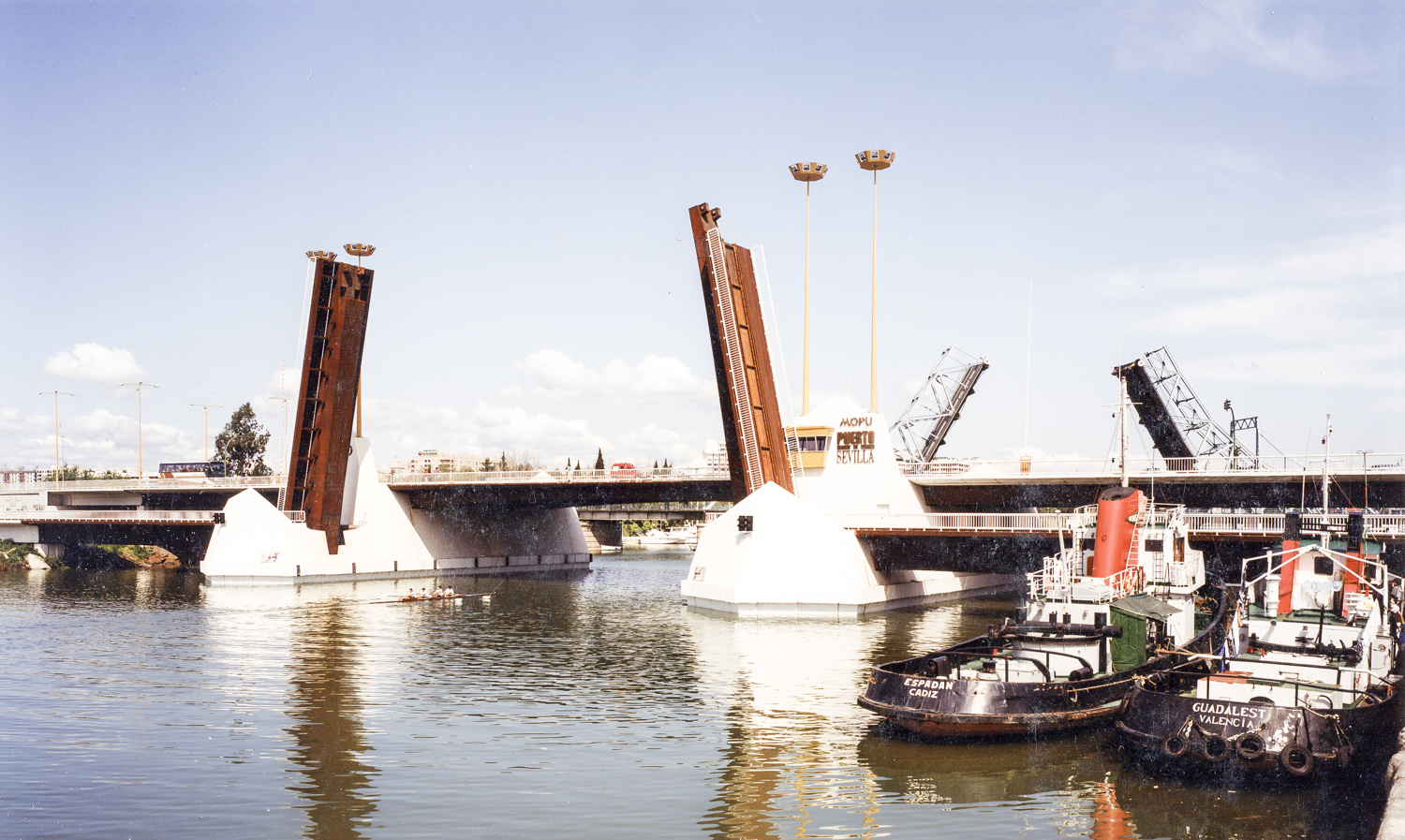 Having analyzed all the different moveable bridge systems: balance, swing and lifting bridges, we opted for the first solution, which is the same as the Alfonso XIII bridge.

The two bridge unit was achieved by making shared piers and using similar structures, even though they were on different levels, and one was for rail transport whereas the other was a roadway. The piers are large-sized elements as they have to house the bridge moving machinery that has to be placed at two levels, one for the roadway bridge and the other for the raíl bridge.

The moveable spans are metal and are made up of two compensated counterweighted brackets, with a single sectioned caisson on the rail bridge. There are four caissons on the roadway bridge, where each semispan is divided into two double-Ieaves of two caissons, with independent movement. The side spans are combined decks with the same cross-sectioning as the moveable bridge.