This bridge formed part of a tender of ideas which were lucky enough to have been awarded.

It is a curved bridge made up of three spans of 81.0In + 106 m + 71 m, where the main span crosses the Bilbao ría in the centre of this city, on the old Euskalduna shipyards.

It offers several characteristics which make it unique, and its main feature is the configuration of the cross section.

1st) The bidding conditions of the tender suggested two 5.00 in wide footpaths. However we proposed joining the two lo form a single 10 m wide covered footpath, as Bilbao is a very rainy city. We obtained the permit lo do just this.

2nd) The main structure is made up of a Z shaped girder. The vertical element, made up of a metal latticework, was positioned between the deck the traffic was to use and the pedestrian’s area and bicycle lane. The lower horizontal Z shaped section is made up of a deck formed by a box beam with a 1.95 m height that is 10m wide and which is prolonged by metal ribs with cantilevers measuring 10.05 m towards the pedestrian footpath and measuring 6.5 m towards the traffic side. The tap deck section is formed by a horizontal latticework which makes up the pedestrians passage covering. 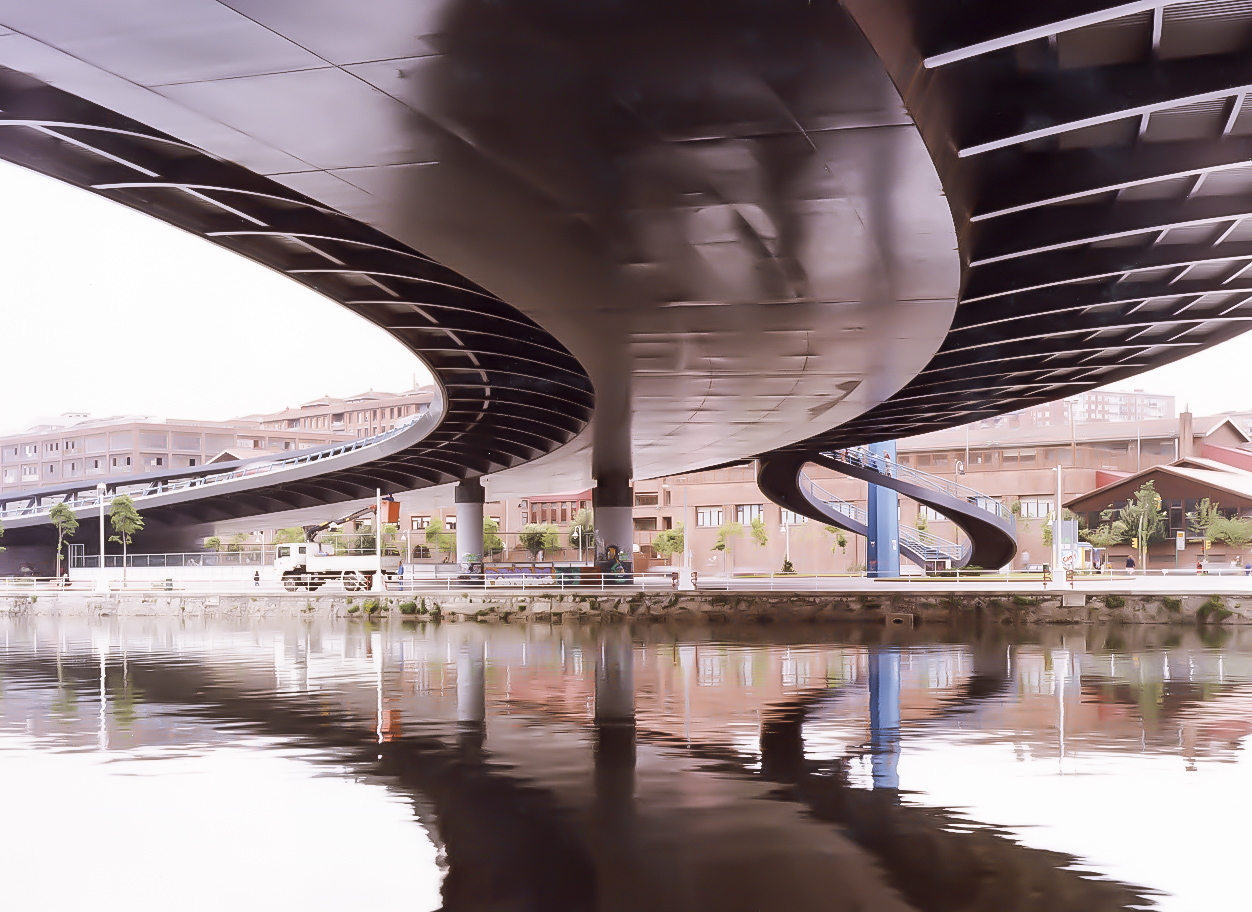 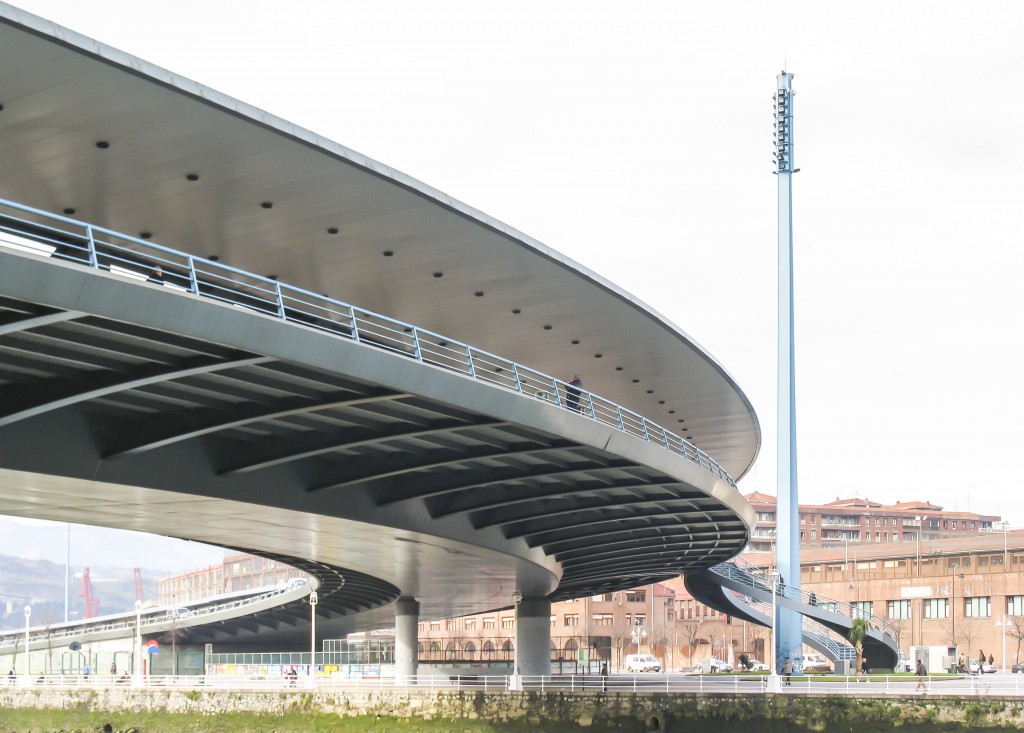 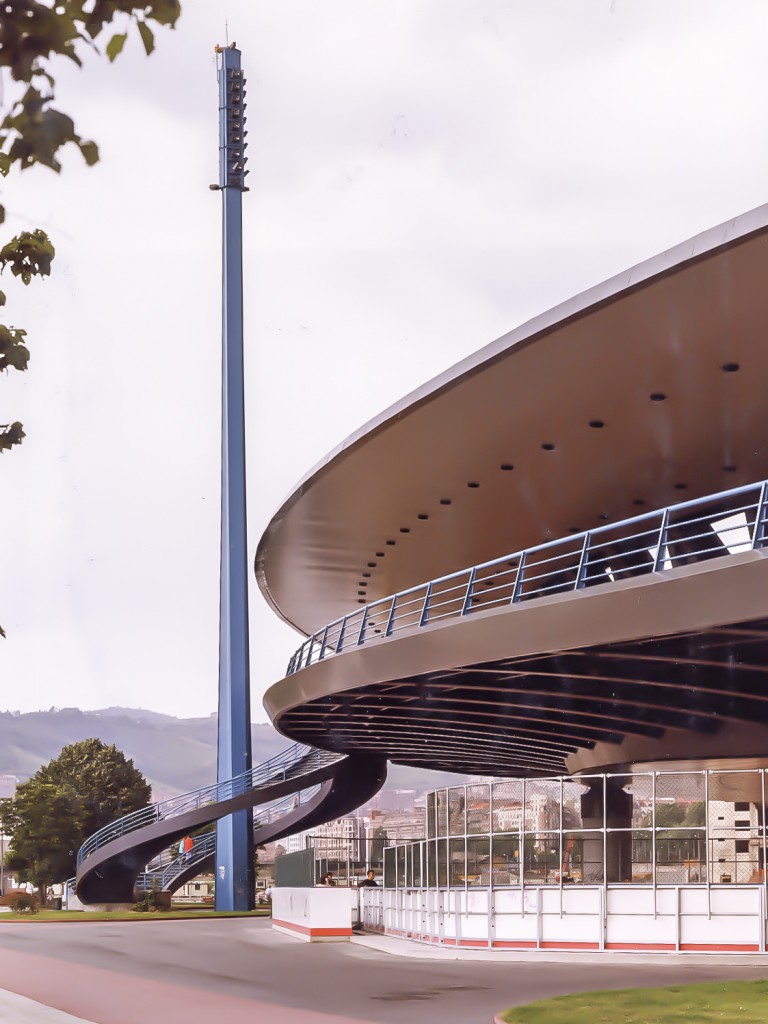 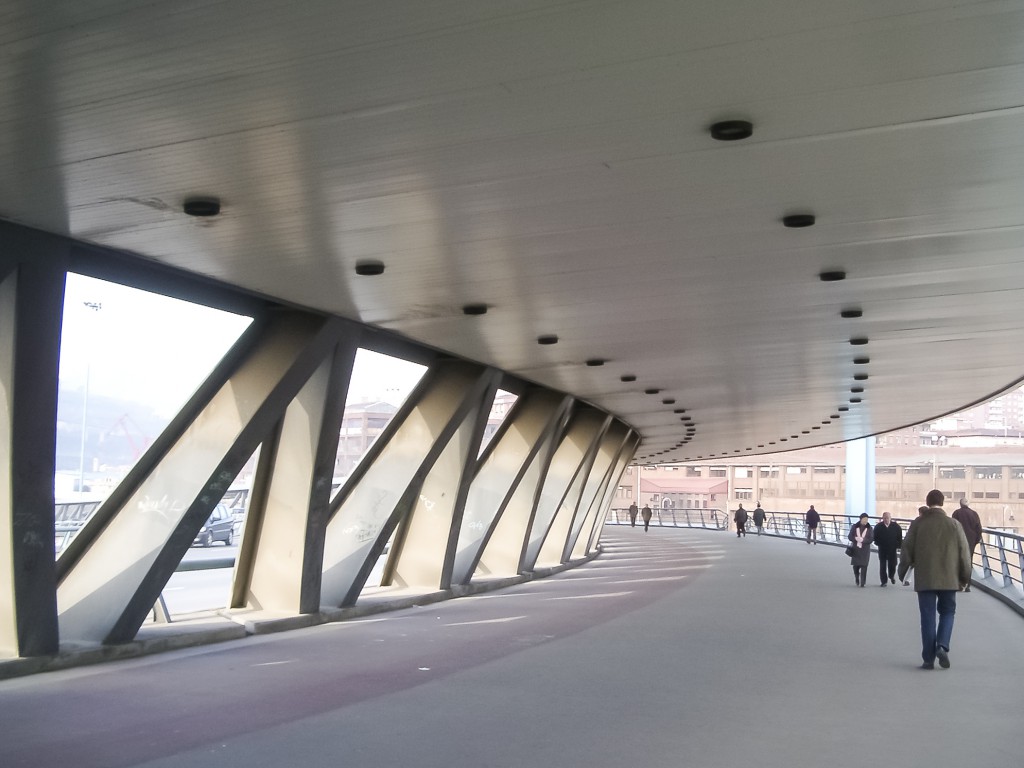 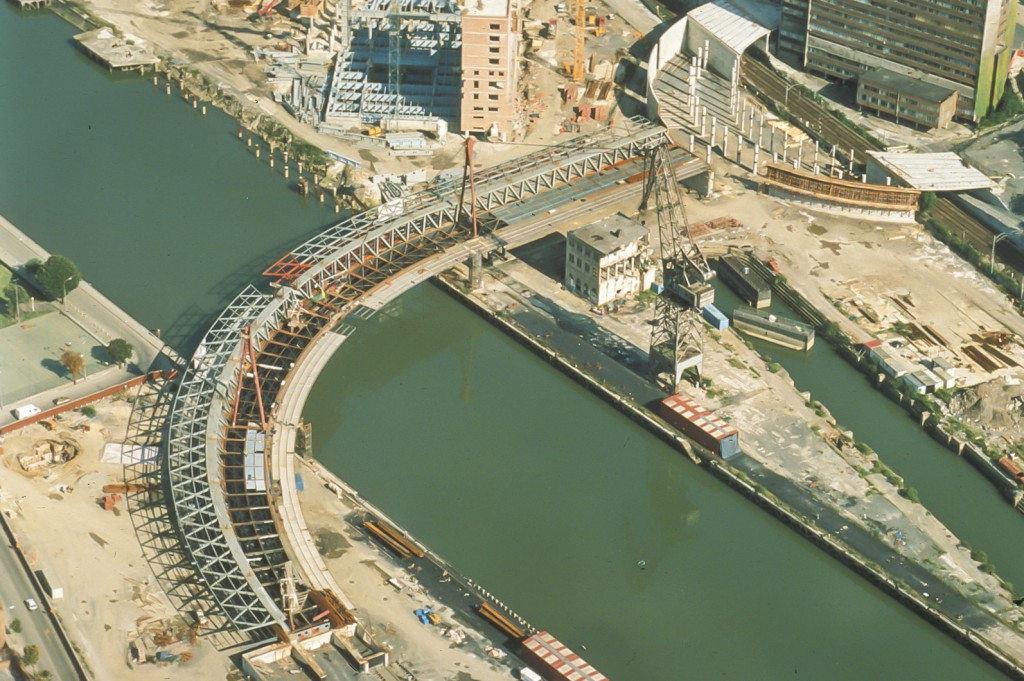