Inauguration of the Real Bridge in Orizaba (Mexico), designed by CFCSL in conjunction with Mexpresa. 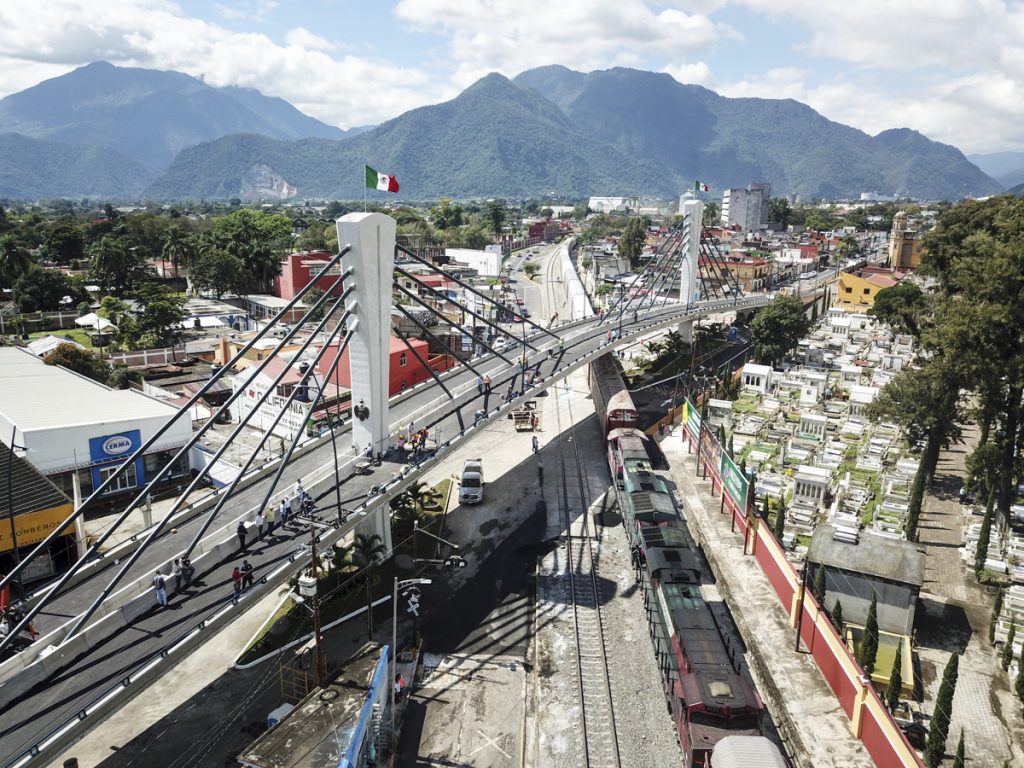 The Real bridge in Orizaba, State of Veracruz in México, was opened to traffic on Monday, 16 October 2017, after being inaugurated with a Fun Run on the previous Sunday, when it was opened for pedestrians.

The bridge was designed by CFCSL in conjunction with MEXPRESA, the builders.

The plan alignment was adjusted to the streets meeting the train crossing, which is why its lateral spans are straight and the central curve has a radius of 700 m. The need to leave a lateral lane on each side of the street for traffic under the bridge made only one lane per direction possible. 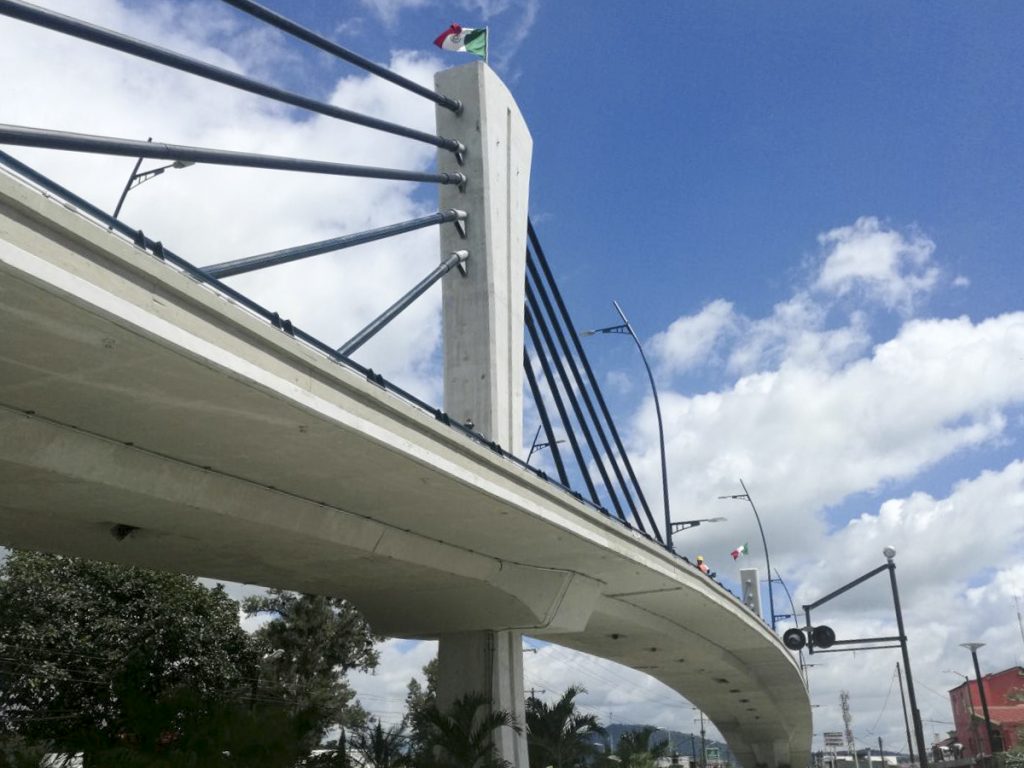 The bridge deck has a width of 14 m for the two traffic lanes and a central dividing strip, where the stays are located. The constant depth on the bridge, except where it connects to the tower, is 0.82 m in the center of the central beam. 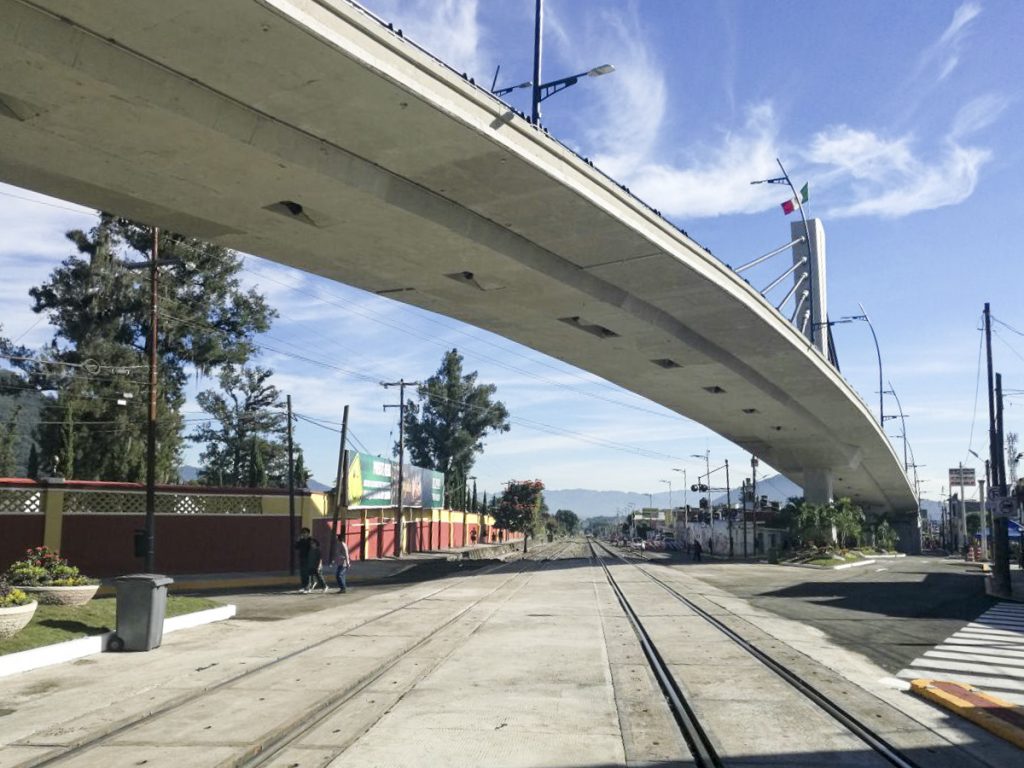 The towers have a total height of 25.5 m and 16.5 m above the deck. The cables pass through the towers, which meant that they had to be opened at the top to house the seating. The deck is embedded in the towers, forming a gantry. 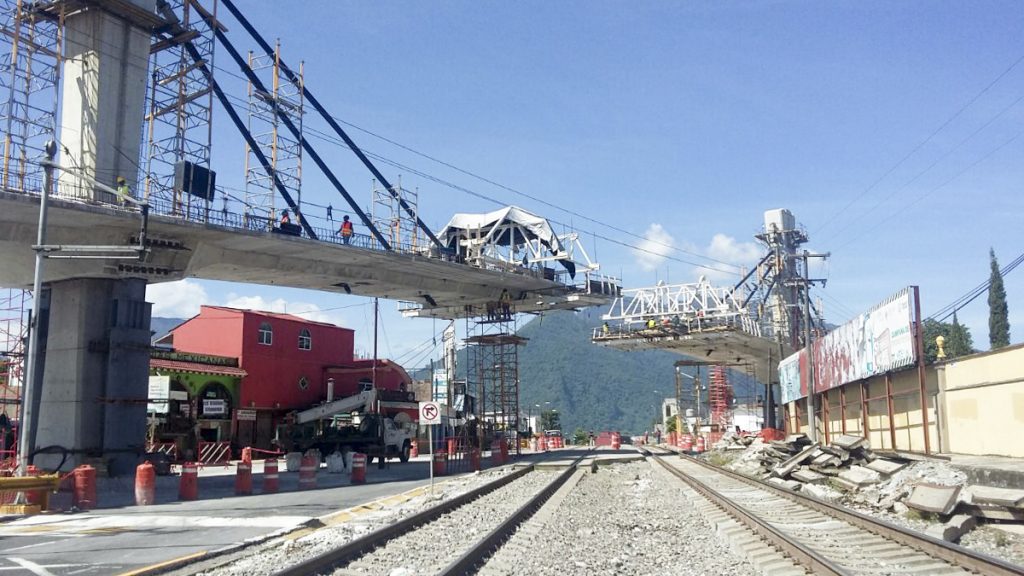