Bridge over the river Papaloapan in the state of Veracruz, Mexico. 1995. 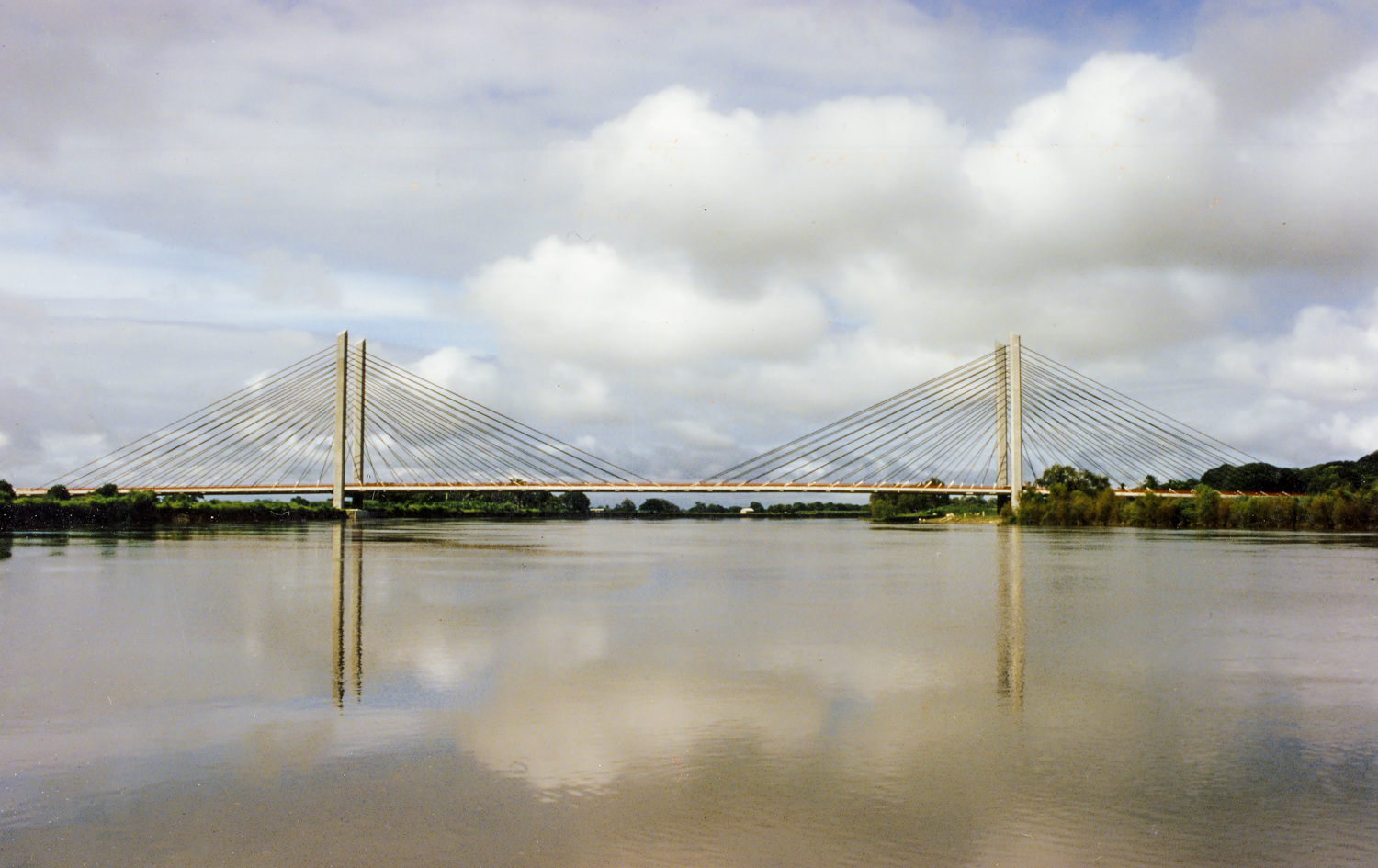 The project concerning the bridge over the river Papaloapan has tried to simplify all the elements that form a truss bridge as far as possible. It could be said that a minimalist solution has been sought, but one that does not establish a parallelism with the minimalism in the architecture.

The bridge covers the river bed with a 203 meter span, and it is prolonged to the river banks with 70 meters compensated spans; the deck continues over the abutments, which are formed by 32-meter long caissons. The deck is fixed to these abutments to withstand the horizontal forces caused by seismic activity. 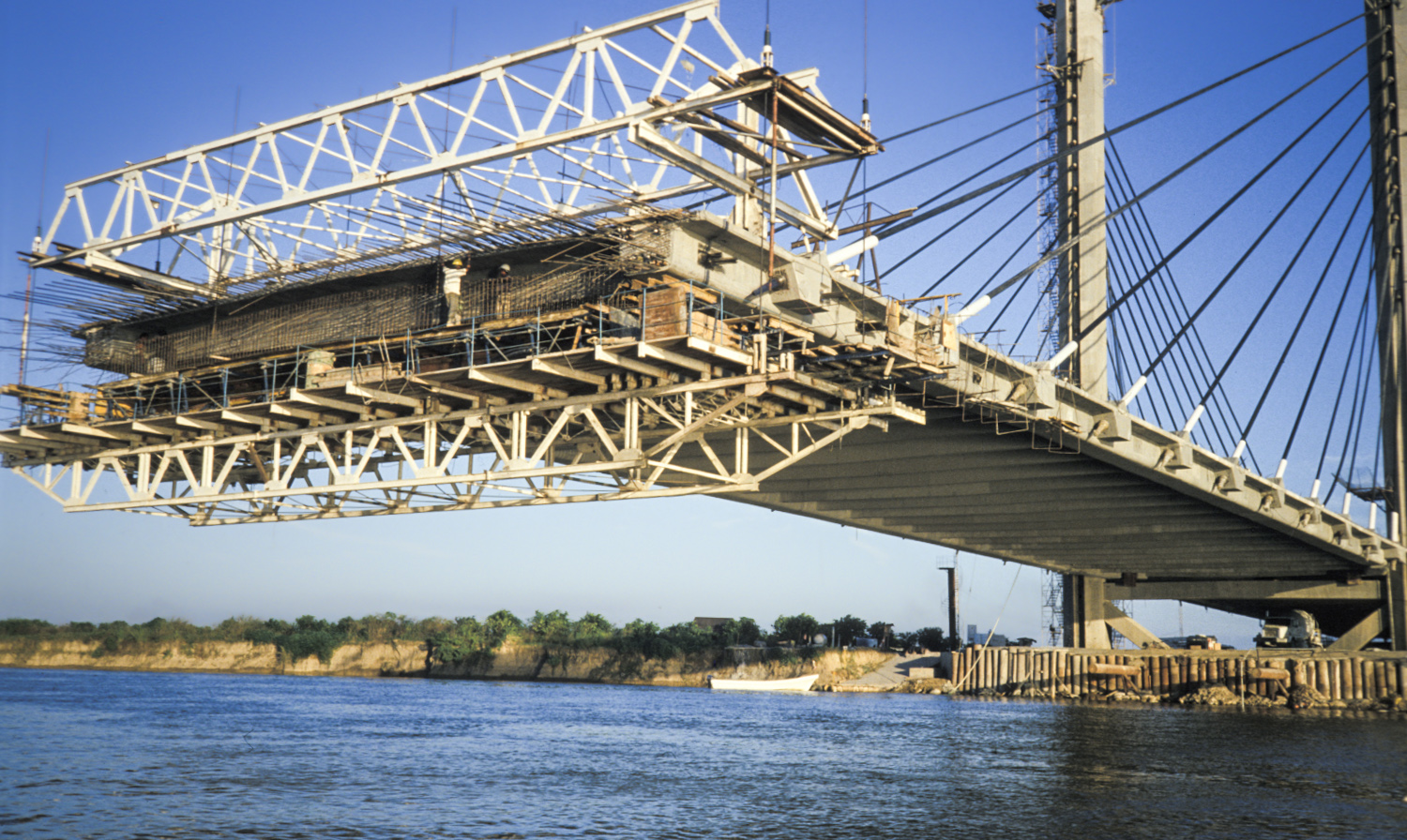 The deck is made from two sturdy longitudinal girders with 1.25 meter heights, joined with both the cross-sectional diaphragms and the top slab. This deck solution is c1assical in truss bridges with stay structures placed on the edges of the platform.

The towers are formed from two independent, vertical piers placed on the edges of the deck.

These are joined below the deck by means of a triangulation which is resistant to the transverse forces caused by earth tremors and the wind, a significant factor as the basin of the river Papaloapan is in an area prone to hurricanes.

The bridge is built by a movable temporary stay arrangement, concreted by means of form travelers, which advance symmetrically from the towers towards the centre of the main span and towards the abutments.