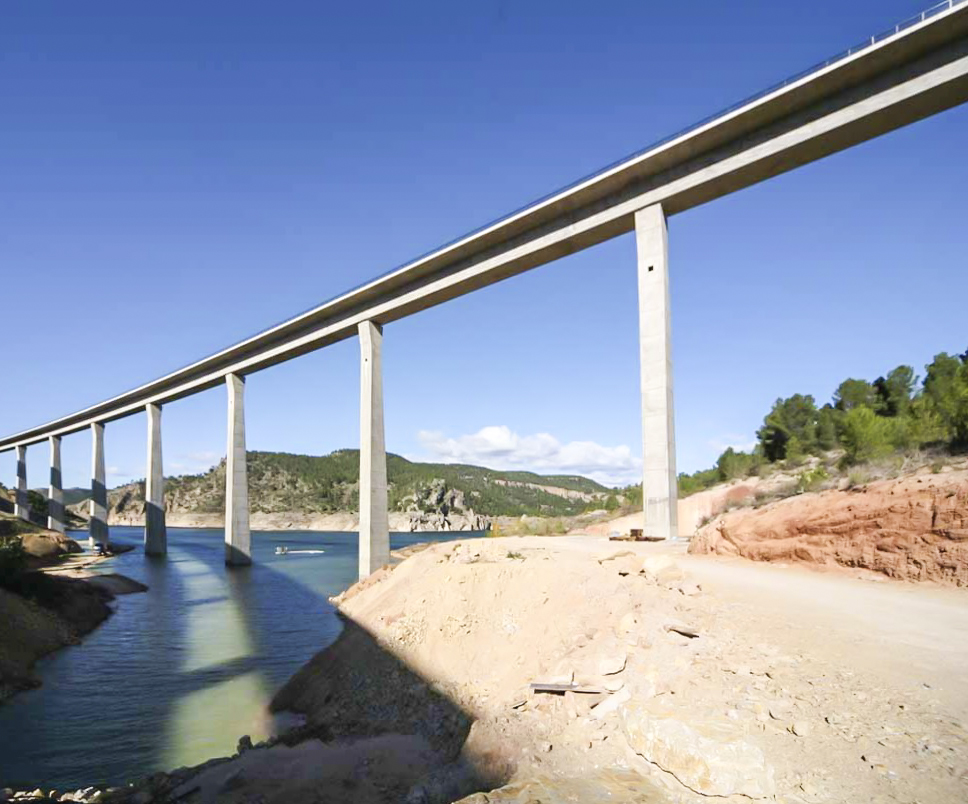 This viaduct is situated on the high-speed railway line between Madrid and Valencia. It passes by the Contreras Reservoir and has an 830 m total length. Given that the piers rest on the edges of the reservoir and reach as deep as 15 m into the reservoir bed, the bridge was initially designed to have a 90 m long span and we planned to build it using the construction procedure of incremental launching.
However, due to a variety of reasons the viaduct was finally built with a 66 m long span, using prestressed concrete box girder sections. It was built with the help of a large movable scaffolding truss. 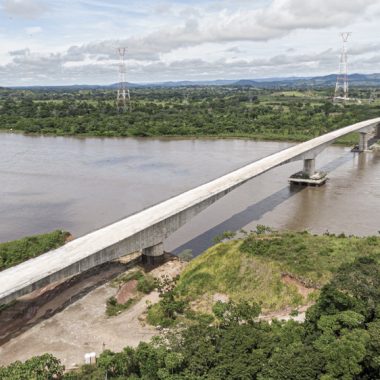 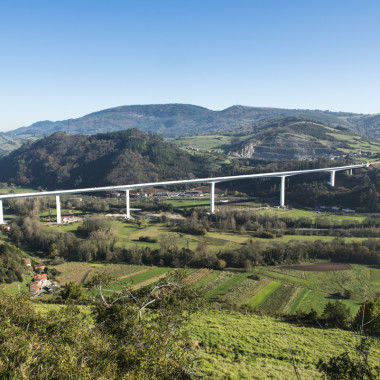 Poets bridge over the Duero river in the city of Zamora. Spain. 2013. 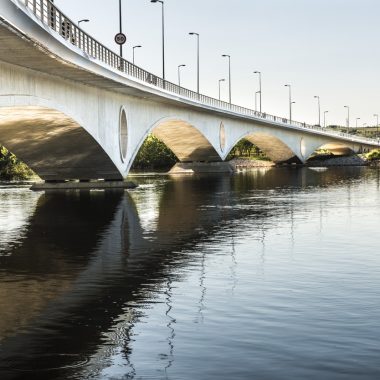 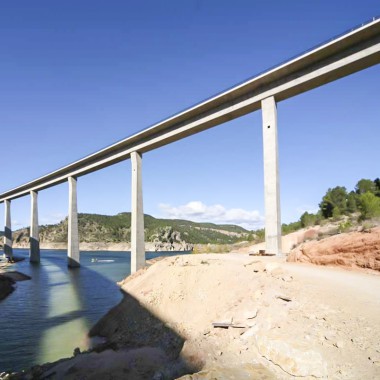