This is a 543 m span viaduct on the ring road skirting the city of Padova at the connection with the Venice-bound motorway, which we designed together with the company Net Engineering. The 11 spans of the viaduct are distributed as follows: 40+9×51.5+40 m.

This viaduct is full of junctions and ramps that ascend from or descend to the motorway or the Corso Argentina road.

The viaduct´s central body is 32 m wide and is made of two trapezoidal metal box girders of a 2 m depth, 2.7 m width on the bottom side and 15.5 m width on the upper side with two intermediate vertical webs set mutually 6.3 m apart. 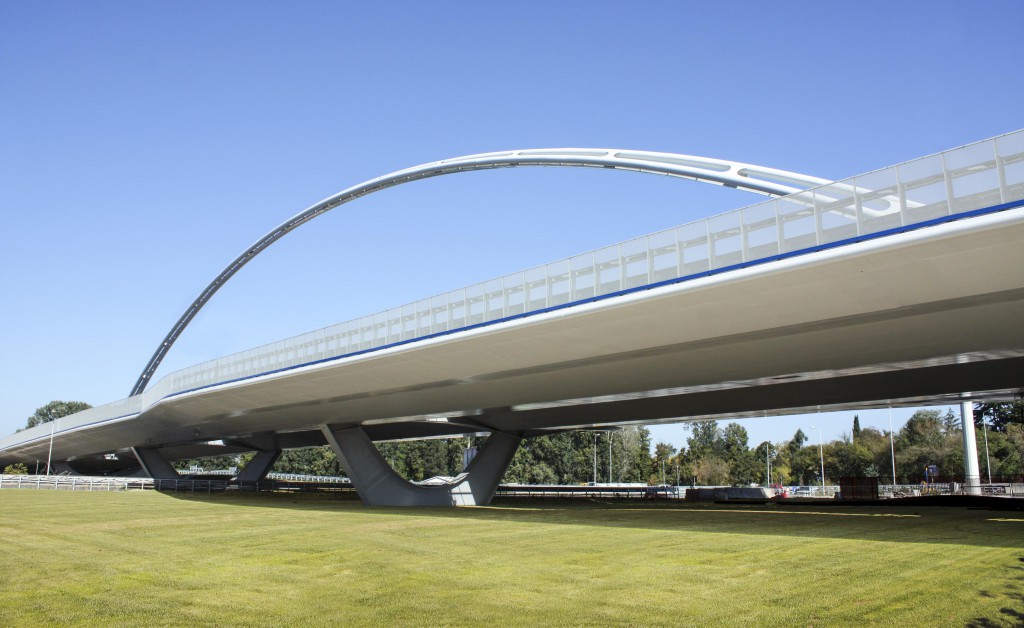 We faced two special problems: one was the deck support and the other was the very complicated problem of fitting together the structure of ascending and descending junctions going to and from the bridge and the main trunk structure.

The first problem was solved by building a V-shaped pier, 20 m wide at the head and 10 m at the base. The pier slant produces a strong horizontal force resisted by the prestressing.

In terms of providing a double support for the platform constituted by the deck we considered it important to build a single pier, in spite of the fact that it may be larger than two individual ones. 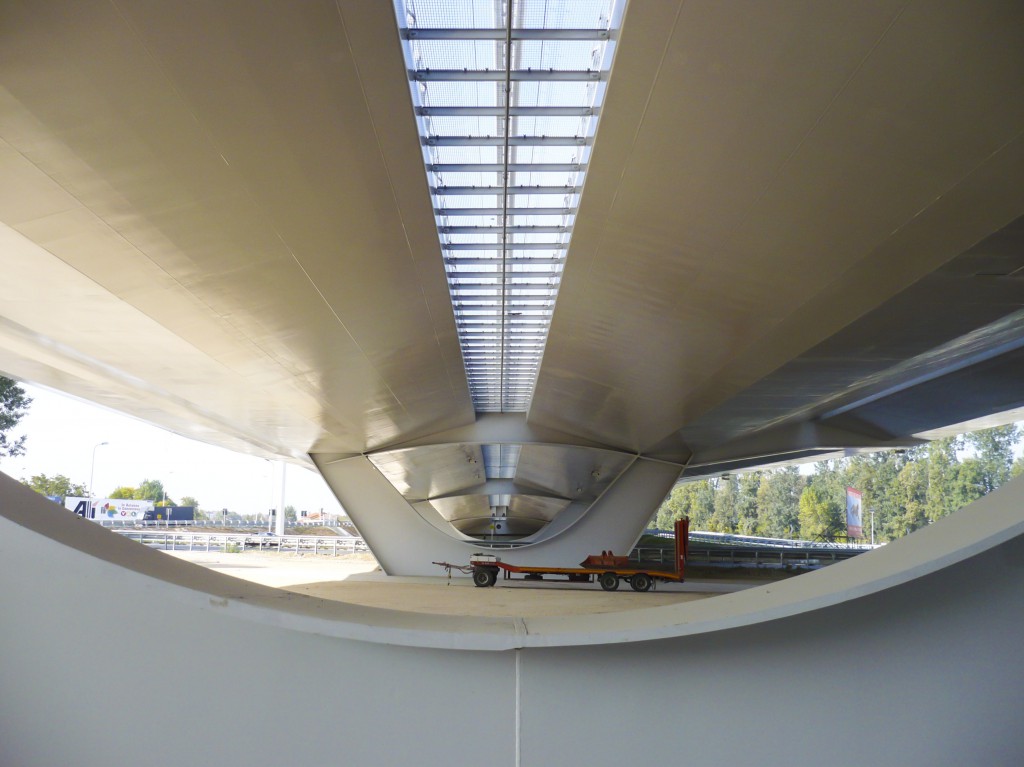 The 1.4 m wide piers are made from metal and are built-in at the platform (frame bridge) and at the foundations. Such longitudinal hyperstaticity was possible because the soil was extremely flexible and very poor in terms of resistance. The foundations were built using slurry walls.

We solved the second problem, namely that of providing supports to the access ramps and their visual and resistant connection to the bridge trunk by differentiating between ramps 3 and 4, which are placed furthest away from the trunk, as well as the ramp 2 that ascends parallel to the trunk. 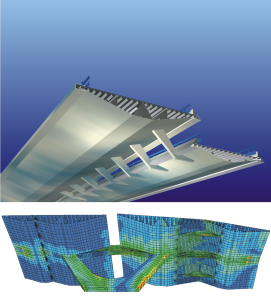 In the first case we found it best to connect the ramps to the main deck utilizing stiff cantilever beams. The ramps are trapezoidal having the same depth as the trunk and become supported on the cylindrical 0.85 m diameter piers, beginning at the point at which the layout of the piers is separated from the torsion produced by the ramps. Both decks are built-in at the point at which the ramp is tangential to the trunk. This produces additional transverse bendings in both the deck and the piers.

While the access ramp is kept parallel to the main deck, it hangs from the trunk with the help of transverse cantilever beams. Initially the ramp was meant to hang from stay cables. However, the excessive torsional deformations advised it be built-in with the main deck.

Three 150 m span arches were set along the median strip to accommodate the feature lighting as well as ornamental elements. 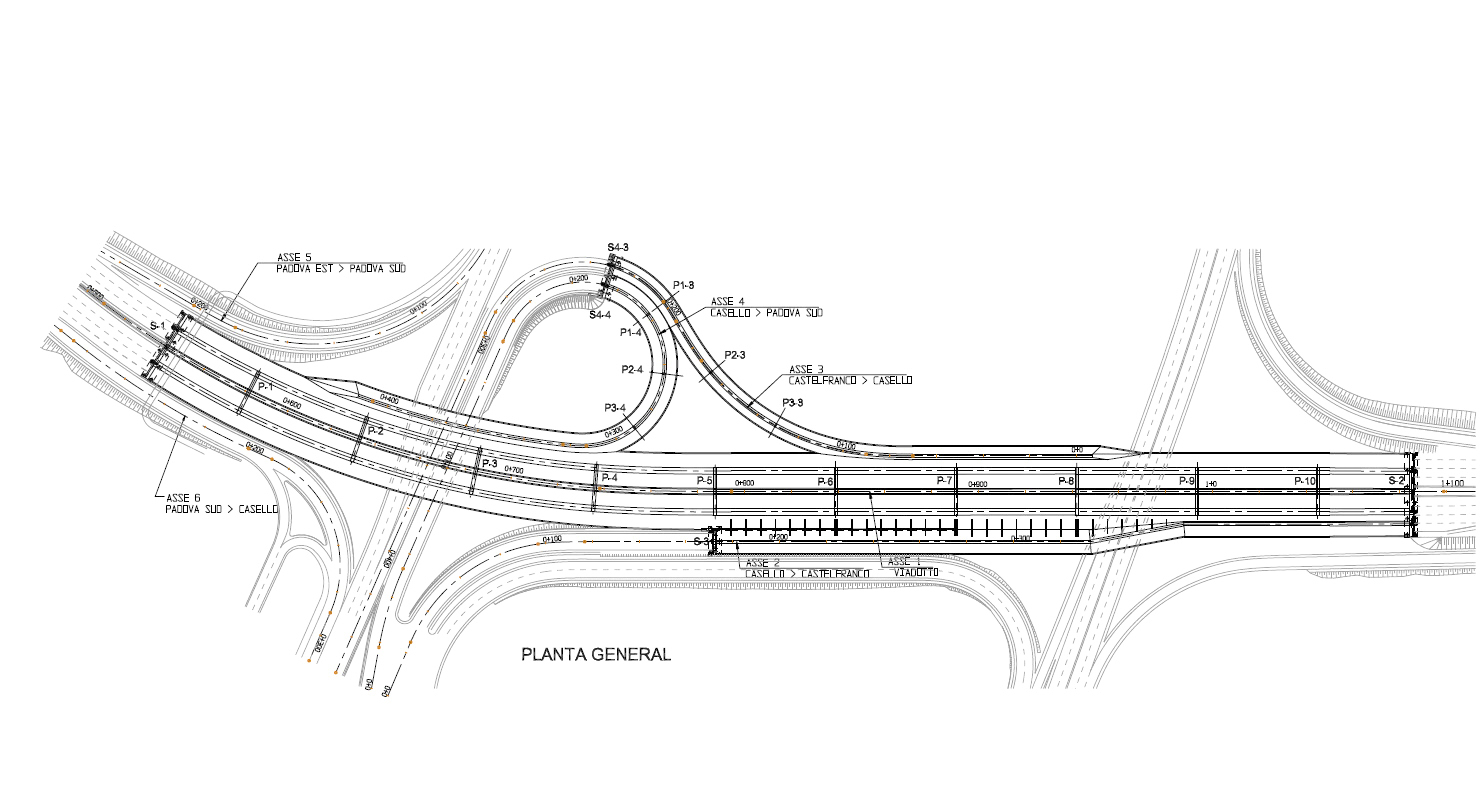