The Arbizelai Viaduct is situated on the stretch between Arrasate and Eskoriatza of the new Deba Motorway linking Vitoria-Gasteiz and Eibar, near the town of Arrasate-Mondragón.

The main difficulty of this viaduct is the crossing over the river Deba and the South Junction of the road that currently gives access to Mondragón. The viaduct spans the junction roads and the river at a strongly oblique angle. There is an additional difficulty posed by the fact that the river and the road branches are situated close together, which compelled us to design a 140 m long main span of the viaduct.

Such a singular span leads to a composite structure with a single deck for both carriageways, and a single central, steel box girder with an upper slab and large lateral concrete cantilevers, supported on steel inclined struts. The box girder is supported on single piers widened at the head to provide the deck with transverse stability. 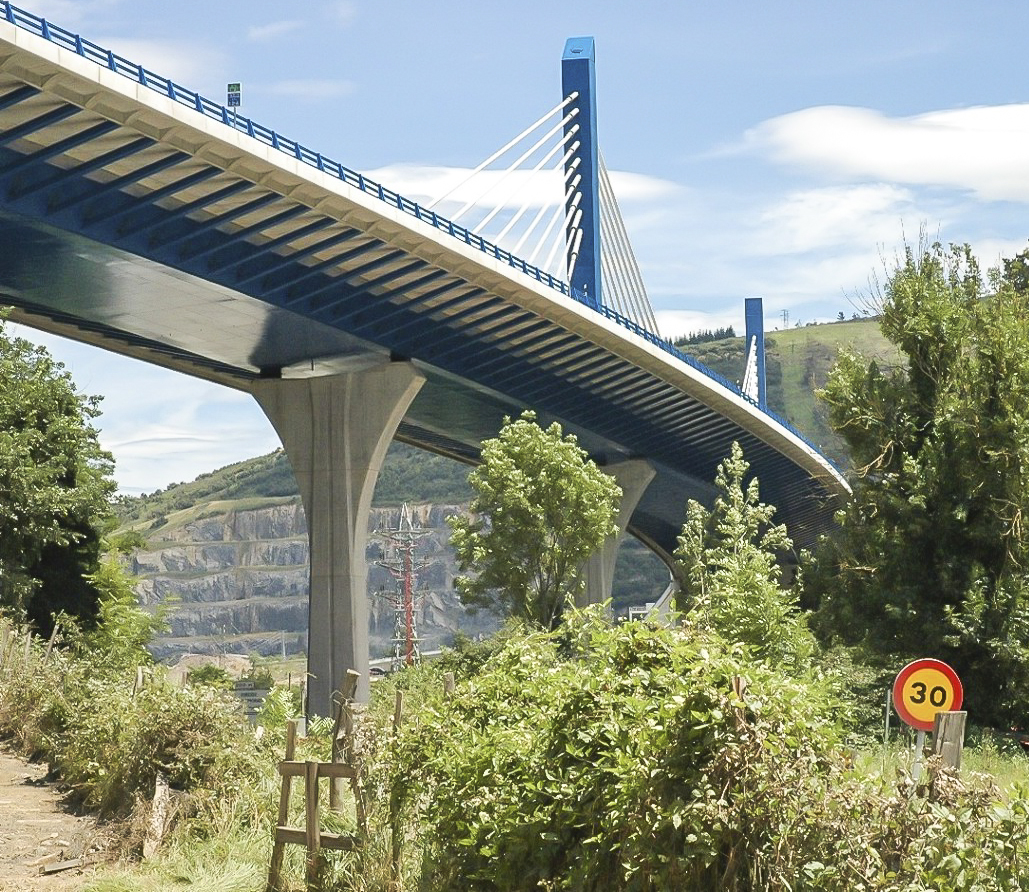 The deck widens at one end of the viaduct, passing from 25.20 m to 27.37 m in width. This produces an extension of the lateral cantilevers, as the steel box girder keeps the same dimensions. With this extended width the dimension of the lateral cantilevers exceeds 7 m from the box girder edge. The inclined struts supporting the slab near the outer edge of the cantilever are placed every 3.12 m, beginning at the lower edge of the box girder.

The continuous girder of a constant depth is cable-stayed both in the main span and the two adjacent ones by means of stay cable fans placed along the bridge axis. The cable staying is anchored to two towers situated on the median strip, each formed by a single vertical pier. The towers are made of steel and filled with self-compacting concrete. The viaduct has a curved plan with a radius on the order of 1,000 m. This curvature has the most impact on the structure in the transverse bending in the towers. 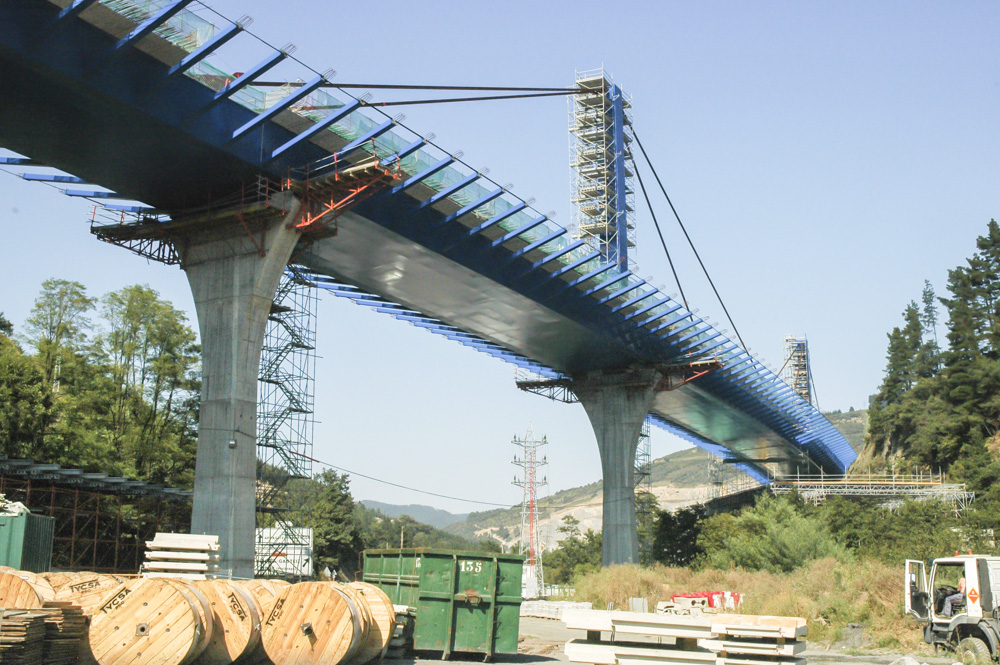 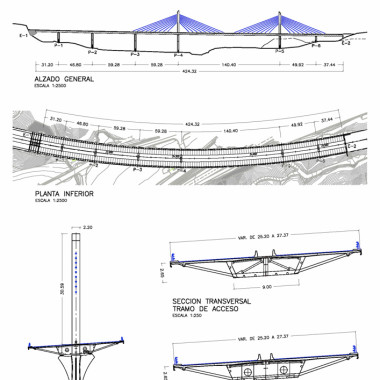 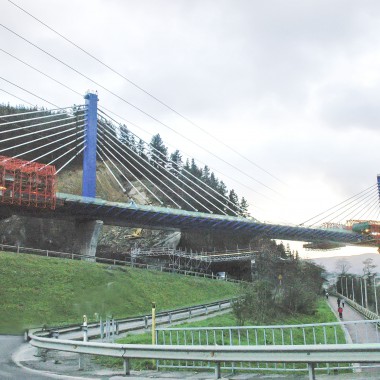 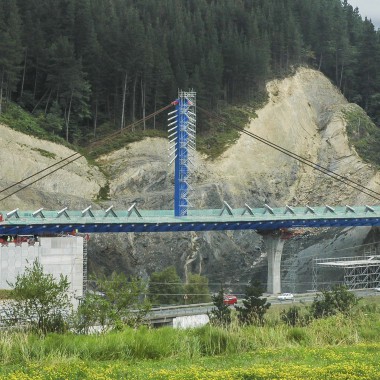 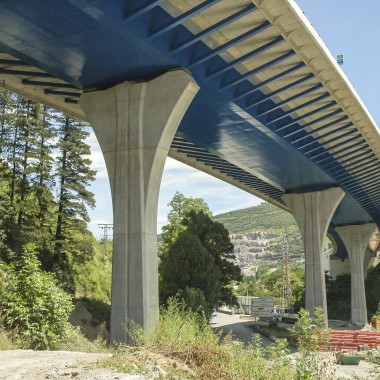