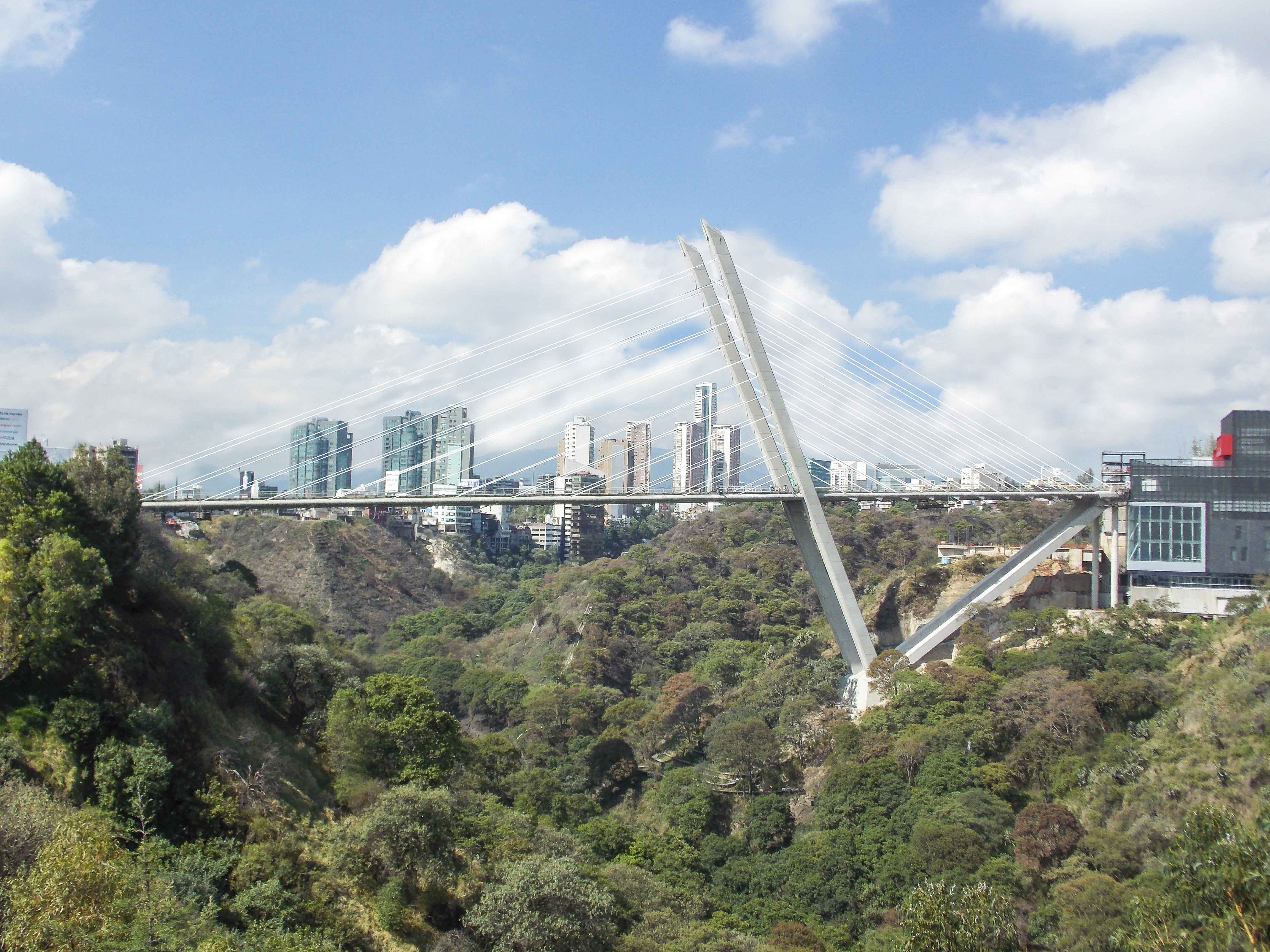 The Vidalta Bridge is situated in a steep wooded ravine in Mexico City. The ravine´s peculiar conditions have given rise to a striking single-tower, cable-stayed bridge.

The length to be spanned between the building at whose bottom the bridge commences and the opposite abutment amounts to 240 m. There is a possibility of placing a support at a distance of 60 m from the building, which produces two excessively uneven spans, 60 m and 180 m long, respectively.  In order to reduce this inequality as much as possible we designed an inclined tower which divides the deck into two stretches of 78.5 m and 161.5 m respectively, while the bridge main span amounts to 180 m.  Still the difference between the two stretches of the deck remains large, forcing us to even out the two spans and use concrete to build the compensation span, which thus becomes a counterweight due to its heaviness, whereas the main span is lightweight since it is made of steel. This way the loads in the stay cables are compensated and the tower balanced out. 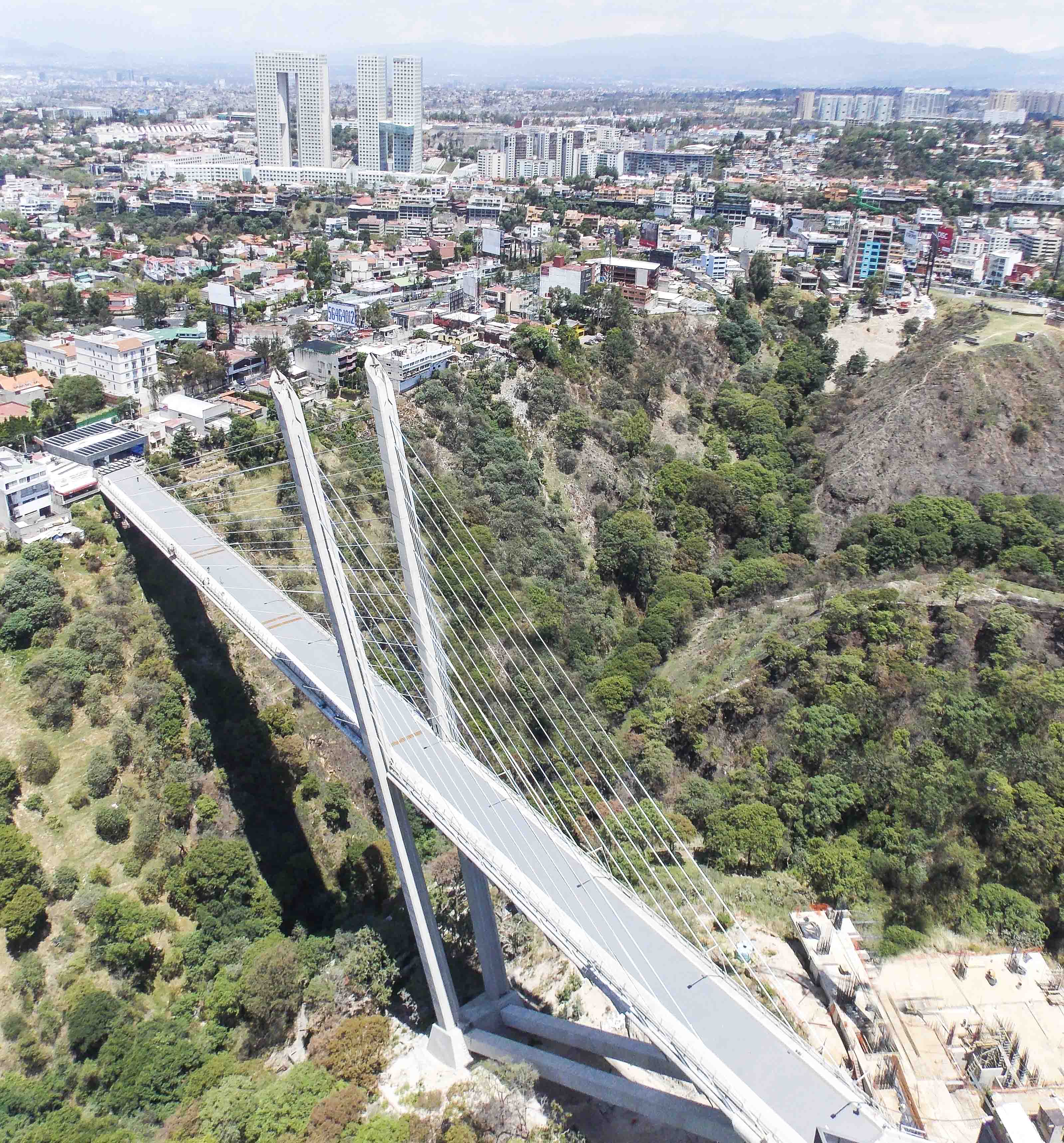 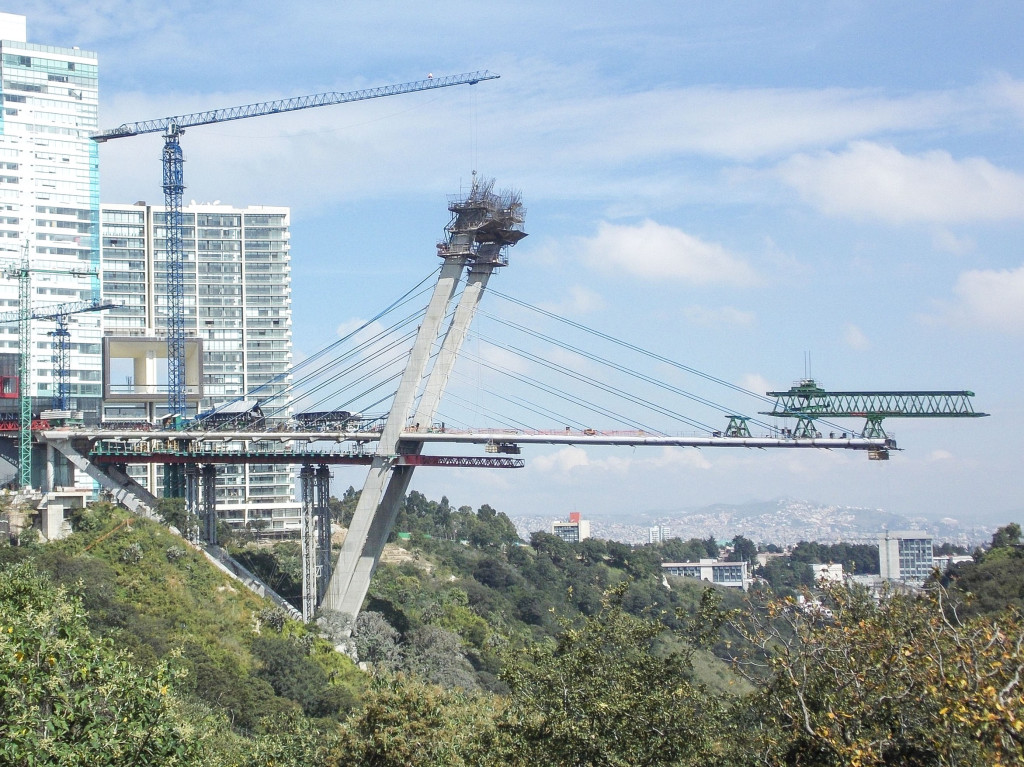 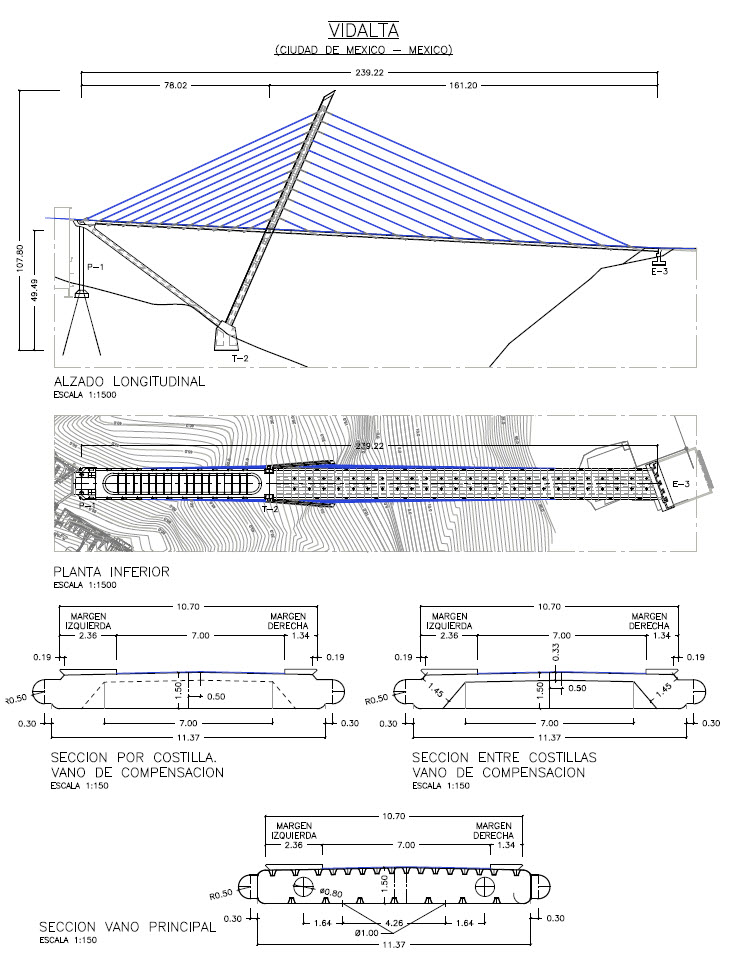