Footbridge over the Radial Motorway 3 and the M-40 Motorway. Madrid. Spain. 2008.

The two footbridges form part of a pedestrian and cycling path between the districts of San Blas and Vicálvaro. They cross over the Radial Motorway 3 and the orbital M-40 Motorway. The footbridges are situated quite close to one another so the same structural and formal solutions were applied in both in spite of the fact that the different conditions of the crossing over the two motorways do generate some differences within the same solution.

Footbridge over the M-40 Motorway 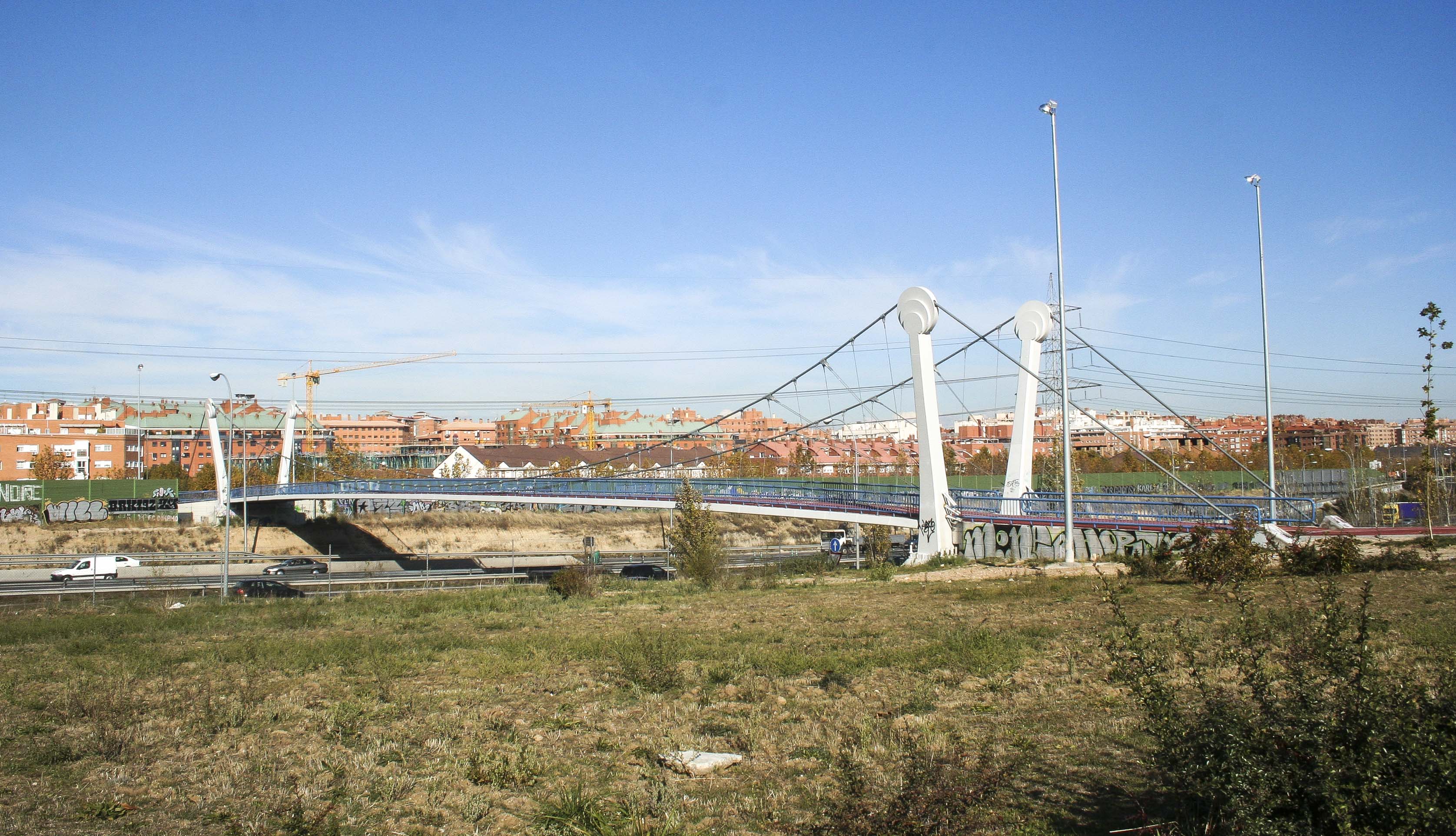 On the stretch on which the footbridge crosses the M-40 orbital motorway, the road runs in a cutting whose depth reaches about 3 m below the actual ground level of the surroundings.  The projected extension of this motorway obliges us to leave unoccupied space between the edges on the order of 80 m, without the possibility of intermediate supports. This is why the footbridge was designed with a single, 90 m long span and a deck of a minimum possible depth thus allowing us to raise the footbridge as little as possible above the motorway. All this made it necessary to design a footbridge with a superstructure to uphold the deck.

Footbridge over the R-3

The R-3 footbridge crosses over the motorway at a spot close to its intersection with M-40. Furthermore, the footbridge spans the motorway´s main carriageway and the junction branches connecting the two motorways, which makes it necessary to place the footbridge on a third level, at a height of more than 10 m above the motorway. This was tackled by designing a main span made up of three stretches, 40 + 110 + 40 m, extended in its turn, through two prestressed concrete structures, one on either end of the motorway, whose span distribution is 16 + 14 + 10 m.

Once the suspension typology solution was adopted it was necessary to define the structure of the footbridges bearing in mind the similarities as well as the differences between the two.

The first issue we faced was the deck. As stated above, the deck should be as slender as possible. To achieve this we needed to keep to the minimum the forces in the deck. There is one common problem that appears in all suspension bridges: due to the lack of stiffness of the main cables live loads produce large bending moments in those quarters of the deck span closest to the towers. To reduce these moments in the present footbridges we used negative stay cables, namely those that run from the foot of each tower to the main cables.