The construction of the Cadiz Bay Bridge enters full-throttle into its final stage.

With 100% of its piers and 50% of the decks completed, the construction of the colloquially known as the “La Pepa Bridge” in the Bay of Cadiz has entered its final stage.

Last week CFCSL engineers Antonio Martínez Cutillas and Silvia Fuente García visited the construction site of the “Bridge of the Constitution of 1812”. They were guided by the Company’s full-time stationed on-site engineer, Gonzalo Osborne, who summarised the current state of the project as follows: 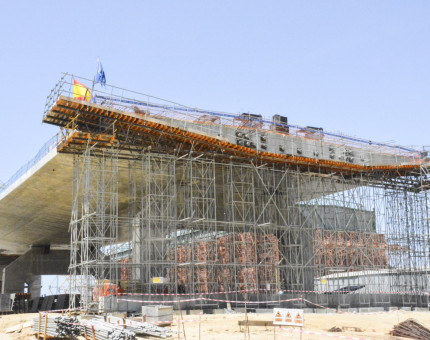 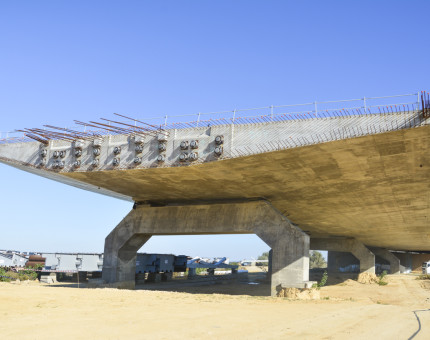 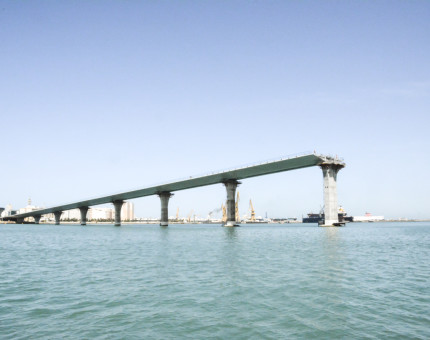 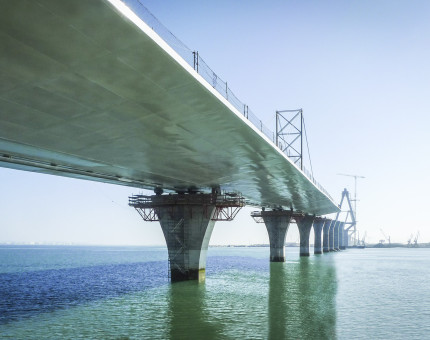 The first 800 m of the deck from beginning at the Abutment 1 on the Cadiz side have the same cross section as the cable-stayed deck (composite cross section with an upper, 30 cm thick slab and DAM over the pier.  The deck is incrementally launched from the ground. 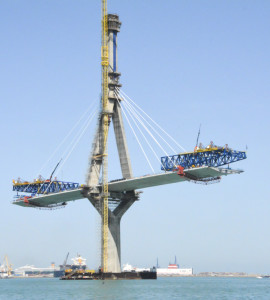 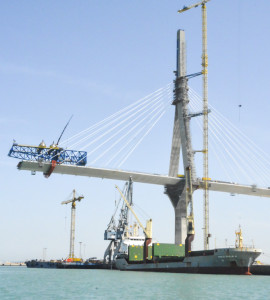 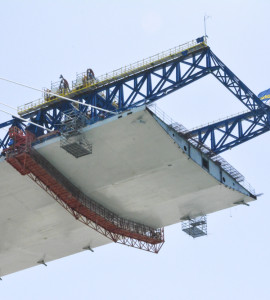 The central, cable-stayed span is 540 m long and its overall length, including the compensation spans, amounts to 1180 m, with two, 185 m high pylons.

Pier 13 is completed, with the crown still pending; while on Pier 12 7 m remain to be built before reaching the crown. 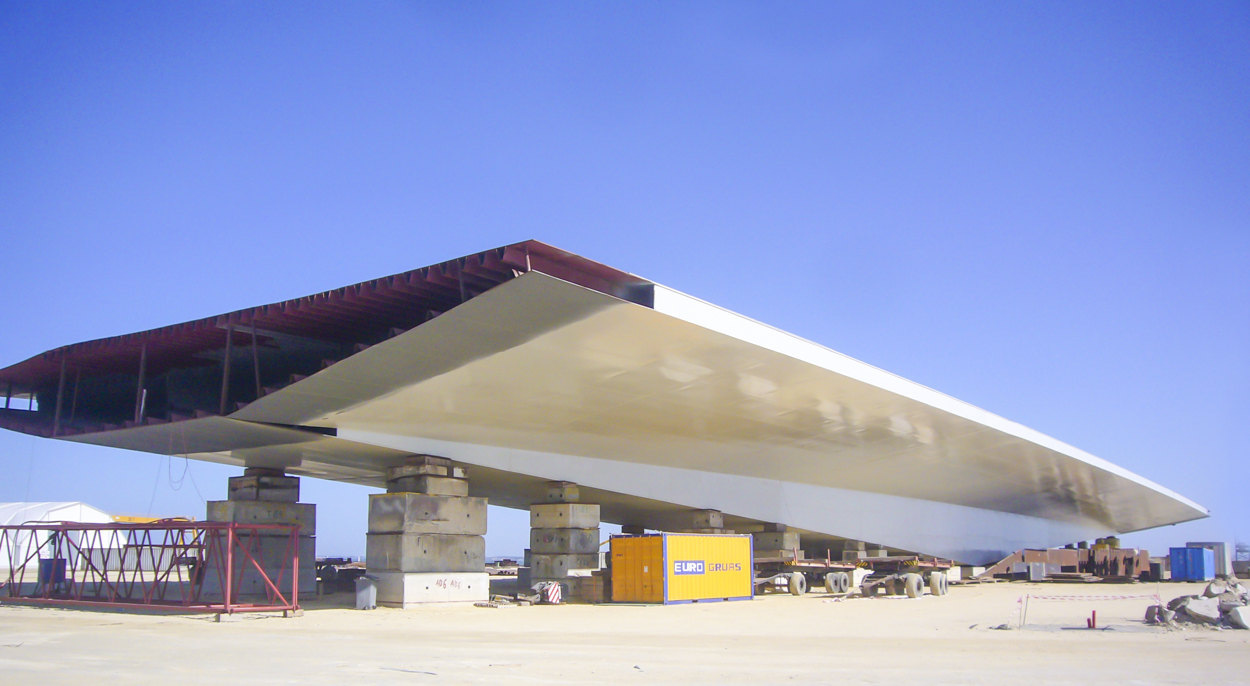 Approximately 150 m of the deck is demountable, in order to obtain an unlimited vertical clearance in a channel about 120 m wide. This part of the deck is solved applying a simply supported girder of a three-cell cross section, made completely from steel (upper orthotropic slab).  The demounting manoeuvres  use  heavy-lift systems, lowering the deck from a pontoon  that removes it from the channel during the passage of a vessel passage.

After winning the project in 2006, CFCSL has also been providing the services within the Office for Technical Assistance and Construction Processes Development of the Cadiz Bridge Temporary Consortium (Dragados-Drace), through the participation of 7 of its engineers at the Company HQ in Madrid and one stationed on-site in Cadiz.  This includes the supervision of the concrete deck project execution, control of the static and dynamic instrumentation, changes in the construction process for the optimisation of the chronograms in the cable-stayed stretch and various details in the demountable stretch and the project in general. The active participation in the geometric control and quality standards on site are also worth stressing.