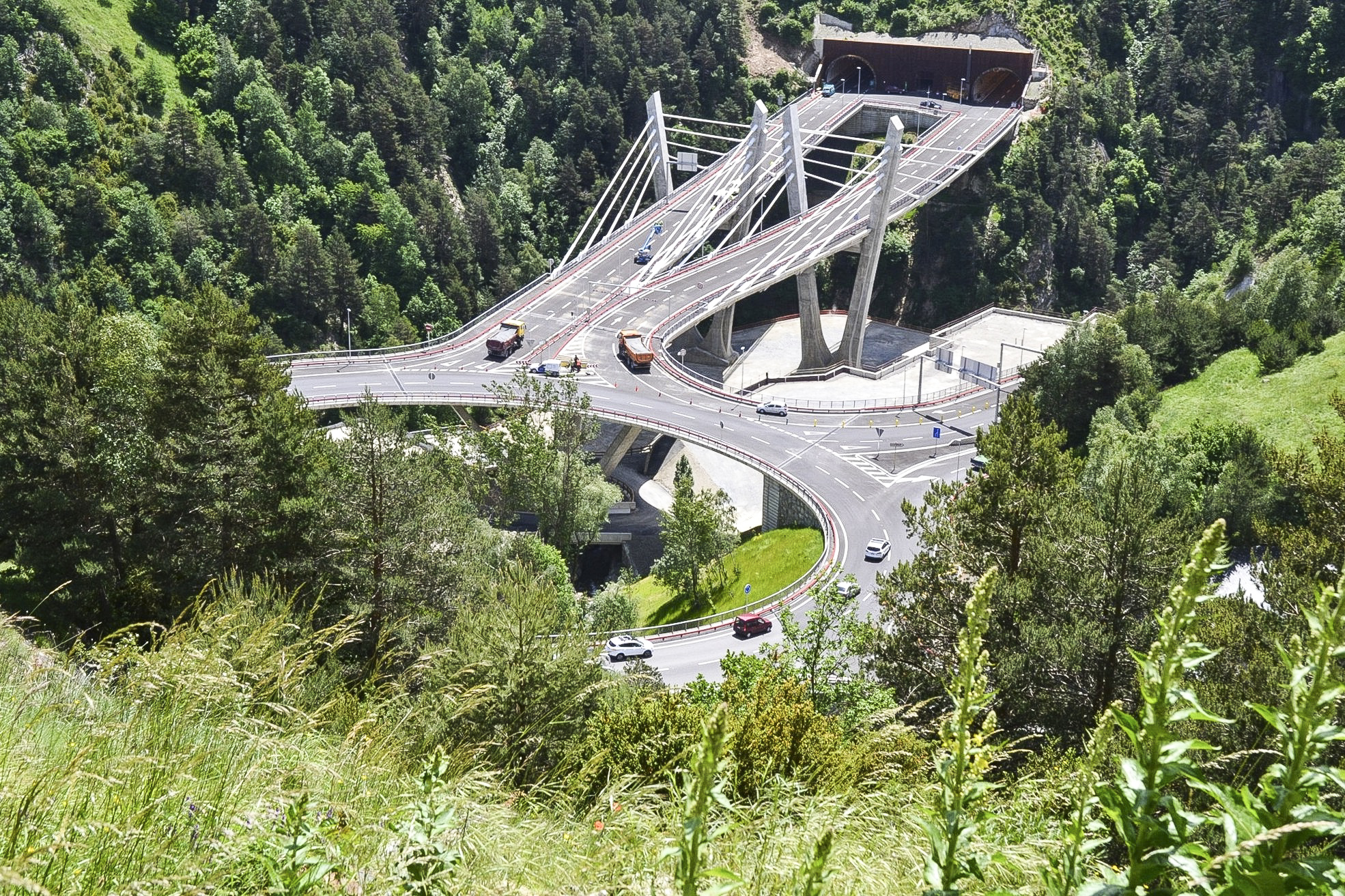 The Dos Valires Tunnel links the River Valira del Nord with the River Valira d’Orient. At its western end the Tunnel ends over the Valira del Nord, spanned by two bridges because the Tunnel itself is split in two. These bridges end up in a large-diameter roundabout, placed at a considerable height above ground. The roundabout is situated on a rough terrain, which is what forced us to build it elevated in its most part. The solution chosen was a prestressed concrete structure divided into six stretches, mutually connected by half joints. This is a major civil work, one of the most important ones ever undertaken in Andorra, second only to the large, recently built tunnels. 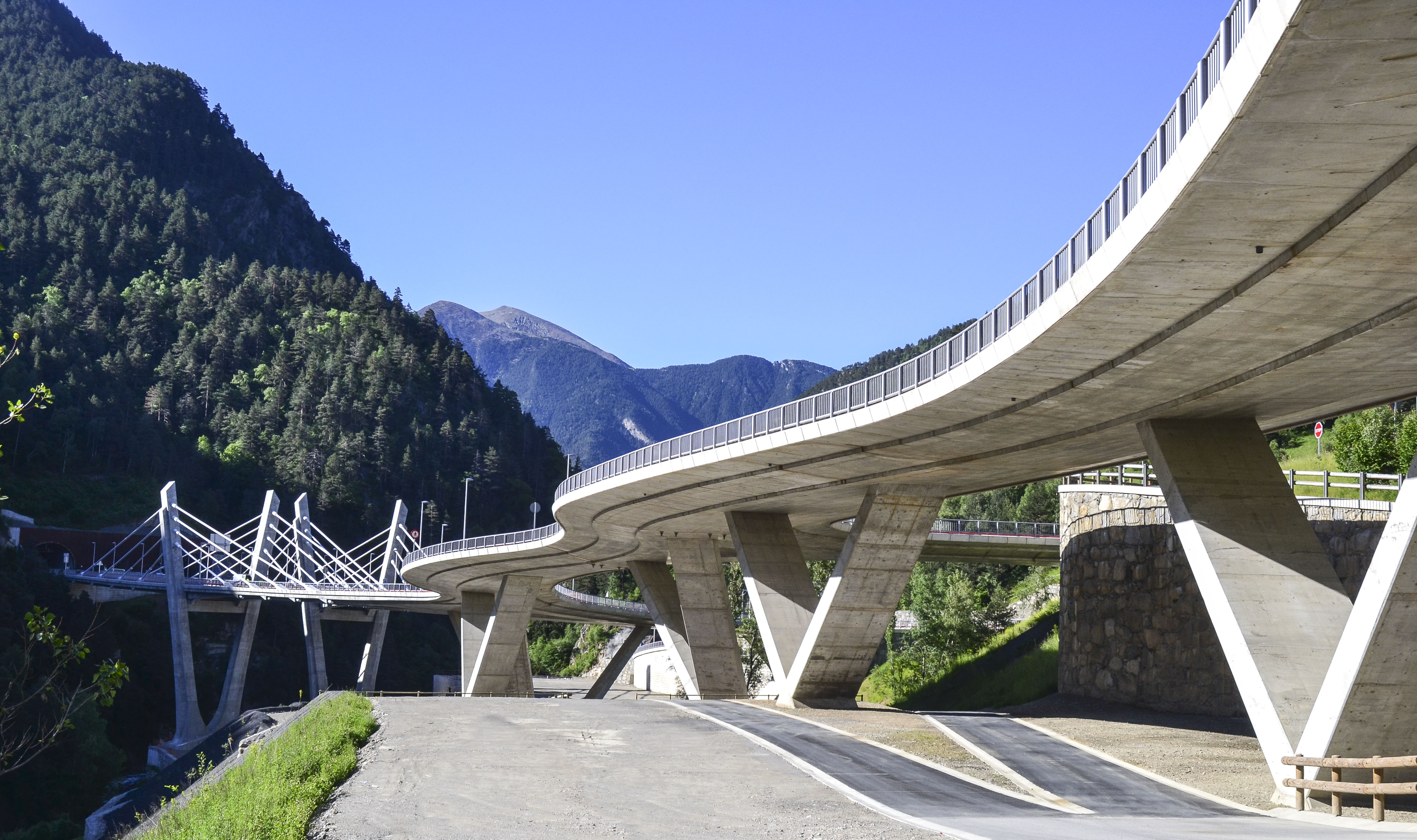 The main span is formed by two cable-stayed bridges over the river Valira del Nord, beginning at the tunnels’ exit and ending in the elevated roundabout. These bridges have two cable-stayed spans of 86 and 70 m in length respectively, with 13 m wide decks composed of two longitudinal girders mutually connected by means of transverse ribs. 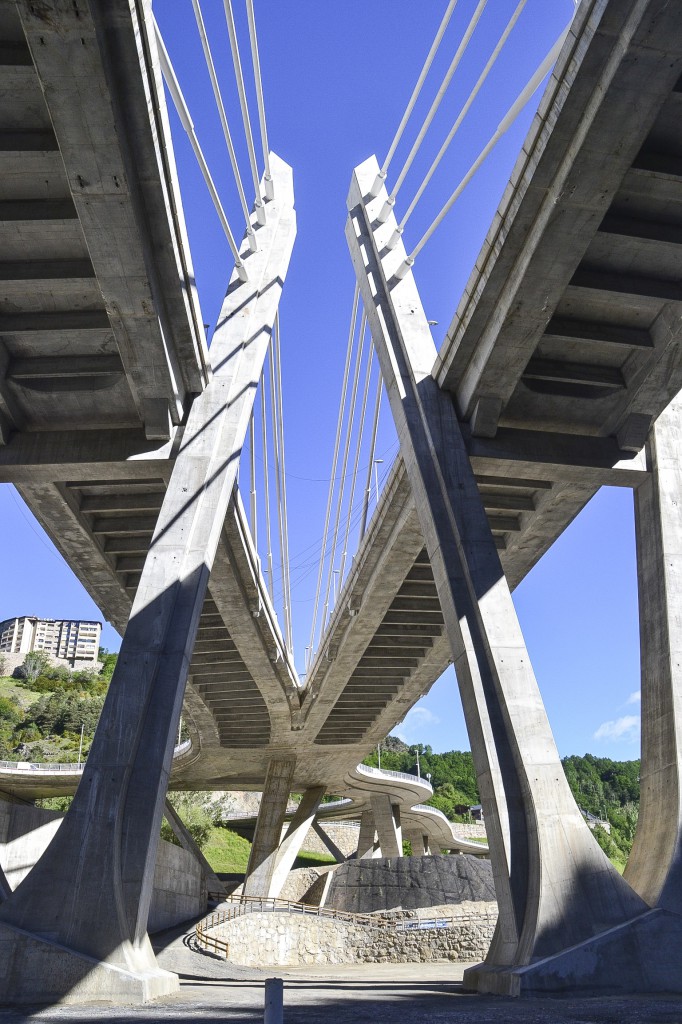