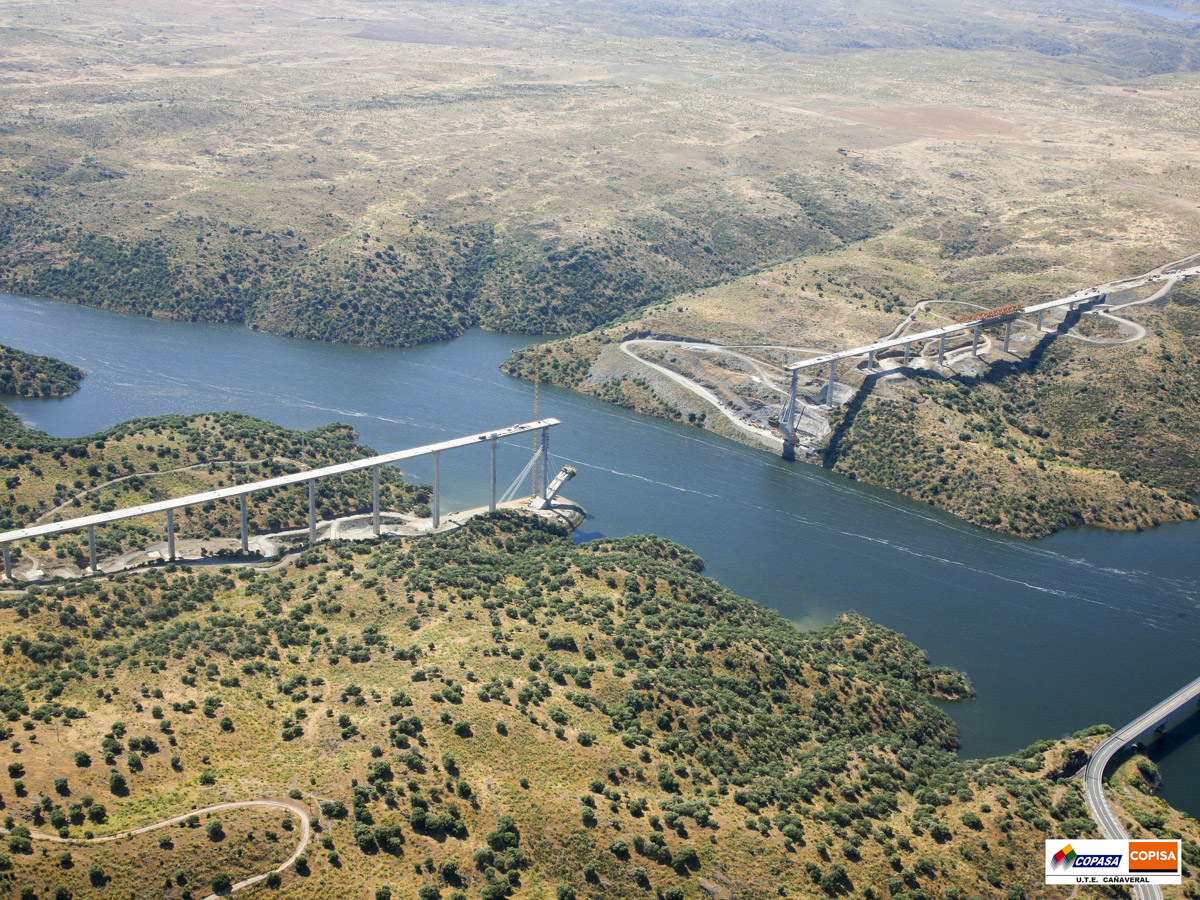 Borja Martín Martínez, a CFCSL civil engineer, updates us on the current progress on this bridge. The execution of the central arch is just beginning. It has a 324 m long span and its height is 90 m above the average reservoir water level (point 3 of the figure below): 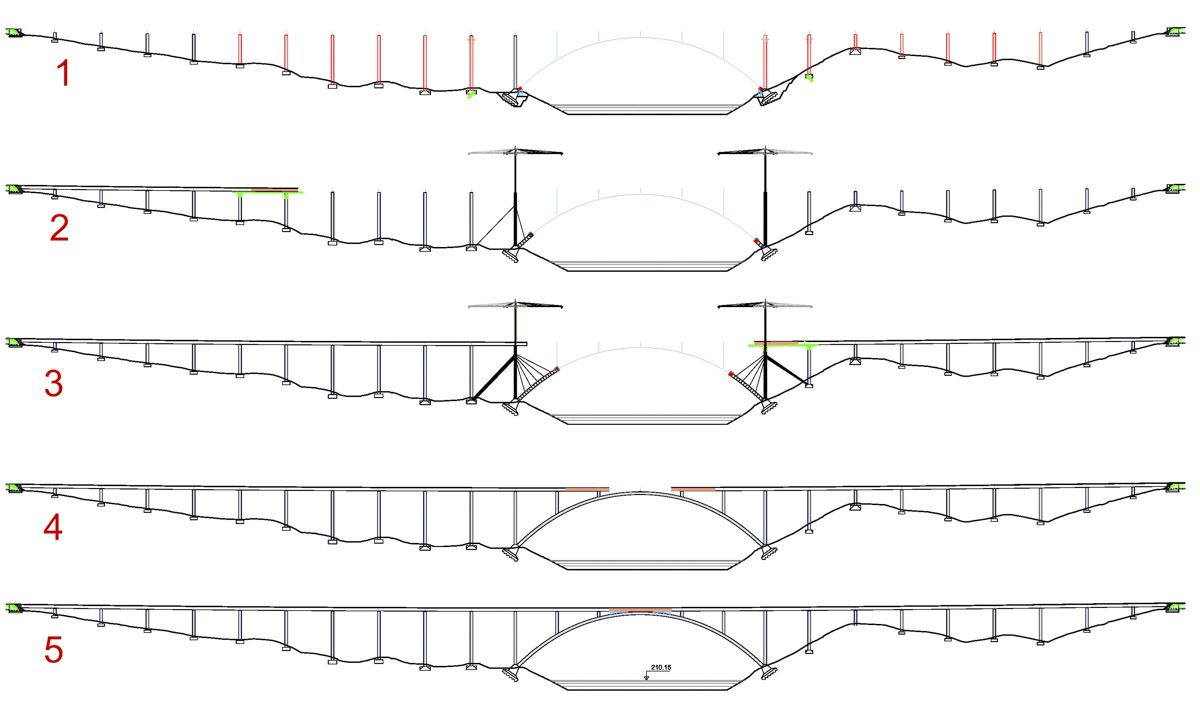 The approach spans on both margins are entirely completed.

A cycle of one segment per week has been achieved on both margins simultaneously; 14 segments of each semi-arch have been completed out of a total of 46.

In brief, the current advance percentage is: 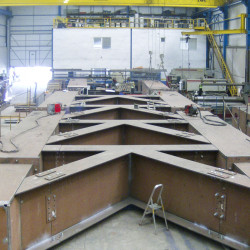 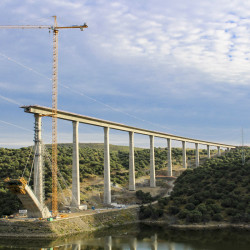 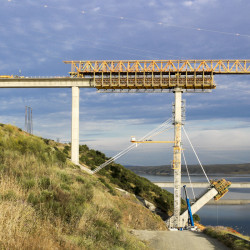