Viaduct over the Alcántara reservoir, two semi-arches getting closer.

The Railway Infrastructure Administrator (ADIF) promotes the construction of the section Cañaveral-Alcántara reservoir for the High-Speed Railway, in which we can find the viaduct over the Tagus River in the Alcántara reservoir, which will have a total length 1,488 m.

The main singularity of the viaduct is jumping over the Tagus river by a concrete arch of 324 m span (exceeding 261 m of the bridge over the Contreras reservoir, which is the current European record on railway concrete arch bridges Railway Bridge over the Contreras Reservoir, designed with a guideline obtained from a detailed study of optimization of permanent-load bending with an approximate to the antifunicular curve of this solicitation. 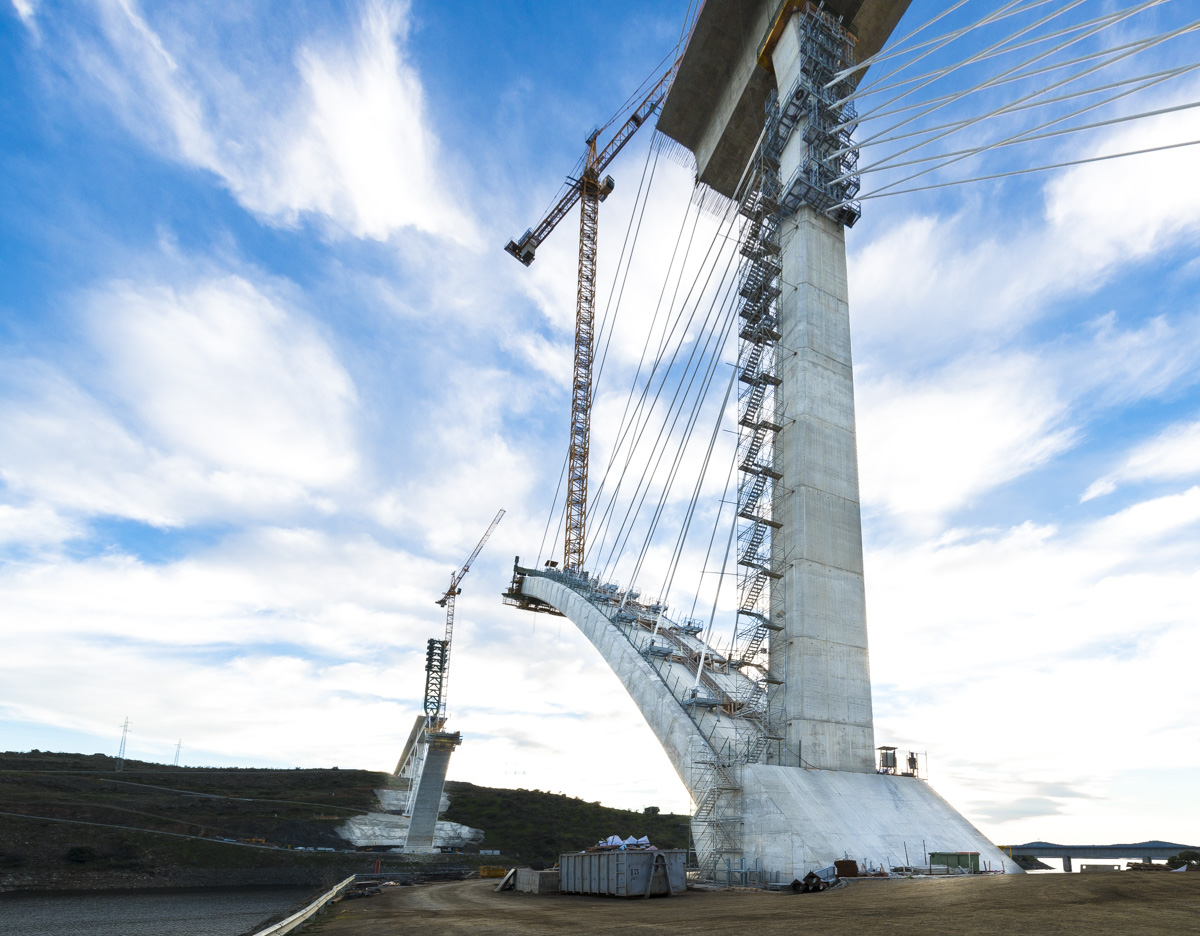 The thickness of webs and upper slab varies to achieve a state of maximum compression as homogeneous as possible. The characteristic strength of the concrete used is fck=70 MPa.

The arch is founded on sloped footings according to the thrust law and the tough conditions of the slope. 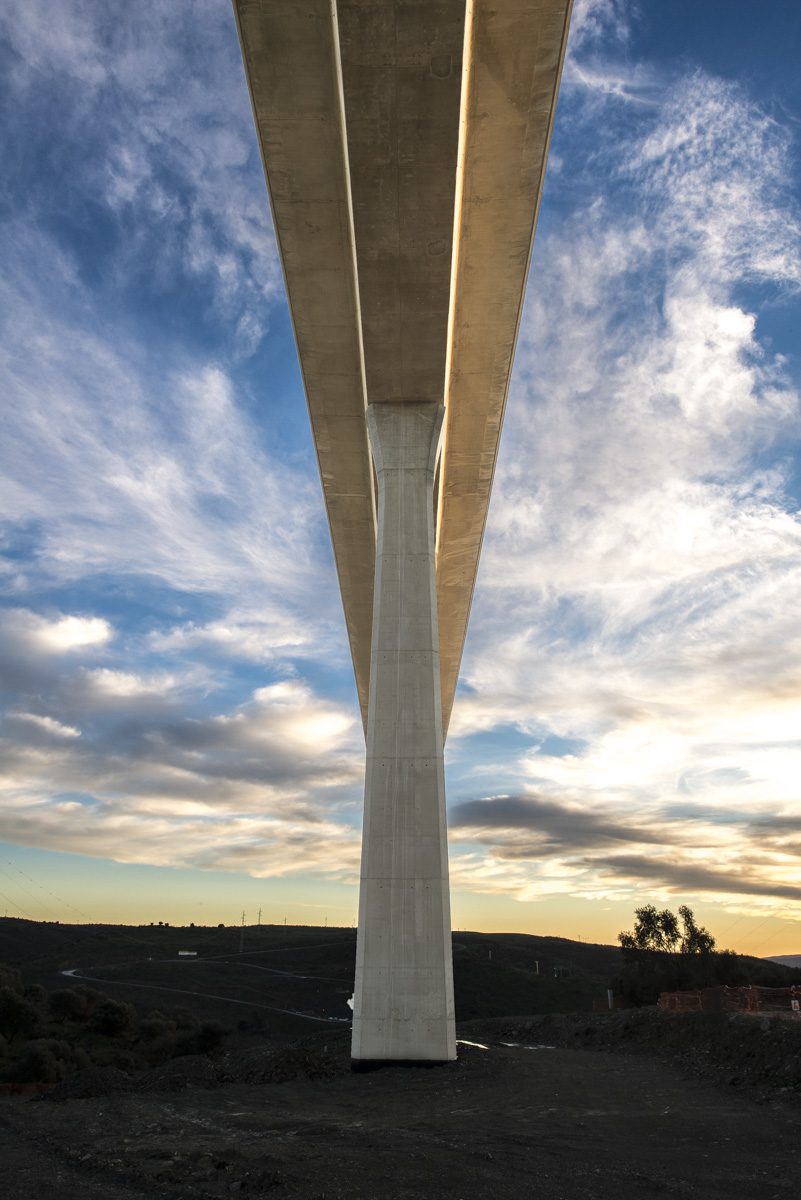 The construction of the Tagus viaduct for High-Speed Railway Line between Madrid and Extremadura faces its most crucial stages this year. The structure of the two semi-arches already reached a considerable size, the 60% of the gauge bricks (segments of about 3.8 m in length) of which it consist been executed.

The provisional staying system of the arch’s cantilever is been executed now from the over 50 m in height metal pylons arranged on the board, in the vertical of the piers over the abutment of the arch, and making with each new stressing an adjustment of the load in the stay cables. Thus, it is possible to maintain a proper stress-strain state in the structure built at all times, enabling cantilever progress.

Carlos Fernández Casado, SL has a team of engineers on site responsible for monitoring the process, in coordination with the team UTE Cañaveral (COPISA-COPASA), which is responsible for the execution. 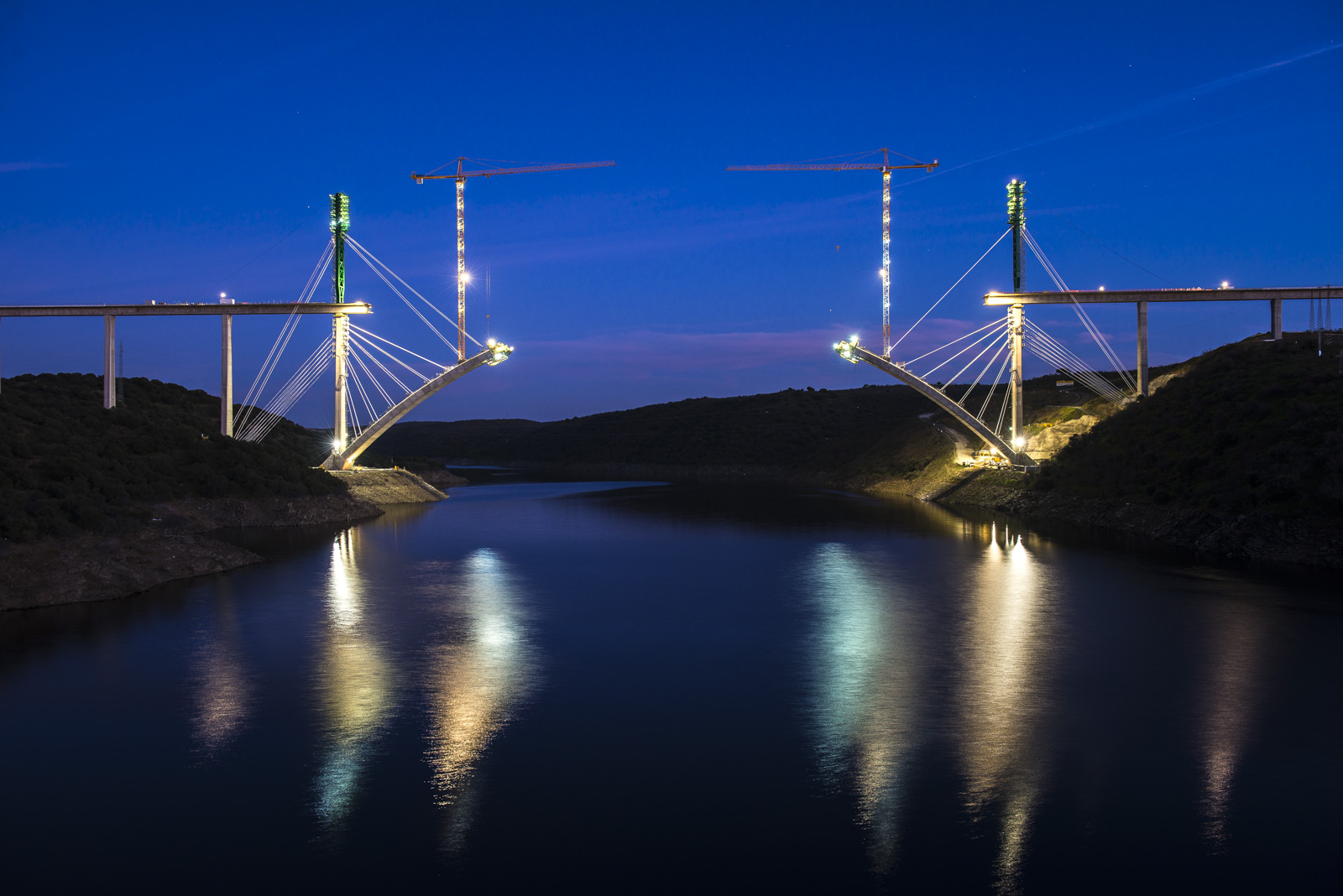 The quality of execution and the yields obtained so far are more than remarkable, and the work progresses steadily, having a singular appeal due to its uniqueness and the environment in which it’s set. 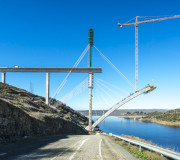 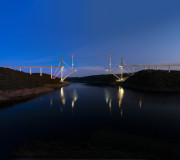 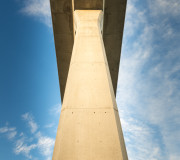 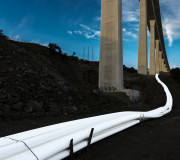 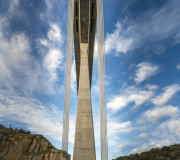 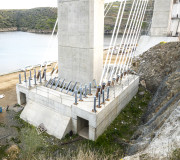 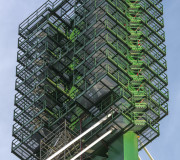 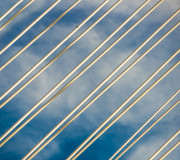 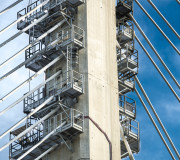 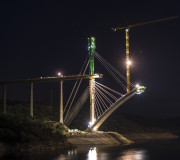 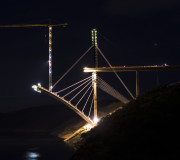 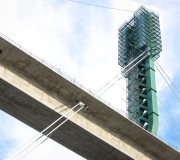 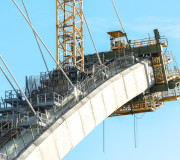 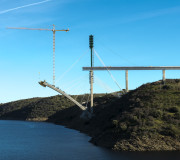 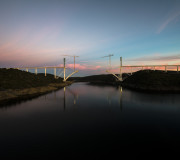 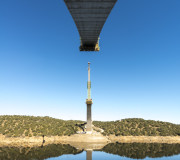 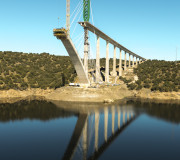 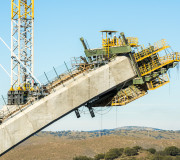 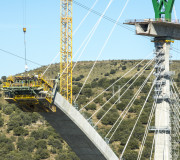 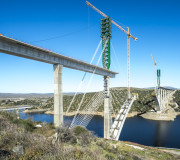 Video of the Alcántara viaduct by Adif.